We are doing a series where we are asking all our trip leaders’ mothers, how they feel about their daughters or sons leading trips and making travel their life! Presenting to you, first in this series, Captain Nero’s or Neeraj Narayanan’s mom.

Our extended family jokes that we do not have a son called Neeraj, that it is all a myth that we like to keep alive. They say so since he is always travelling, and no one ever gets to see him. I laugh sheepishly while trying to recollect where in the world he is at the moment.

Going back in time, I remember the long family sessions at the dining table, listening to his stories from college about sports and friends. Our doggy Hector sitting solemnly between Neeraj and Nishi, during these family chats. Neeraj would talk to us about his dreams to travel the world and especially his wanting to go to Spain for the bull- run. We would smile indulgently, never imagining that one day he was actually going to do so! 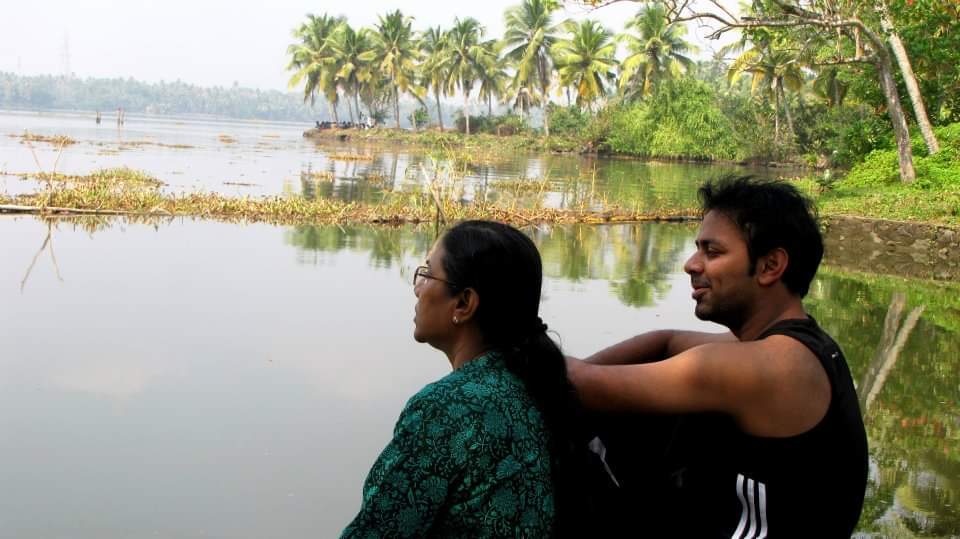 Even before he became a trip leader that you all know now, he was the same. I remember we were all wading in a natural pool of a resort in Kerala, built next to the backwaters. His 75 year old grandmother was sitting on a chair and looking at all of us and reminscing her childhood days when she used to swim in her village. Neeraj started coaxing her to come into the water, but she hesitantly refused. I kept telling him no because look at her age! She hadnt swum in over 55 years. But he didn’t listen and kept pushing her to join us, and finally almost lifted her and brought her into the pool. It was one of our happiest days, all of us in the pool, watching my mother swim in her saree.

Another time we were in Wayanad, and there is a cave on top of a mountain. Neeraj’s dad had had a heart attack some years back, so he did not want to climb, and both me and Nishi were mad at Neeraj for continuously telling him he could do it. Finally, he did take his father up and we all came down smiling. It’s impossible to reason with him if he has decided to make someone do something they don’t think they can.

A few years on, Neeraj casually tossed the news at us that he was quitting his job since his employer was reluctant to grant him a month’s leave. Dull parents that we were, we just nodded our heads and there was no hullabaloo or shock much to his dismay. Prone to dramatics, he was quite disappointed by our tame acceptance of such a momentous decision.

And off he went- to come back from the bull- run unscathed- if unscathed is the right word to describe a person who has blown all his life’s savings on one foolish whim. When he returned after a month in Europe, he decided to turn this passion for unorthodox travel into a career. So he decided to start small trips with fellow enthusiasts. This initial venture into untested waters, ultimately turned into what we now know as ON HIS OWN TRIP. It was a little worrying to us, because everyone in the family was either an engineer or a doctor. Nobody close to us ran their own business. 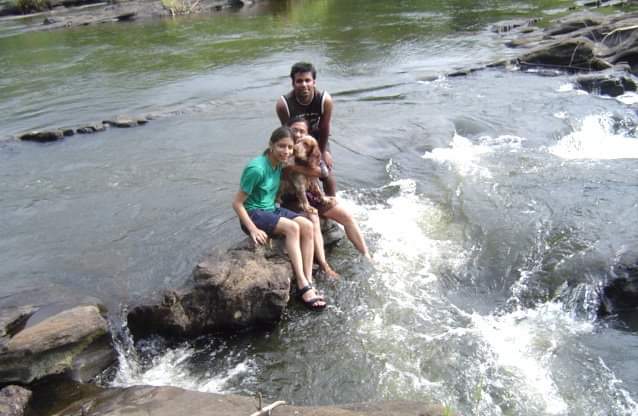 I wont talk much about his adventures, maybe because I guess you would have already heard it from him. Or maybe because I don’t think I know or want to know half of those adventures because it might scare me. There are times when I don’t even know which country he is in, as he goes missing in communication for days, sometimes weeks at a stretch. But he always returns home with a cheeky smile and a supposedly miraculous story of how someone went out of their way to help him. Too filmy, this child!

But as a mother, I cant help but feel proud to know that my son was a speaker at TEDx, was invited to be a speaker with National Geographic Adventure, and more.

The last seven years have been a roller- coaster ride- the many highs coming with all the appreciation and successes, and the few lows. Both have contributed in pushing him to greater strengths. I have to mention here, all those of his friends and well- wishers who have stood by him through thick and thin, and who have helped him in whatever way he needed without expecting anything in return. God bless them. He keeps talking about his friends at home, and we’d love to have them all over at our home in Kerala.

Always a little flamboyant, he jokes about his success, but keeps the dark side hidden from us. It frightens me to think of the dangerous situations he has put himself through and will continue to, because that is his nature- to strive for the impossible. Also the great responsibility involved in taking charge of new fellow travellers over and over again, every day.

Always ethical in his dealings with people, kind and considerate, he has made us very proud. I just wish he would keep his room clean when he is back home. And be a little more organised with his own stuff, so I don’t  have to chase a disappearing taxi with his wallet in one hand and the charger in the other. 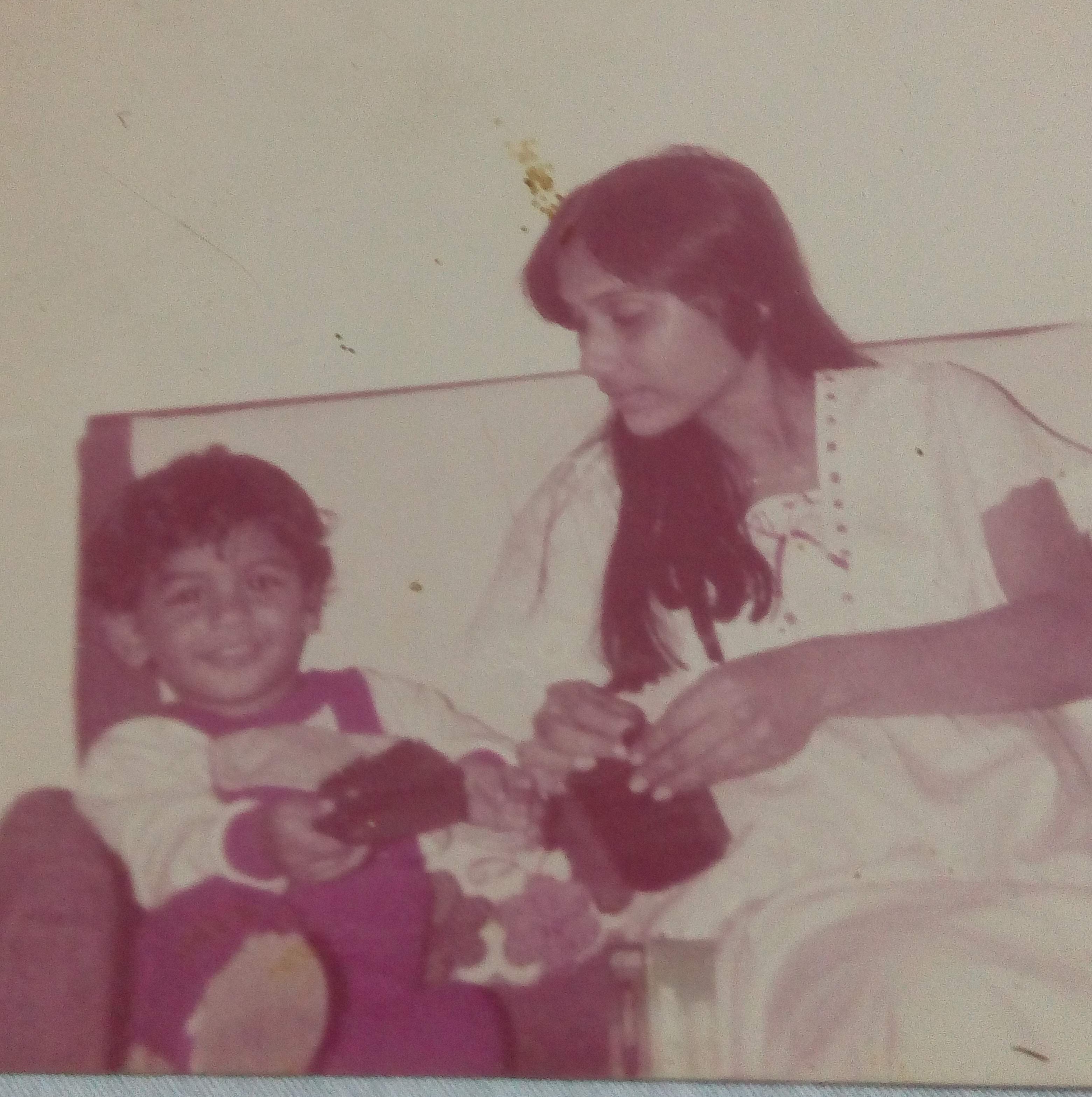