Ethiopia is famous for having a major cover of Africa’s mountains, for being the base for starting the Blue Nile River and of course, for some of the fastest runners in the world!

1. While Amharic is the official language, the country actually sees (sorry, hears!) people speaking in over 80 languages!

2. Meet the mighty country which is only one in Africa to have never been under complete colonial control! Even for the 6 years that Italy occupied them, they were constantly fighting back.

3. The country still follows the cultural belief of 13 months in a year as opposed to the western 12 months calendar. So, if you visit Ethiopia you could be leaving from your home country in one year but possibly landing into another. ?

4. And if the year bit sounds confusing then be prepared to be confused about the time too. They read the time differently. Sunrise is at 1 am and sunset is at 12. Following the sunset, the night clock sets in for 12 hours. Oh, what a time to live in!

5. Speaking of time, if the morning time means you need your daily cup of coffee to kickstart your day then you should know that Ethiopia deserves credit. Once upon a time a goat herder saw his goat fondly grazing on a plant. Curious, he tried it too. And voila, you and I are waking up to the bittersweet whiff years later.

6. Timket is an elaborate 3 days long festival celebrated here marking the baptism of Jesus Christ in the Jordan river.

7. In this festival the Ark of the Covenant plays a crucial role. Firstly, this Ark is believed to entail “the 10 commandments” and the Ethiopian Orthodox Tewahedo Church is said to house it.

8. In Ethiopia orthodox Christianity is followed, prohibiting the consumption of animal products, thus, ensuring a lot of vegetarian options in their cuisine

9. While this came to be contested, it was once believed that the earliest early man fossil was actually found here. Irrespective of whether its true or not, the people of Ethiopia are definitely some of the oldest to have been around in that case!

10. And when I mentioned the major cover of mountains in Africa, I actually meant 70% of the mountains of Africa!

1. A visit to a place cannot be complete without letting yourself take a glimpse into its culture. While modern day civilization takes us away from that, Omo Valley in Ethiopia will be your best shot to witness how this country’s folks lived in the early years.

2. Head to a Danakil Depression – one of the hottest places on Earth. There make sure to make way to the smoking mountain! Erta Ale is called so for being home not to one but two lava lakes. Now that’s a hot vacation. ? 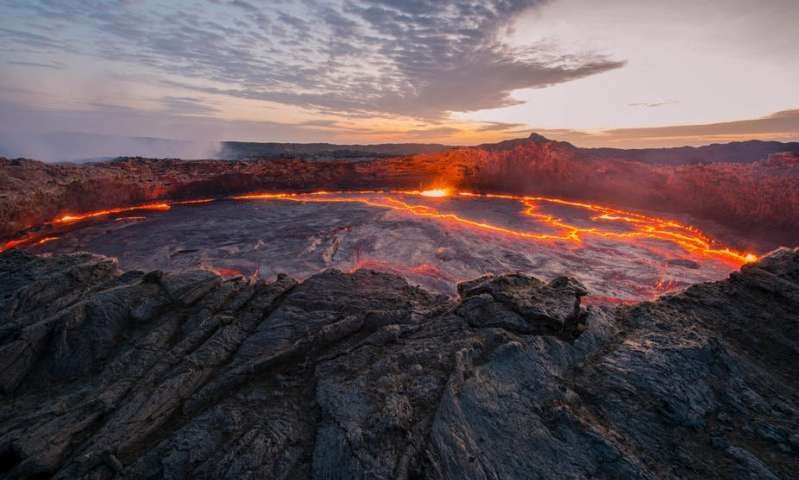 4. For another taste of heritage, go see the Gondar castles.

5. Visit Tana Lake for more of the myths and significance surrounding this water body which is considered an icon of the city.

6. And if the wildlife experience is what you seek, the Bale Mountain National Park is the place for you to visit.

7. Trek inside the Simiens Mountain National Park where your trekking experience won’t just include beautiful landscapes but also a chance to witness some incredible wildlife.

You can board a direct flight to Addis Ababa from Delhi. In case of flights with a layover you will generally stop over in Bahrain.

For your visa requirements please refer to the following page on our website: