When I woke up on June 8, I knew it was seven years to the day I had put up my first ever trip. The previous afternoon, I had a call with the team, and we were planning to do an Insta Live, and put up a post on the page. While I did expect a few people to send in congratulatory messages, I had no clue of the things that were going to happen.

First and foremost, a set of 6-7 of my closest friends decided to surprise the entire team. They secretly created a whatsapp group and started finding out the postal addresses of all of us. Not just the three trip leaders (Niyu, Saksh and me) and Radu (Ops Head), but even for Abhay and Abha (who have lead 1 and 2 trips respectively) as well as the people who help us out unconditionally (Shrimayi , Changu and Resh). Cakes and samose were being sent out, and the Great Indian delivery service was put at test.
The team didn’t have a clue.
In Kolkata, Rishabh came with a huge packet. Since I was playing tennis, I asked him to keep the packet aside, and pick up a racquet instead. For the next hour, we rallied and played ball. By the time the delightful game ended, the Pepsi was hot, the samose were cold and the cake, well it was still delicious. As the clock ticked, each OHOT member started receiving cakes or samose at their houses and a flurry of messages ensued. There were goofups too. Niyati received a happy anniversary cake, on which a boy was bent on one knee, proposing to a girl. Since she was at her friend’s house and her parents received the cake at theirs, they were probably nonplussed to see the Anniversary cake.
In the online world, the messages just did not stop. I had expected some close friends to wish me, but messages came in from trippers who had probably come 3-4 years ago, people who had never come but had been following the page. People wrote how the trips had changed them, someone wrote how it was their happiest seven days in life. Mounika sent in a video, Ashni sent in a super cute clip of some of the book quotes she had written down in a diary; a very warm letter came in; the Insta stories kept pouring in. When we did the Insta live that night, someone messaged me later saying that they had finished their work out and had to take a bath around the same time, so they heard the whole Live conversation while bathing. Haha, I wish we had been more interesting, for all that effort this person took.
By 1 am, I was overwhelmed. I hadn’t even had dinner, and I wasn’t getting a moment’s break between replying to everyone’s messages. Overwhelmed with all the love, overwhelmed with how unconditional it all was. I am used to love and warmth every day, I am happy every day, but I think the love that poured in this day, made me remember a couple of days when my book had released and the universe had been treating me special. A part of me also felt, as always, that I didn’t deserve all this, that how cool would it be if everyone could get the same amount of warmth.

June 8 was just a day. Seven years is just a number, its not even 25 or 50. But so much gratitude to everyone who made it special. I promise that On His Own Trip will try its best always, to keep fostering bonds on trips, to keep going to uncharted destinations and show people beauty, to keep pushing people’s physical limits, and to keep writing more and more stories of Humans of OHOT. 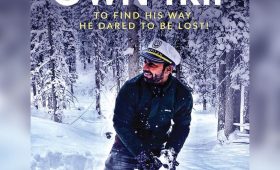