From the tropical islands of Hawaii to the desert landscape of the Grand Canyon, as well as mountains and forests, you’ll never be out of choices in this country. Here are some of the most interesting facts about the Unites States of America!

1. In 1783, the United States became the first country to gain independence from a European power.

3.     Its flag was designed by a high school student. The current US flag features 50 stars and was designed by Robert G. Heft. Heft initially created the American flag in 1958 as the school project during his junior year in high school. Heft scored a B- in his project but was promised by Stanley Pratt, his teacher, that his grade would be reconsidered if the United States Congress was to accept the design for the flag. Heft’s design was not only chosen but also adopted by the 1959 presidential proclamation.

5.     In the US, pizza surpasses burgers as the nation’s favourite fast food. According to the pizza industry trade organization in the US, about 100 acres of pizza is served every day.

6.     Speaking of fast food, did you know that more than one-third of adults in the United States are obese? Obesity costs Americans $147 billion each year. Colorado has the lowest obesity rates.

7.     Did you know Russia sold Alaska to the United States for 2 cents per acre? Talk about a bargain buy! The largest state in the nation by far is Alaska, and it came cheap at just $7.2 million total. In just 50 years following the purchase, America made their money back more than 100 times over. The Russians probably didn’t know about the gold, right?

8.     Michael Phelps, a retired swimmer, from the United States is the most decorated and the most successful Olympian of all times. He has won 28 medals.

9.     The U.S. is the world’s largest consumer of cocaine which is allegedly shipped from Colombia.

10.  The United States experiences the highest rate of tornadoes of any country in the world. On an average, the country deals with more than 1000 tornadoes every year!

11.  Statistically, the deadliest job in America is of a president. Of the 45 men who’ve held the post, four have been assassinated in office — a rate of roughly 9 per cent (or about one in 10) killed on the job.

12.  Three of the world’s five oldest rivers flow in the United States: The New, the Susquehanna, and the French Broad Rivers are each millions of years old.

13.  Also, there is enough water in Lake Superior to cover the entire landmass of North and South America in one foot of liquid.

14.  The United States invented the internet. The history of the internet dates back to the 1950s when electronic computers were being developed. During the early 1960s, the US Department of Defense granted contracts for packet network systems. ARPANET was the first switching network to be developed.

17.  Did you know that a US company is trying to build a human colony on Mars? It takes about 7 months to get to Mars from the Earth. Musk and SpaceX have proposed the development of Mars transportation infrastructure in order to facilitate the eventual colonization of Mars.

18.  One of the many interesting facts about the USA, which shows their power and influence over the world. GPS is being used worldwide, but I think few people are aware that it’s controlled and owned by the American government. They also have the possibility to shut it down at any time.

The USA has plenty of international airports catering plethora of international flights arriving from various parts of the world. All the metropolis cities of America like New York, Boston, Chicago, San Francisco, etc. have their own international airports from where regular USA flights keep flying in and out. One can board a flight from the major Indian cities via Air India, Etihad Airways, United Airlines, American Airlines, Delta Airlines, Air France and many more. However, there are no direct flights from India to America.

The Grand Canyon: Spreading over 277 miles, the Grand Canyon is a huge tourist attraction, featuring on the bucket list of many. Located in the state of Arizona in the United States of America, the Canyon is an exquisite piece of nature. From hiking to rafting, it has a plethora of activities which is a plus for all the adventure junkies out there and the breath-taking view of the Canyon will make your holiday picture-perfect. So, there’s no doubt that visiting Grand Canyon is always a good idea!

Yellowstone National Park: Yellowstone National Park is without a doubt one of the most iconic places to visit in the United States. The park is famous for its spectacular scenery, diverse flora and fauna, and fascinating geothermal wonders. Yellowstone boasts the world’s largest number of active geysers and offers a window into the powerful forces deep beneath the earth’s crust. Because it lies on top of a super-volcano, the area is literally a hotbed of geothermal activity.

New Orleans: New Orleans is known for its European-style architecture, mouth-watering Creole cuisine and all-around good-time vibes. And as its backbone is music: Jazz, blues, rock ‘n’ roll and Zydeco tunes ooze from every city crevice. It is one of the most eclectic and vibrant cities in the United States. 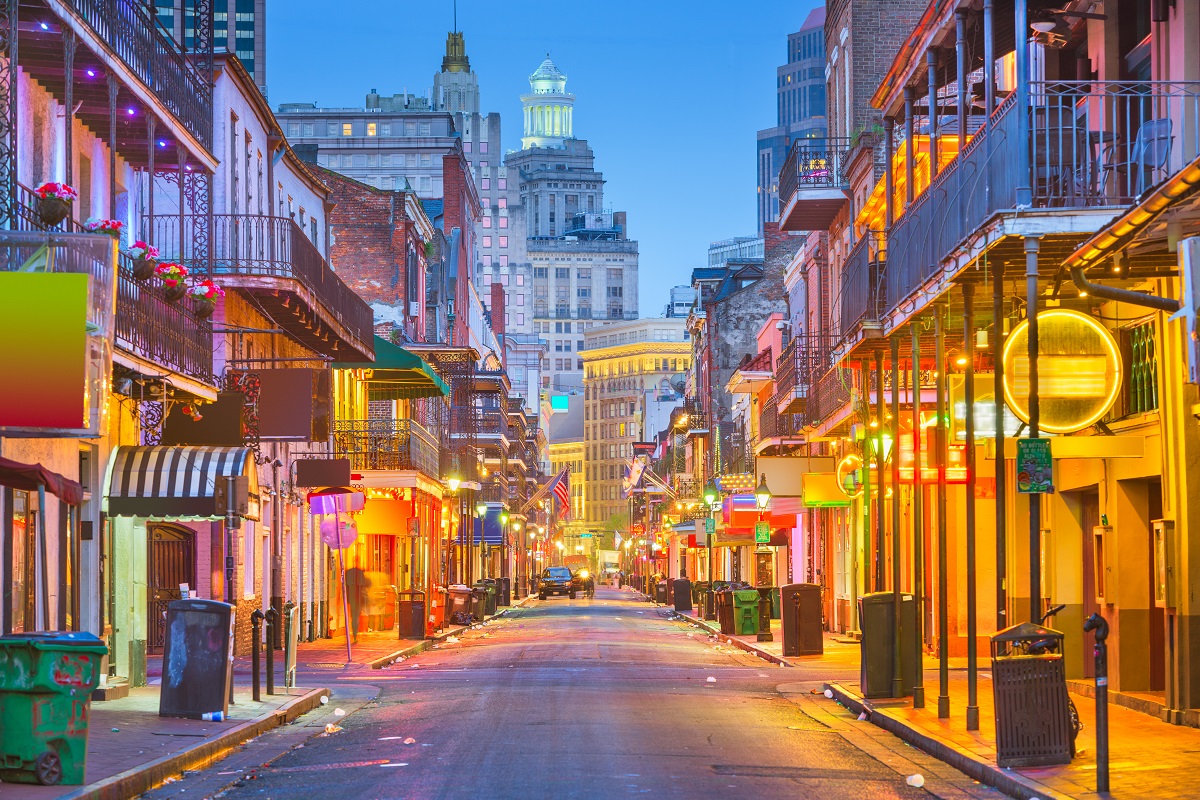 Hawaii: From the natural beauty of its beaches and volcanoes to its rich Pacific culture, Hawaii is the perfect destination if you’re looking to really get away from it all. Offering a plethora of activities and picturesque beaches, Hawaii serves as one of the best tropical destinations of all times. Go hiking on the island of Kauai, see humpback whales in Maui, or play with fire at Hawaii Volcanoes National Park.

Big Sur: The drive down the coast of California on California Highway 1, aka the Pacific Coast Highway, is legendary. The road through Big Sur and the Central Coast, covering about 163 miles from Carmel to San Simeon, is a visual feast of winding turns and cliffs with the waves of the blue Pacific as a backdrop. This epic Mediterranean-style stretch of California coast has been called the “American Riviera,” and it’s one of America’s most stunning destinations.

Fairbanks: Head to this place if you want to enjoy the surreal beauty of the Northern Lights. The city is located inside the Auroral Oval—the area that hovers over the North Pole—which means more chances to see the Aurora Borealis. If the Northern Lights are on your bucket list, watch them in style with these over-the-top excursions, from relaxing in hot springs to snowmobile adventures to sleeping under the lights in a trendy dome.