Home > Blog > Tales, Inspiration, Adventure > Travelling Chapati: An Indie rescue dog backpacking across the globe with a Ukrainian couple
Liked this post? Share it with others.
Share

Stories of most backpackers will usually tell you how traveling on a budget was crucial for them to fulfil all their wanderlust dreams. That’s how Ukranian couple Eugene PetrusEugene Petruswound up in Chennai. Kochi wasn’t in their plan but it was the cheapest ticket from Kiev. But clearly this was destined as very early into their adventurers itself they became the family of a skinny little India pup. As the couple explored the rustic nooks and corners of Fort Kochi, they bumped into a little pup who was on the verge of dying due to starvation. The dog lovers sprang into action and got her the medical attention she desperately needed. Thereafter, they nourished and nursed her. And little did they know but she soon became family and there they were, Googling ways to travel with a dog. 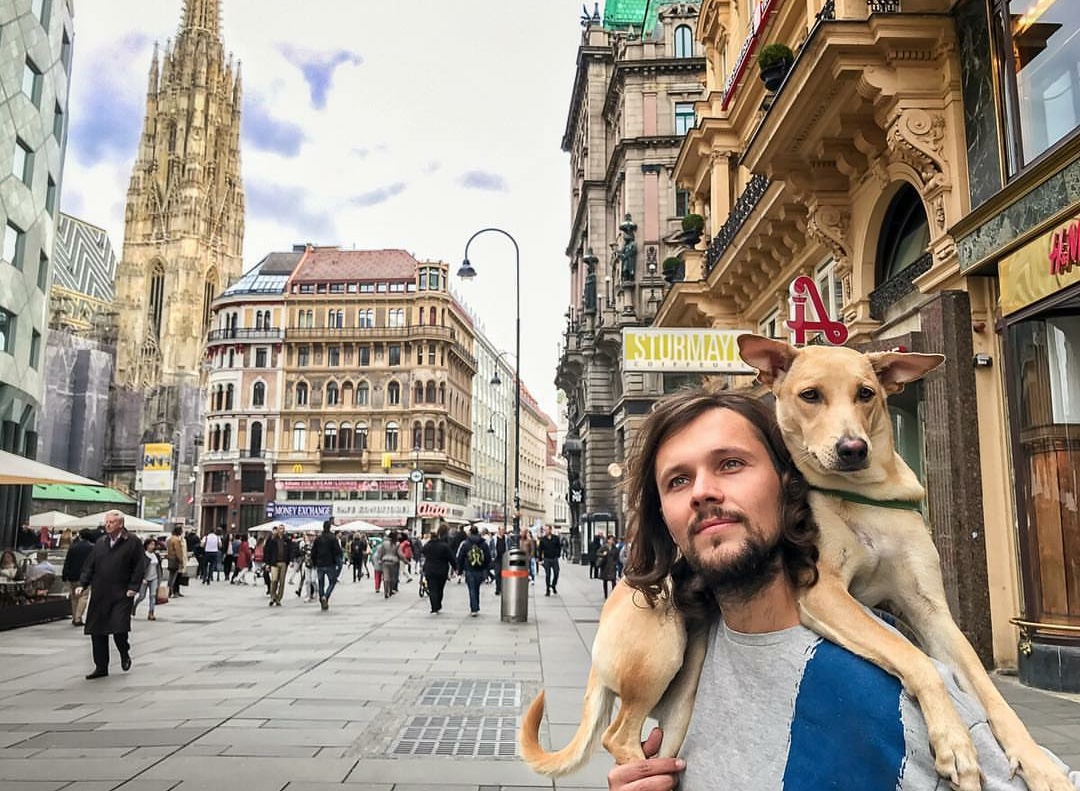 While the explorers were beginning to get familiar with India, they learnt the local lingo. They looked at their little cuddly friend and thought “Chapati”! Chapati was soon adopted and at the forefront of the couple’s travel plans. They specifically chose locations where they new their little one would be welcomed. After travelling across India, Chapati then trekked up the stunning peaks of Nepal in her parents’ jackets and played in the waves on the beaches of Thailand. This adventurer has travelled to Italy, Austria, Poland, Slovenia, Prague, Istanbul, Bulgaria, Romania, Albania, etc. She has visited over 20 countries! Gosh, I would love to exchange my passport with Chapati right about now ? 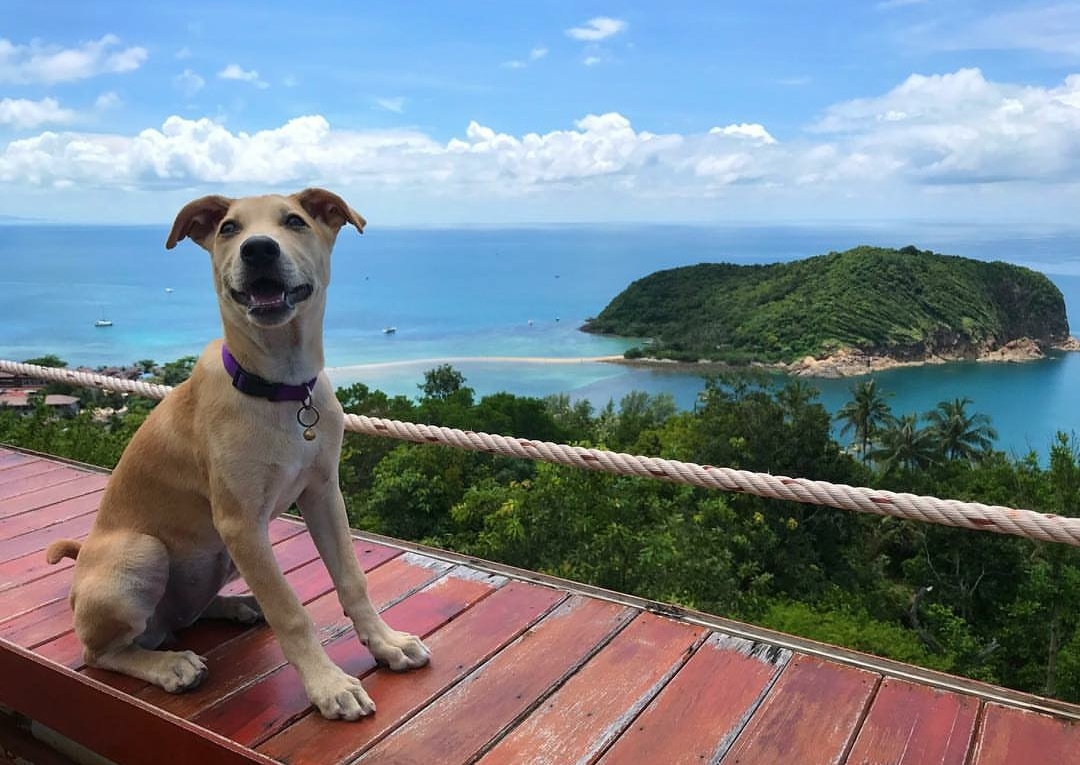 Travelling on a budget presents its own challenges and travelling with a pet would only add to it. There’s added expenses, restricted entry and scope of catching fleas and diseases. That’s what makes Eugene and Kristina so inspiring. Their love for Chapati has let them be motivated to the point that they take on all these challenges. The couple aims to inspire more travellers to travel with their pets and also to increase awareness about the unique breed of Indie dogs. The breed is often neglected in India itself and this backpacking couple wants to show the world that these pups are just as smart and lovable as purebred ones. 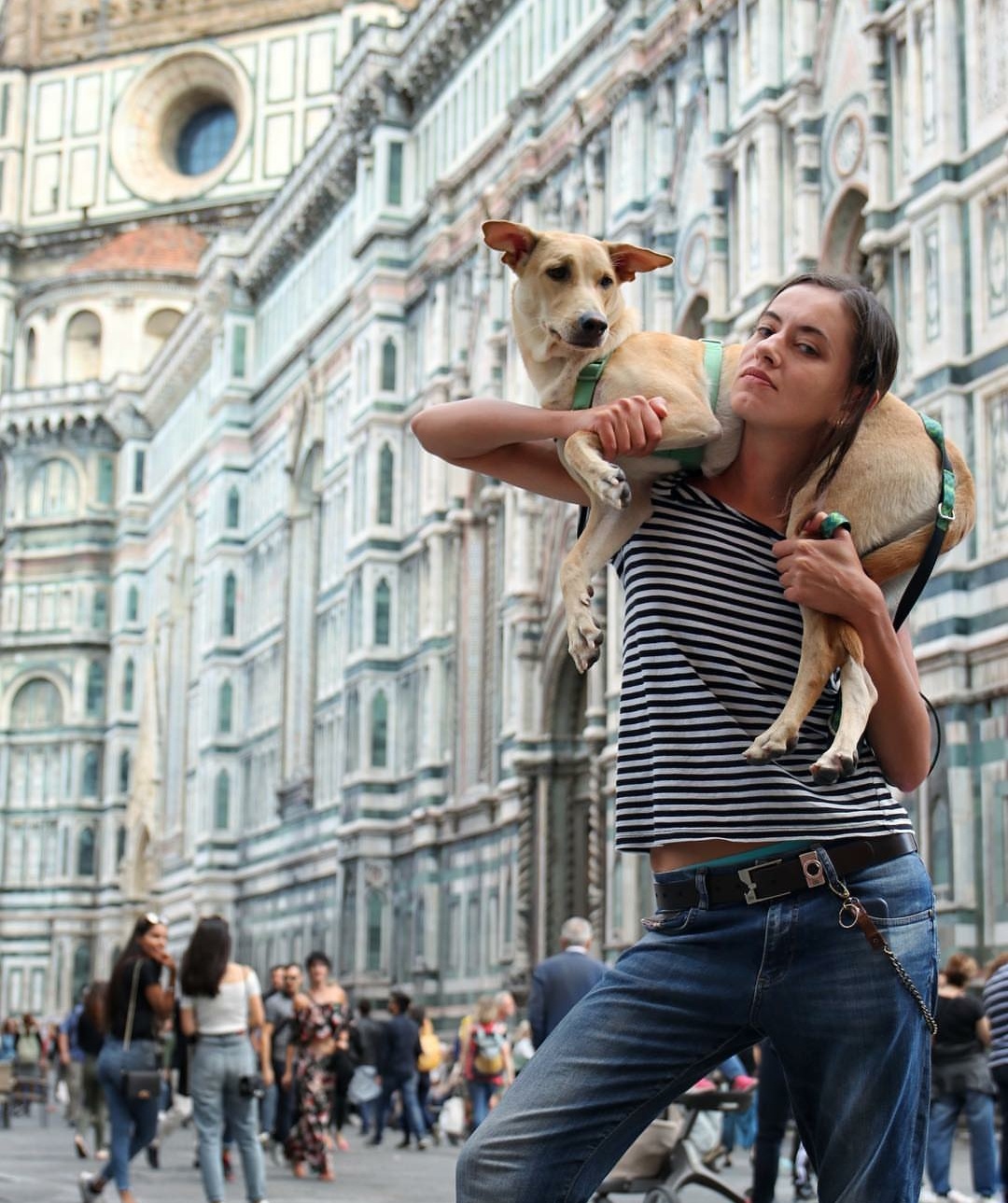 If you read about her adventures you will learn about the time, she spent a day playing at a beach with other dogs on the go or about how a local barista gave her a special bowl for food and water. You will see Chapati posing in front of monuments and in the arms of folk dancers. Kristina stated in an interview how people not only marvel about the fact that she is a travelling dog but also on her breed. Unknown in other parts of the world, little Chapati makes herself known. 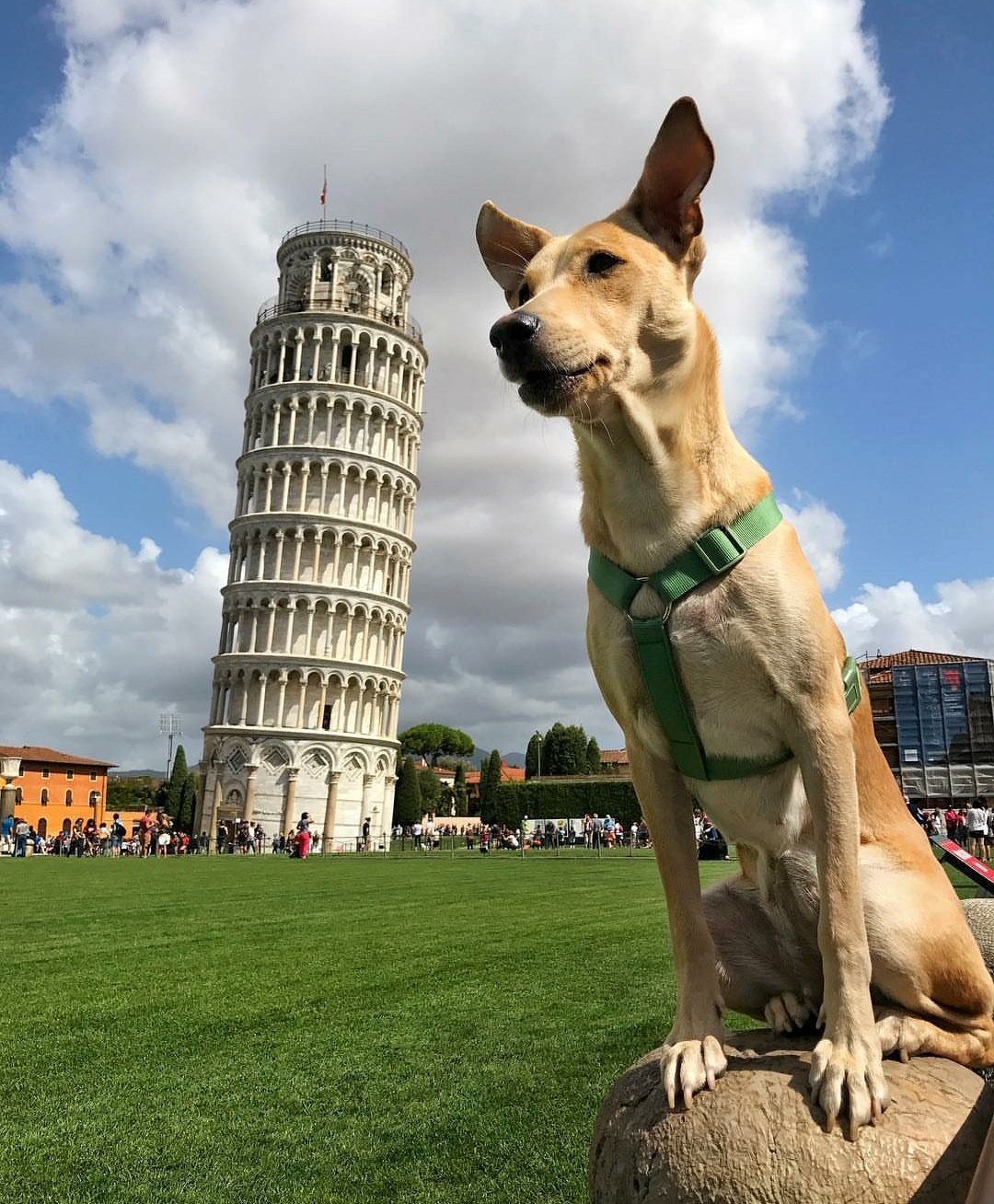 The avid traveller that she is, Chapati is comfortable in all modes of transportation – buses and trains, planes, cars, rikshaws, ferries, catamaran, you name it! Krisitina stated that now when they start packing their bags, Chapati starts hopping and wagging her tale in excitement, eager for her next adventure. I’m hoping that one day I’ll bump into her in a far off continent to take her for a sprint, give her a treat and lots of hugs!