I have a small confession to make. During the first couple of years when I was leading trips for On His Own Trip, I was doing everything all by myself. Of course I knew that over time I would have more trip leaders with me. But I was wondering initially if I would hire girl trip leaders. For practical reasons.

a) Lets say the whole group is in the mountains. In the middle of nowhere. At night. Would a girl trip leader be able to run back a few kilometres and get a mechanic. What if it happened at late night? I am sure she could, but would I not keep worrying about her sitting in my city or in some other trip?

b) A trip leader should ideally be fitter than the whole batch. Only if you are better at many things, if you are if at the top of your game, you instantly command respect from your group. Would a girl trip leader regularly beat guys at treks, in swimming, in physical sports.

I realized very soon that all these concerns were ridiculous on my part.

It’s amusing that today we are five six trip leaders, out of which Harsh is the only boy besides me. And Niyati Saxena, Sakshi Pant are my first full time trip leaders, and Shazia, Pooja, and Abha have all lead trips for us. I jokingly tell my team that at the rate at which we are going, the brand might just become “This Girl’s On Her Own Trip” instead of “This Guy” which came into existence in 2012 when I was the sole person here.

It gives me immense happiness to say that those early thoughts were absolutely unfounded. That all these girls in my team are brilliant. I look at Sakshi Pant and she is a monkey. Not just does she befriend people within seconds, she can climb any mountain like a goat, a ram. I remember once last July when Sakshi was co-leading a monsoon weekend trip with me. Rarely are two trip leaders on the same trip, and rarely do we ever meet cos we are all on different trips, so to have each other on a trip is a very happy experience. 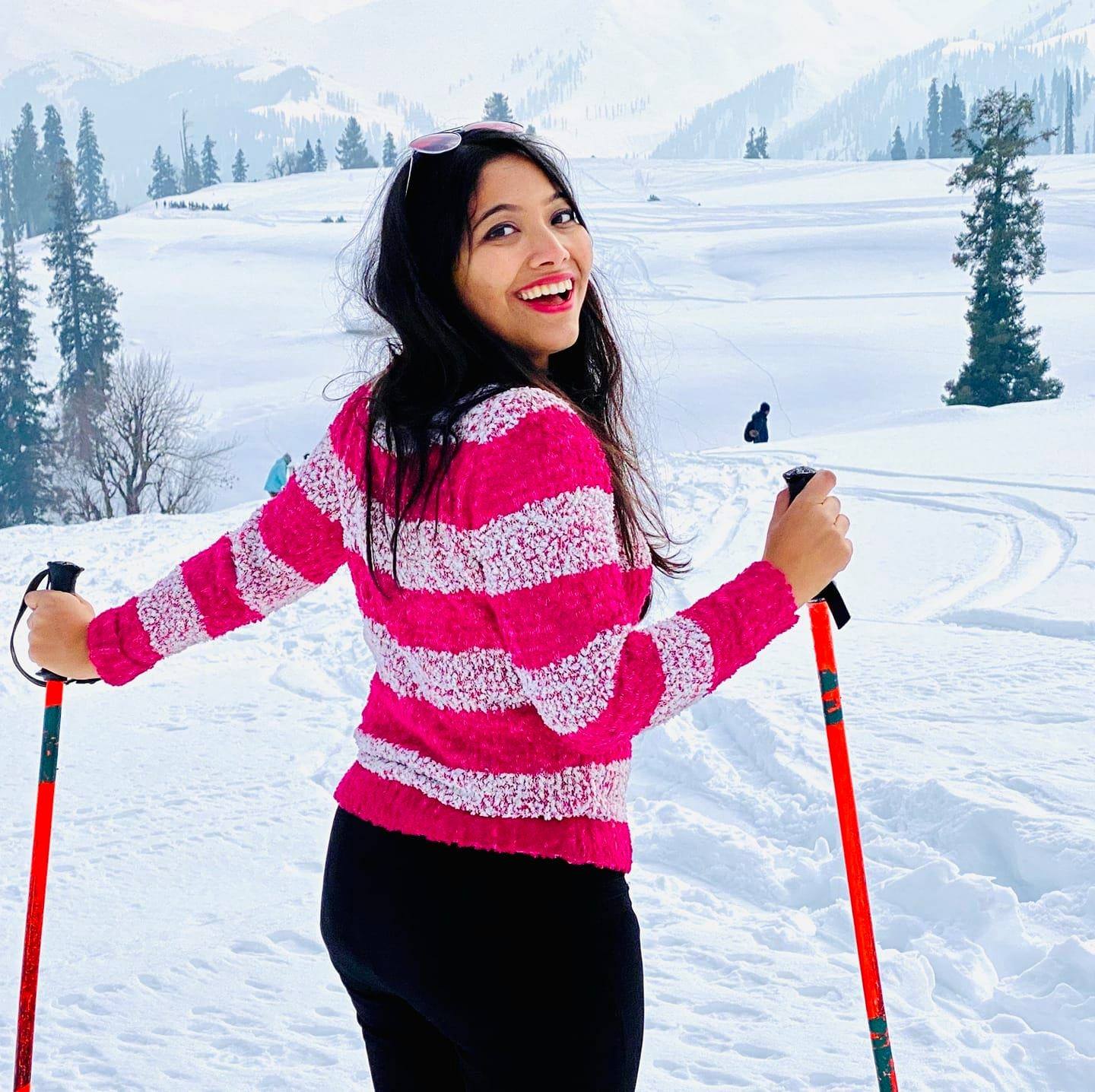 It was the rainiest day in Maharashtra for years, and we were being absolutely pelted by the water as we trekked up a mountain to a gorgeous waterfall. One of the girl trippers was quite slow and was way behind everyone else, walking with a local guide. Halfway, 6 or 7 of us decided to wait for those two. 15 -20 minutes later, nobody arrived. Sakshi and me kept looking down the mountain. After sometime, we saw the guide come to us. And he said that the tripper had given up, so he had asked her to wait there till we all got back after the trek. “What, wait for 4 – 5 hours!!!” I exclaimed.

So here’s the thing. At On His Own Trip, no trip leader will ever let anyone give up. I just don’t get how other trek leaders in other companies let people do that. I don’t think I have ever known a moment on my trips where any tripper did not complete a trek, whatever the conditions. A lot of times, a lot of people have sat down, given up, said they can’t do, but we always get them to complete it. A trek is more about the mind, than the body. 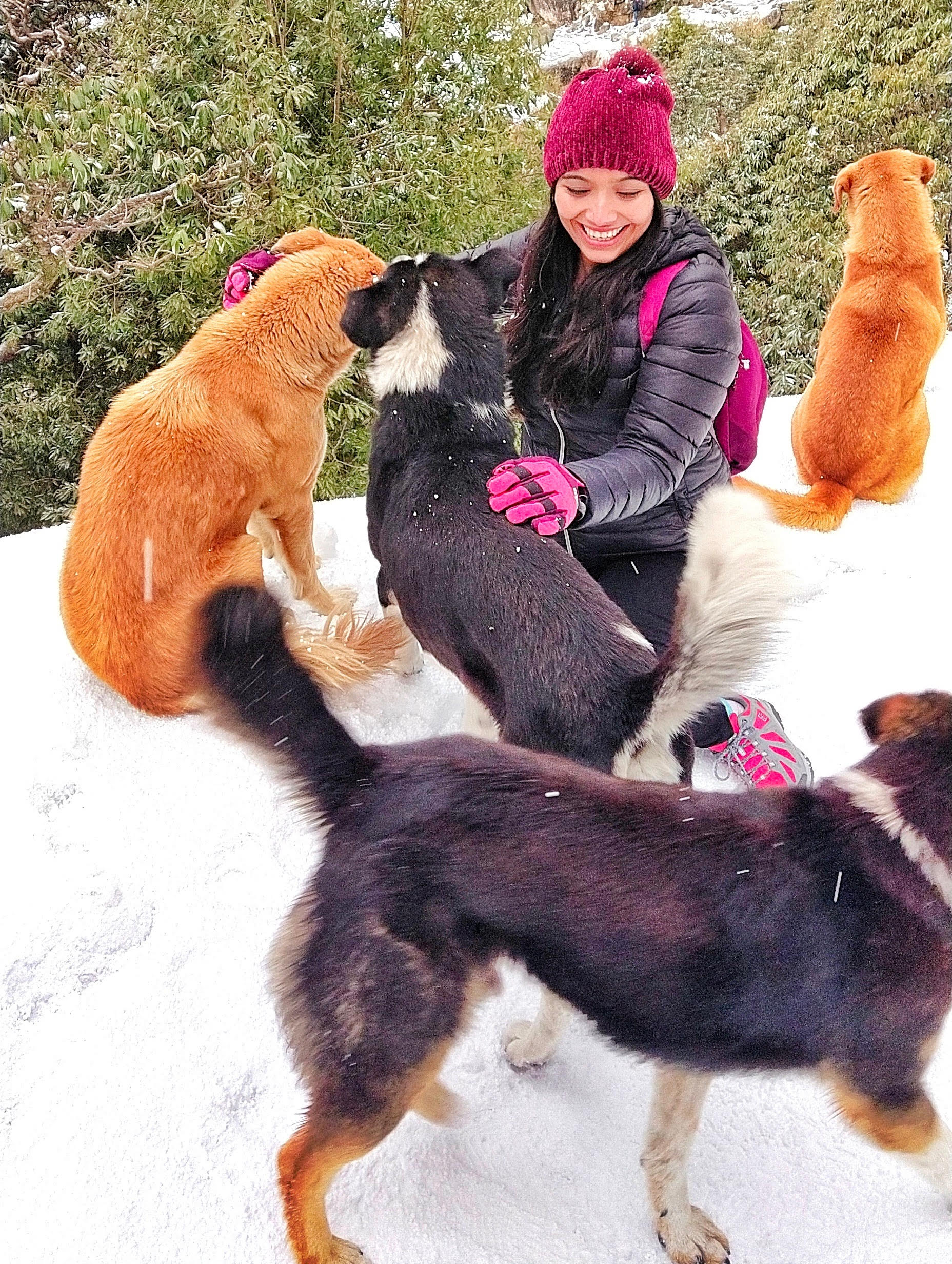 I just looked at Sakshi, I didn’t even have to say a word to her. She just bolted down the mountain, my kid that she is. She was gone a long time. I told the others waiting with me that we will proceed. They looked at me quizically. “Shouldn’t we wait for Sakshi and the other girl?”, they said. “Sakshi will bring her”, I said confidently. We kept walking slowly, but 10, 15, 20, even after 40 minutes, we didn’t see them. I kept my faith. The whole group assembled at a flat point from where we got a stunning view of the waterfalls. We sat there and cracked jokes, shared stories, but in the back of mind all I was thinking was about my girl. Soon, I heard that familiar voice from somewhere below. Loud, laughing. I smiled. The moment they came together, the whole group clapped.

I looked at the local guide with some pride in my eyes and I told myself, “My kid.” There are tons of stories like these.

Niyati used to be a happy go luck tripper. She is still one of the happiest, most sensitive, empathetic people I know. 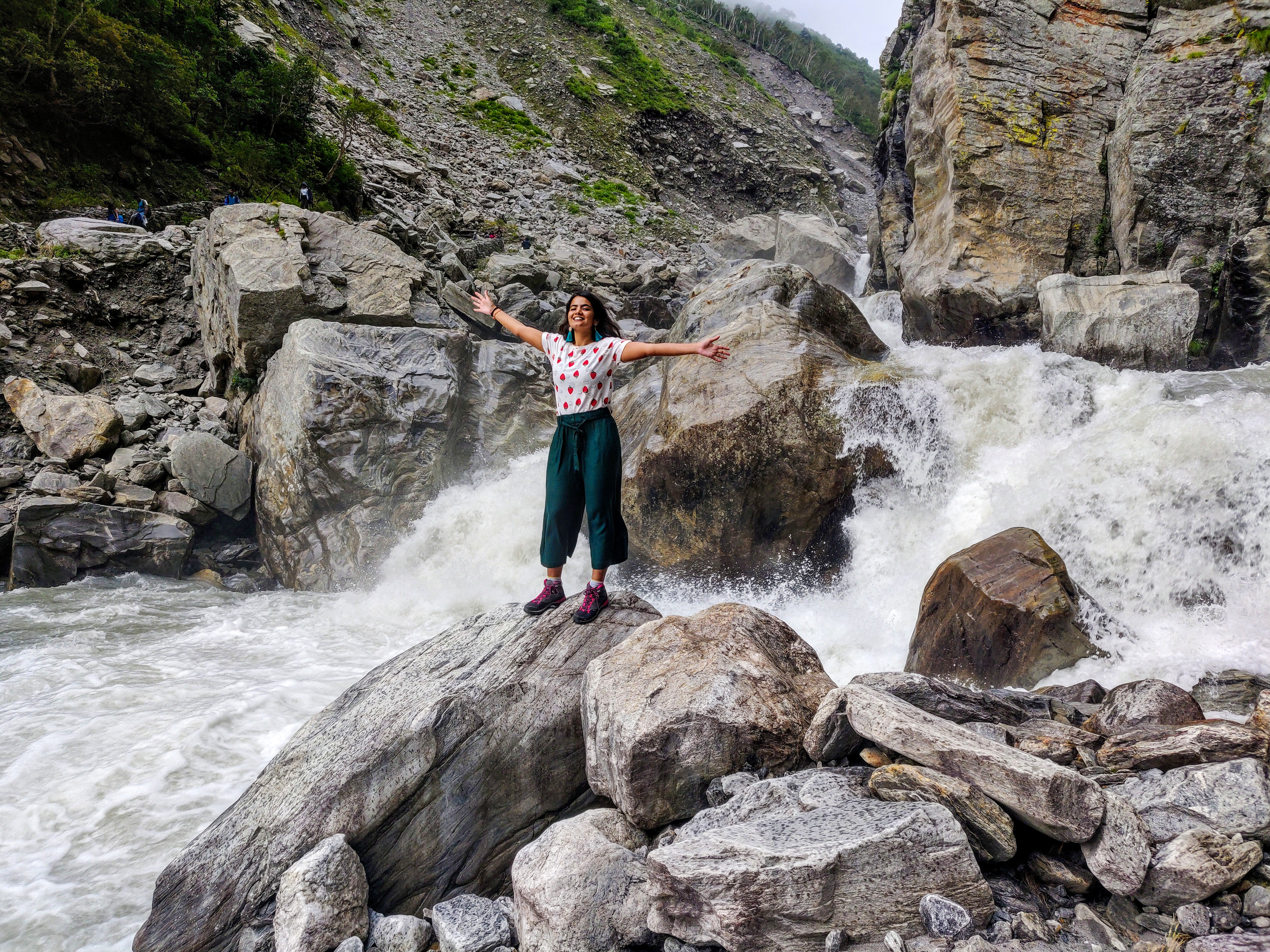 A similar thing happened in our Valley of Flowers trek. Niyati had trained for it, she wanted to be better than everyone. But when two trip leaders are on the same trek, one takes the front, the other takes the back. So Niyati would trek with the slower trippers every day, motivating them, taking pictures, cracking jokes, sharing stories. Then one day we trekked to Hemkund Sahib. I got there first and kept counting all the trippers that came in. For 1.5 hours, I didn’t see Niyati and 2-3 others. Finally they came.

We were all talking and chatting, but I knew something wasn’t right. Niyati was smiling, was looking cool in her sunglasses, and talking but this wasn’t my Niyati. The moment everyone started walking for lunch, I called her aside and said “what happened”. She just shook her head and didn’t say a word. The moment I held her, she started crying. One girl had gotten very tired and 10-15 minutes from the summit, after completing almost 85% of the trek, she panicked, felt her heart was beating too fast, and said she couldnt walk any more and would take a pony. Niyati tried to convince her but she was beyond that. She asked Niyati to continue walking, while she would herself take a pony. But the true trip leader Niyati was, she took a pony with her, so that the girl wouldn’t be alone. I can imagine the conflict in Niyati’s head. She was fit, she wanted to complete the trek and wanted the girl to do the same, but she knew her duties better. But when we were alone, she became human and just cried on my chest. I kept patting her and telling her that she did the right thing. What made me proudest was her extreme desire to make everyone else do it too and not give up. I couldn’t ask for more from a trip leader.

In June, Niyati was in Spiti, when there was a small landslide and water was streaming across a road making it quite dangerous to cross. Niyati made the whole group get down and move to safety. And then she got back into the vehicle, and sat with the driver. Not that she could help physically, but because as a brand there are two statements that it makes –

1) a driver is as important as anyone else, and we will not leave anyone to fend for their own.

2) Humanity. Be there for a person who could be scared. Be there in support, in morale.

I was in Europe that day, and at the end of it Niyati excitedly texted me about how they crossed the stream. I smiled. Sakshi was in Kashmir when Pulwama happened, had barely crossed the bombing site a few hours back. She landed in Sri Lanka the day the bomb blasts happened, yet the trip happened peacefully with her leading it.

Pooja who came as a tripper when she was just 17, lead her first trip for the brand at the age of 21. Still in college, she has already lead four trips for us. 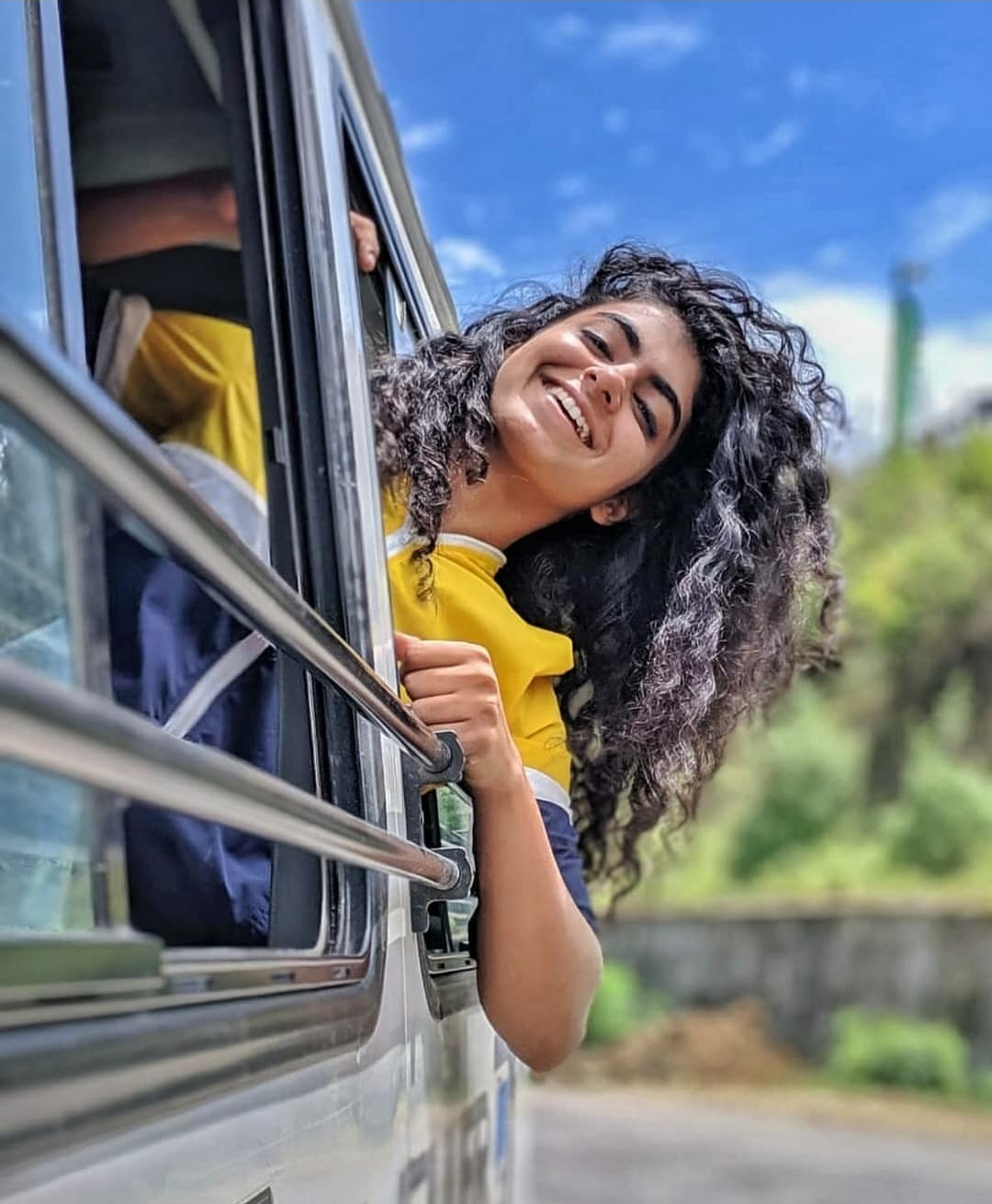 Shazia has helped out umpteen number of times, signing up as trip leader when some one else broke their hand, just to help out. She has taken on tougher international trips, even given up her Ramzan once so that she could help me out, because of our closeness. 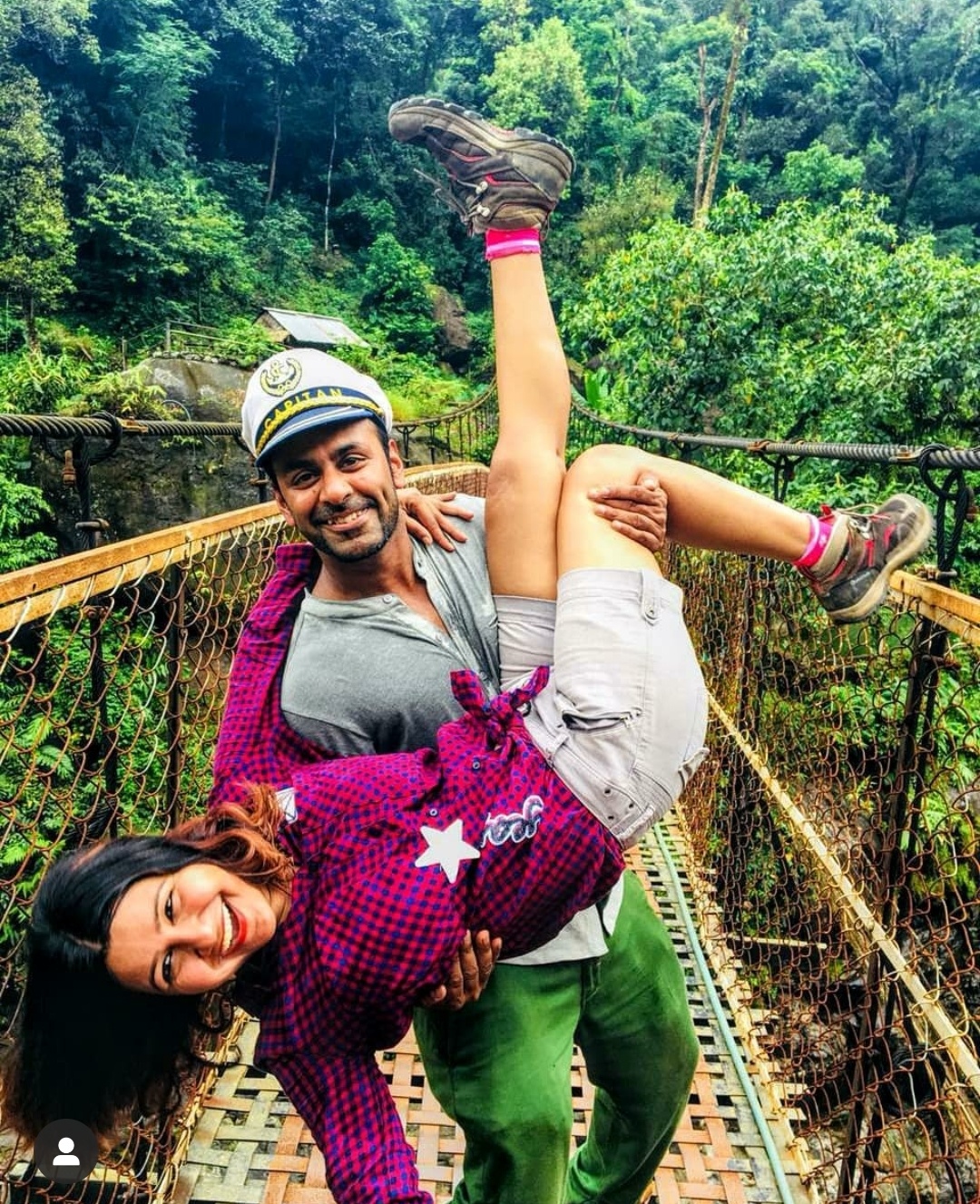 At the back end, Shrimayi and Reshma have been rocks, helping every single team mate with anything. The sweetest, most approachable persons, they’ve been part of every journey in mind, soul and strategy.

And Radhika, our latest joinee, did Valley of Flowers with me. We became very close then, and would always be trekking in the front. The day we went to Hemkund Sahib, she got her periods. And on that trek, you gain altitude very fast, so its not the easiest day trek. She was in a lot of pain, especially in the latter half ,but she had this strong resolve to want to reach their first, so we didn’t stop even once and kept going up and reached there in record time. When we did, we hugged so hard before she collapsed and lay down on the ground tired and laughing. 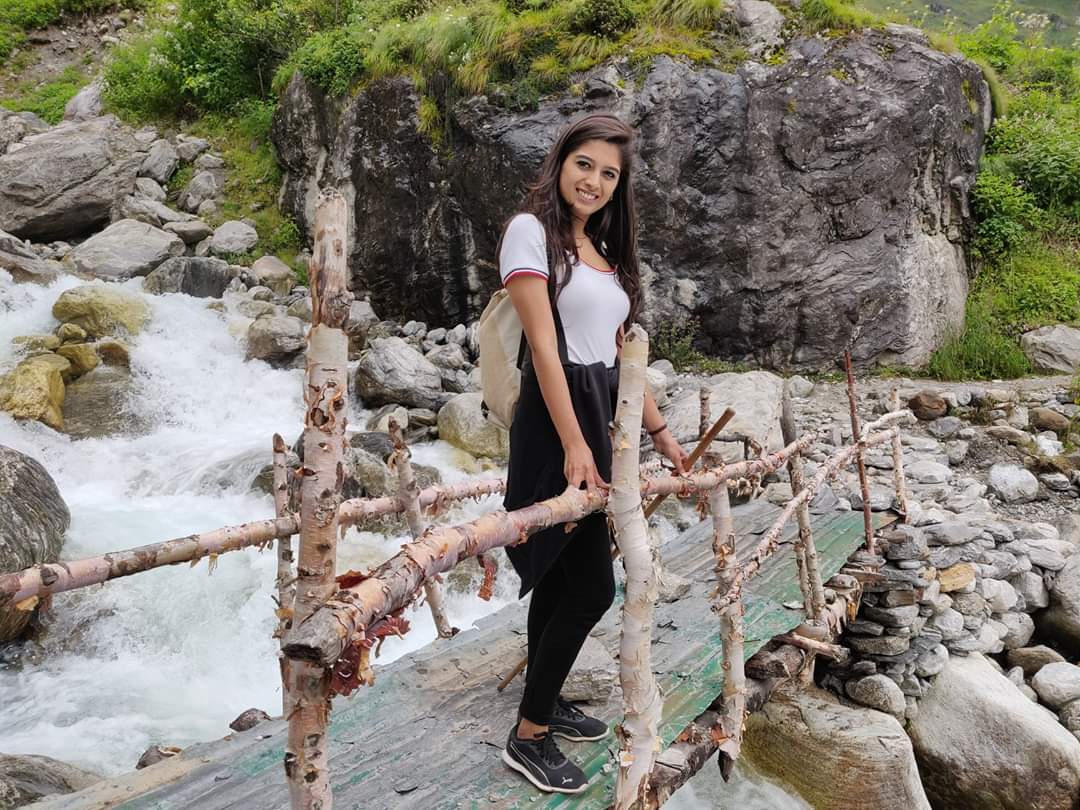 Even our interns, these young girls have so many dreams. They love to travel, they want to do so many things. Its adorable how Vishnupriya, Smriti, Wamika, Ishita have been so attached and loyal. Even when her internship ended, even months later  Smriti would help us out with work whenever we were all preoccupied. Wamika used to make awesome Insta stories and continued doing so even past her internship. VP very adorably tells me one day “listen you cannot remove me from the group even when my internship ends. I want to be part of this for a long time.” I love these girls.

This isn’t to discount any of the work the boys do. I love Harsh, and all my bhais who help me out in so many trips. 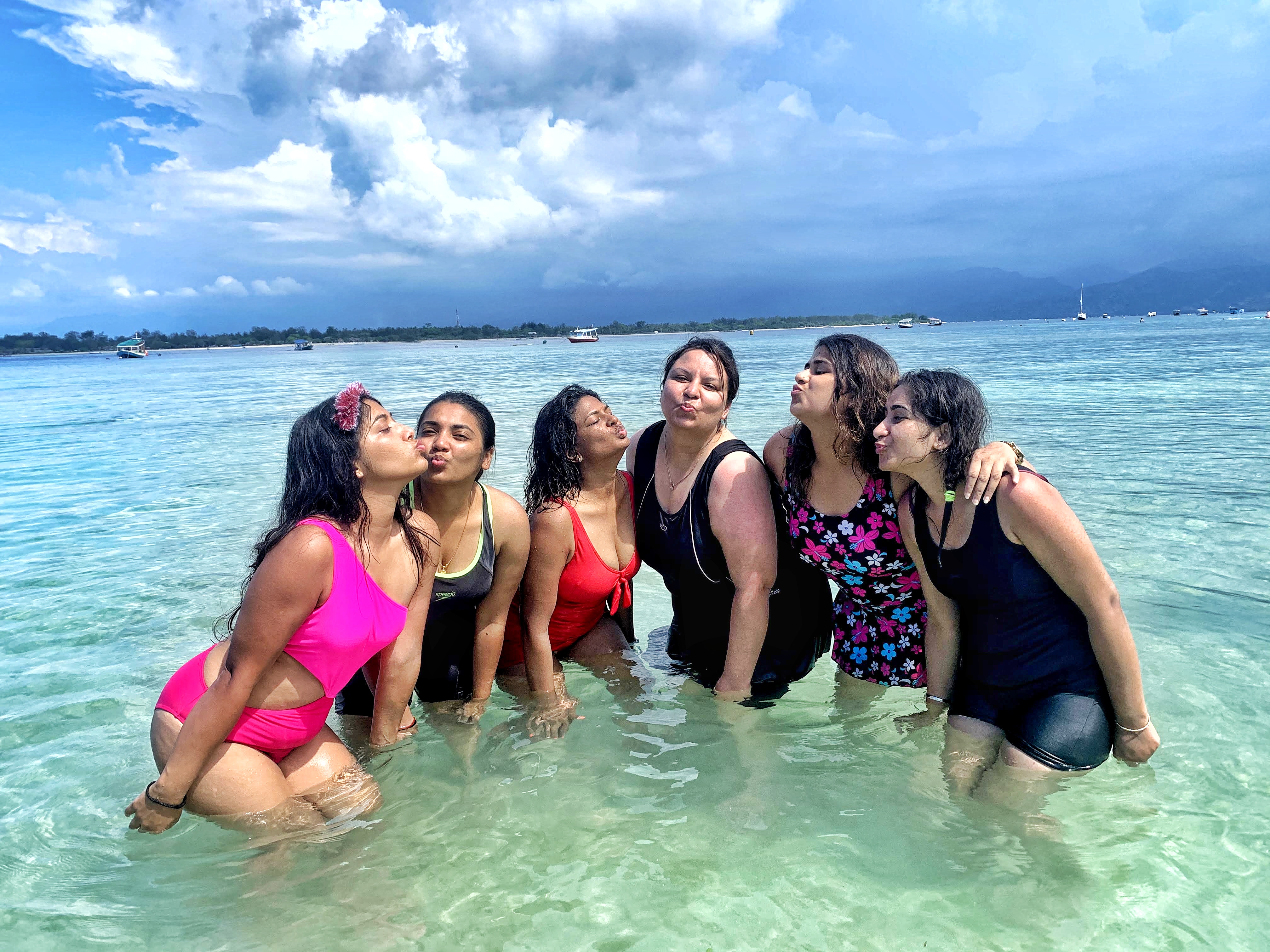 We would be a much better country and a much better world, if we could all think of every person, every gender, every sexuality, every religion, every community as equals.

If I close my eyes, I see these happy girls, not just my trip leaders, but all the tripper girls that I have met and befriended with, running around happily on a mountain, laughing, dancing on roads, swimming in a lagoon, backslapping and hugging each other, encouraging and hooting for a shy reserved person, holding someone when they are sad. It’s like a film, all passing me by in a blur, but one that I would never want to end. 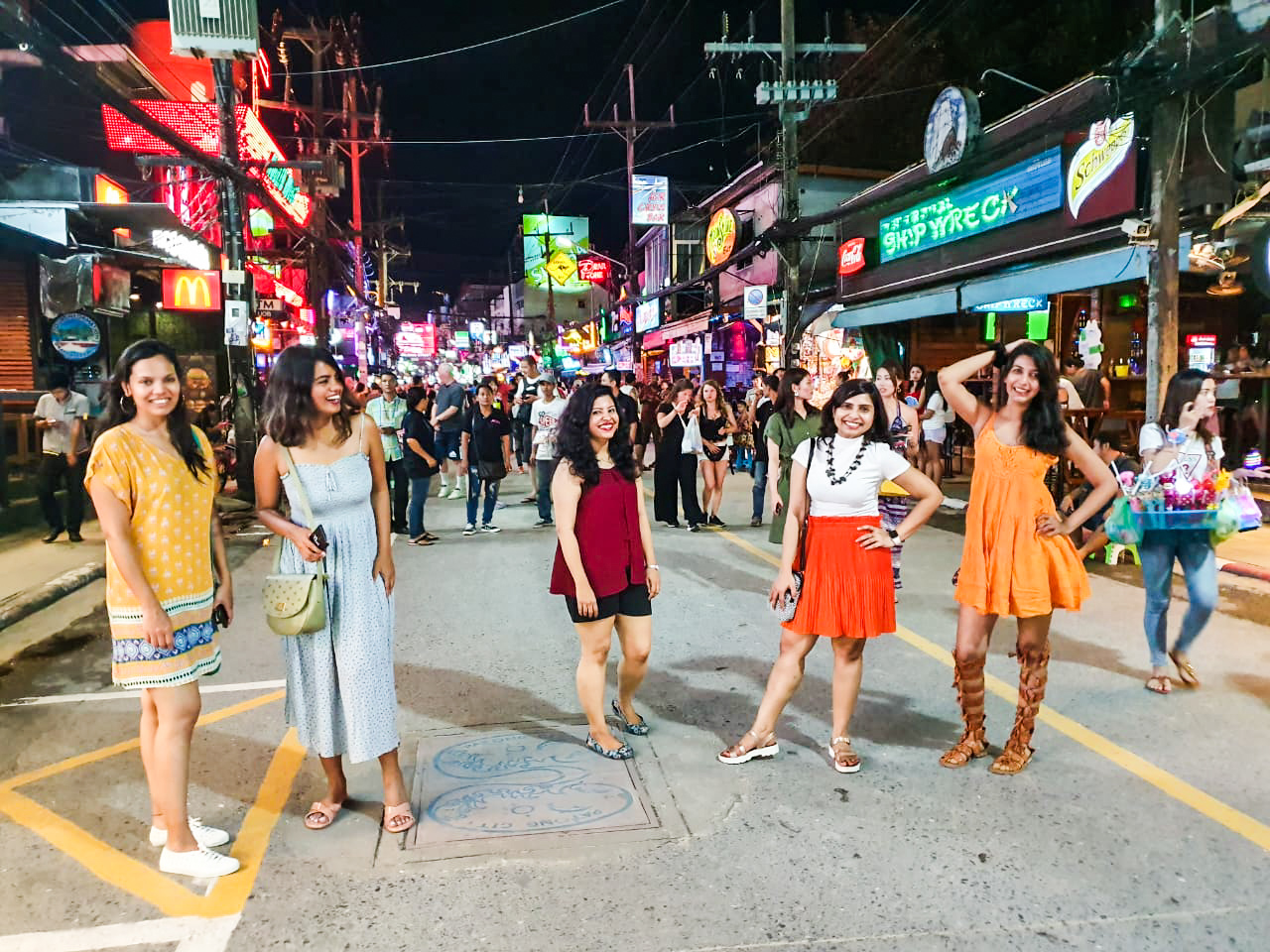 Happy Women’s Day to everyone! 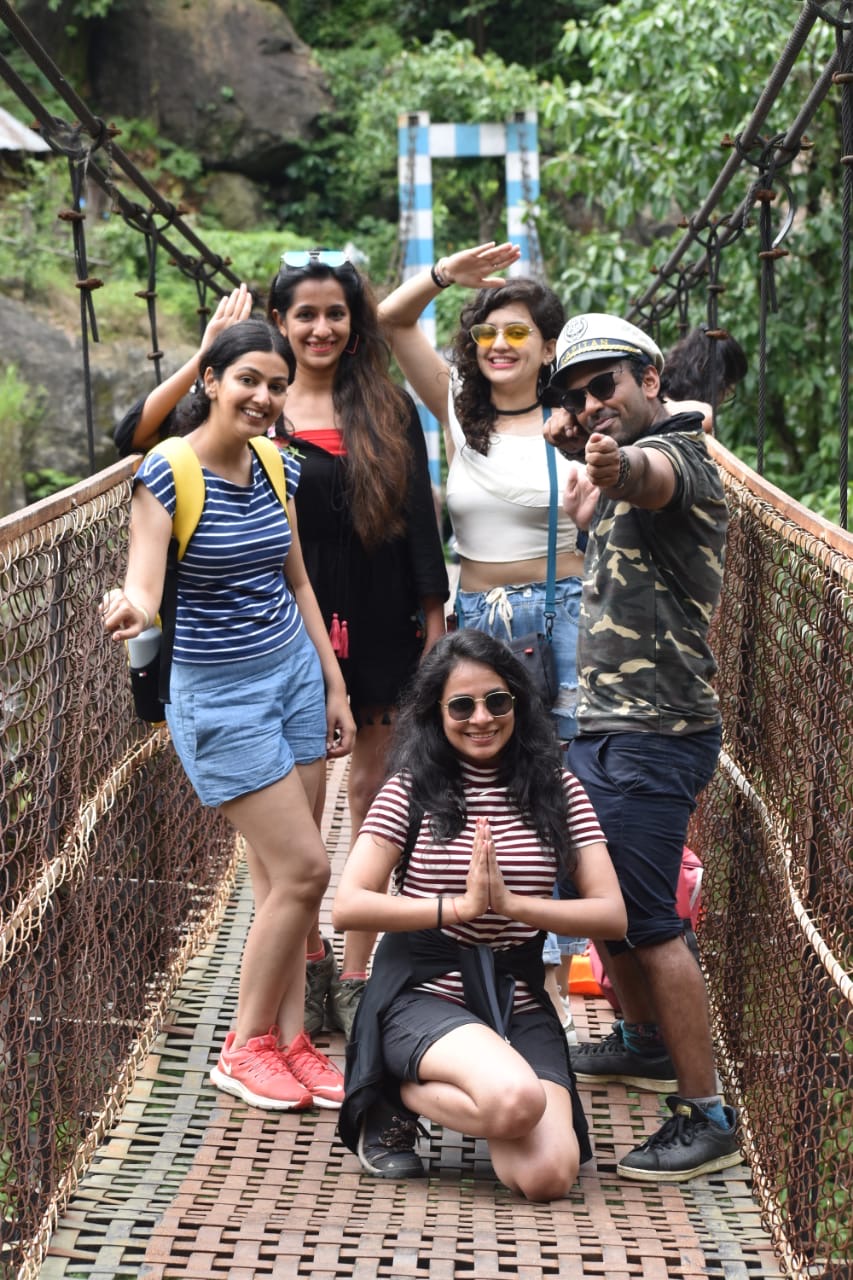