Disclaimer: see the video only after reading the post to know what’s happening.

The Flam train line, connecting Myrdal to Flam, is supposed to be one of the most scenic train routes in the whole world. Lonely Planet described it as the world’s most beautiful train route in 2014. 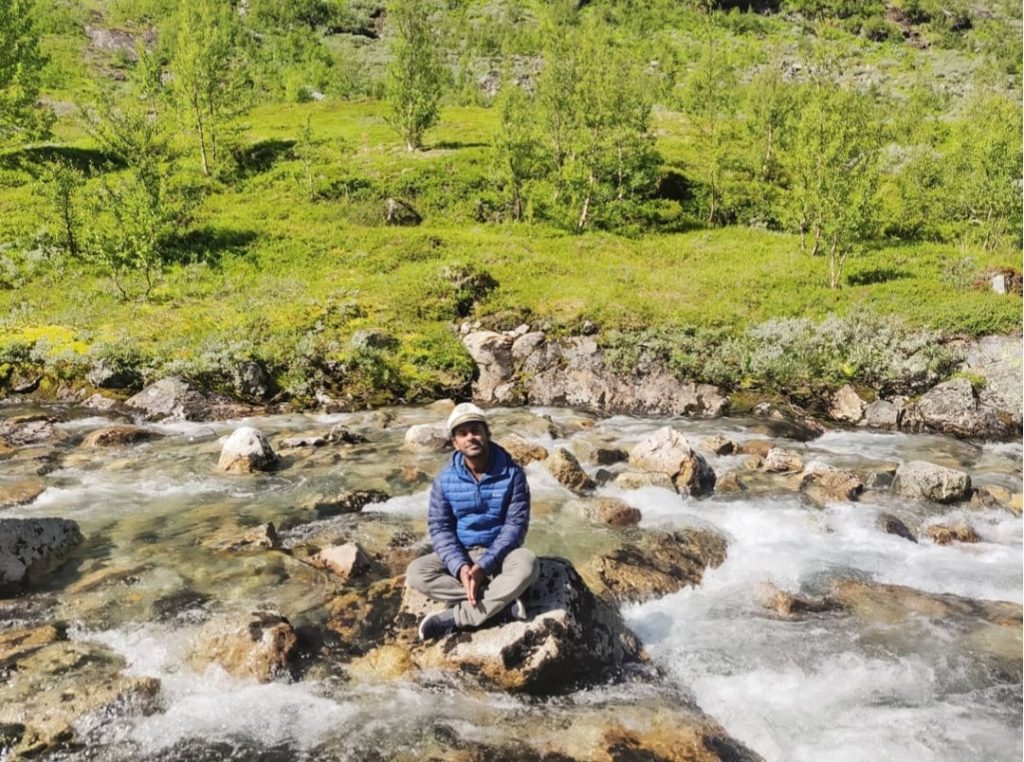 It is quite expensive, but we decided to take the train ride. From Voss, you take a train to Myrdal, and from there this small train with its smart green coat of paint, it’s modest seating, and it’s push-pull door (unlike the sliding doors everywhere in Norway and Europe), gives it quite an old world feel. 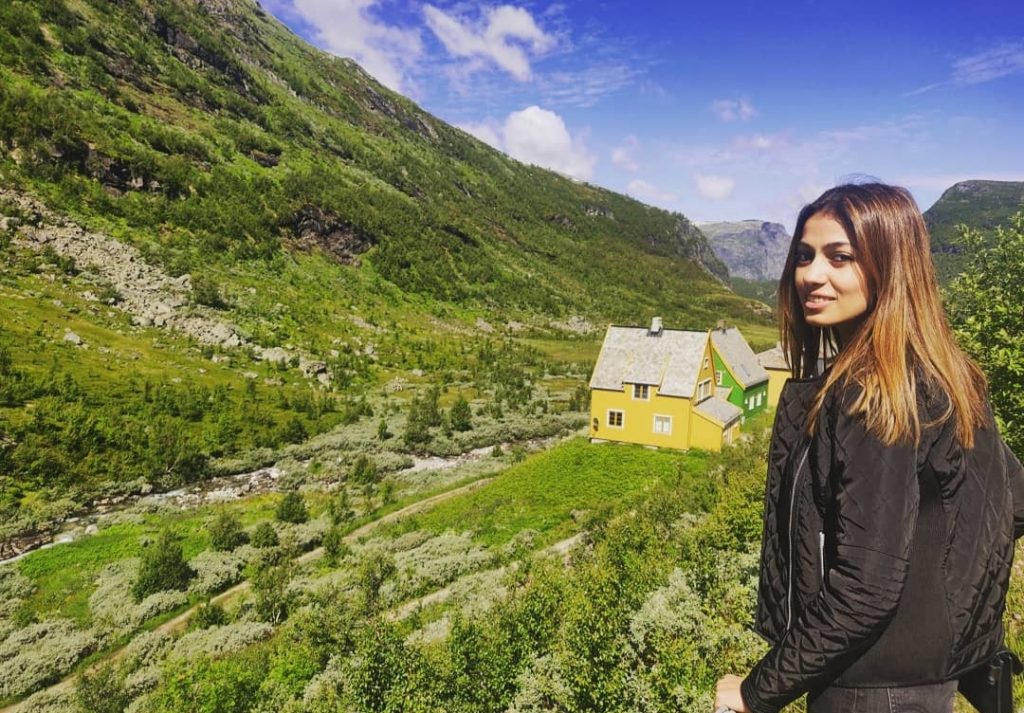 We got back ten minutes before the train to Flam. There were hundreds of people waiting at the platform and since the train doesn’t have reserved seats, everyone is obsessed with getting window seats. But how can Europeans or Americans or Australians beat an Indian boy to a window seat. We have years of experience in getting into trains and finding a seat. 😉 And when the train came….

The train ride in itself was beautiful. An engineering marvel, it crossed over mountains, a dozen waterfalls, gorges, zigzagging and bustling it’s way through. 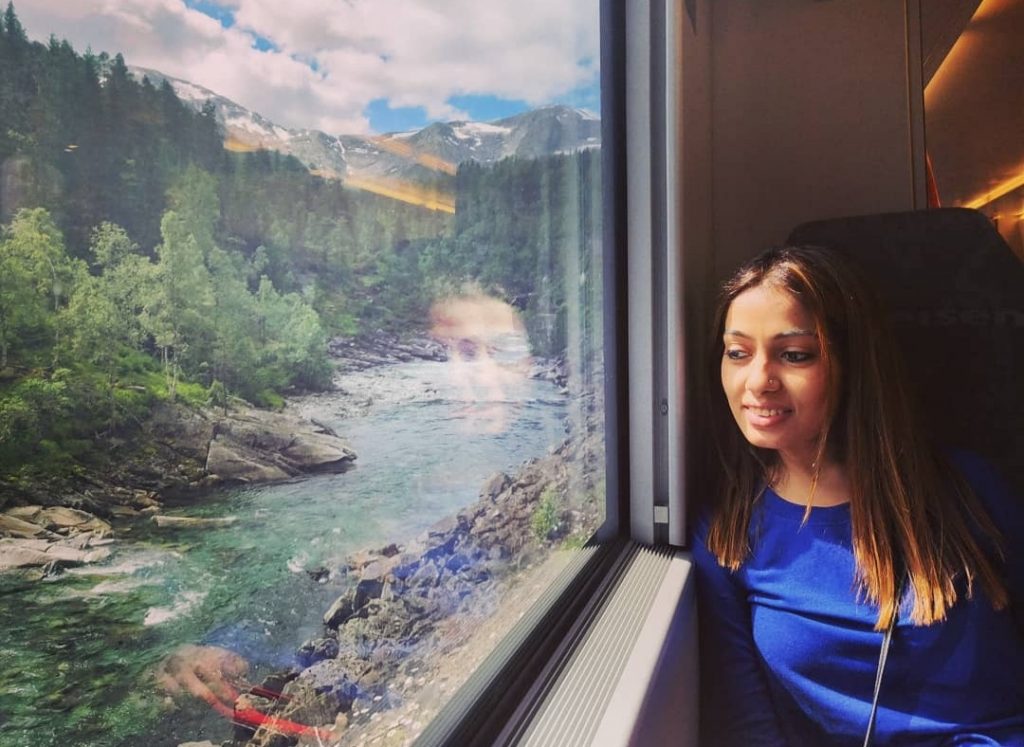 The most spectacular moment came when the train stopped at Kjosfossen waterfalls. The raging waterfall hisses and spits and there is a crazy amount of water falling down the mountain. The train stops for five minutes for people to take photos and there is a viewing platform. As we all took photos, suddenly out of nowhere, a mysterious blonde woman dressed in red, started dancing in the middle of the waterfall. And in seconds she disappeared and the next moment, she was dancing on a hillock 300 metres away. She is dancing to a Norwegian folk song is what she is dancing to. She is the Huldra, an elusive forest spirit from Norse mythology. According to local folklore, she lures men into the forest to seduce them.

It’s a brilliant bit of work by Norway tourism. 😉 Despite knowing what was happening, we all looked on as the Huldra danced to the haunting music.

Check out this mesmerising video here!

You can read the story of what happened in Flam and the Fjord tour here.