Often it seems that places mentioned in “Must See” lists of any location turn out to get damaged by their excessive popularity and swarming crowds. However, ever so often you realize that some places completely and absolutely deserve to be on such lists. Bringing to you a visual treat from Plitvice Lakes National Park, a MUST SEE champ on any blog, article or list talking about Croatia and rightfully so!

On Day four of the Mad Croatia Slovenia Montenegro Bosnia tour, the trippers asked Captain Nero, where are we headed? Our Captain said, one of the most beautiful places in the world. Really?? Some skeptics inquired. 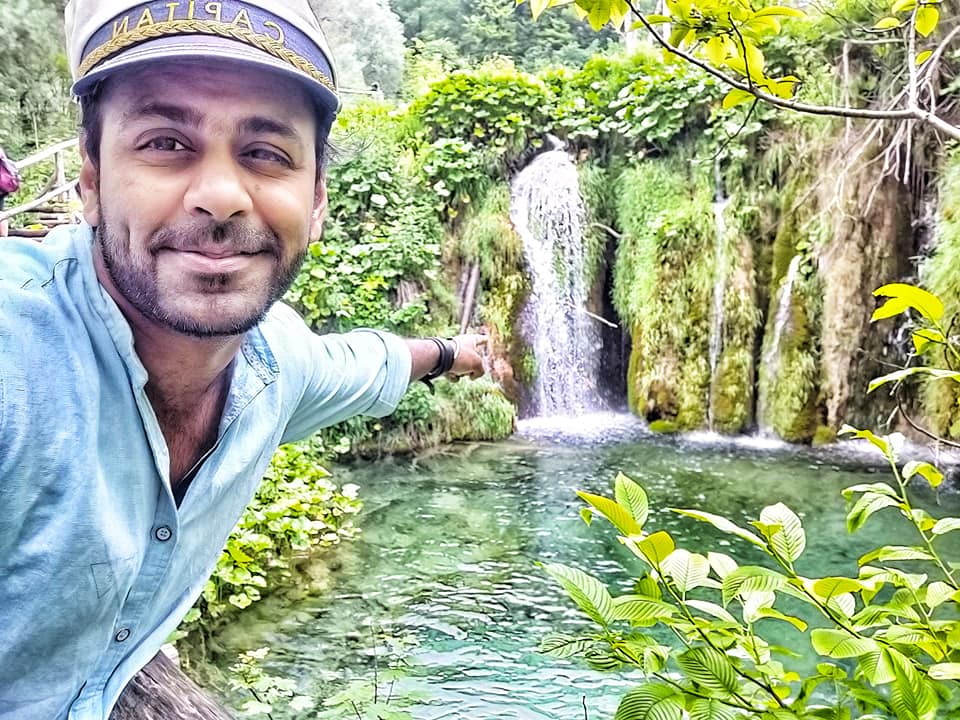 Have a look, now ask me again, really? Really! 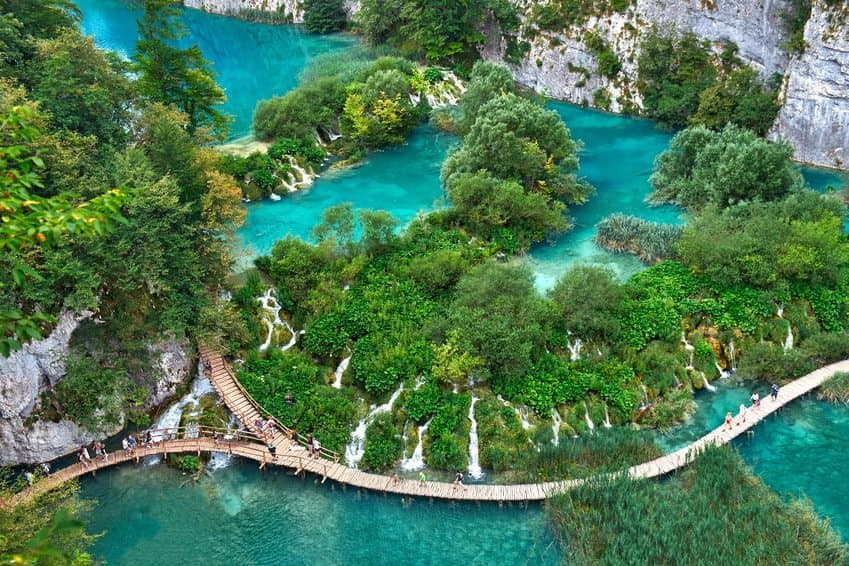 Plitvice Lakes known as Plitvička Jezera by the locals was granted the UNESCO World Heritage Site status as early as 1979. Plitvice is an ensemble of 16 lakes covering about 8kms in the area with the  lakes varying in stunning colours from blue to emerald green to turquoise blue! All the colours of your childhood paintings of sceneries coming to life, eh?

Legend has it that the region underwent a severe drought following which the inhabitants pleaded to the magic queen to put them out of their misery. It is believed that the magic queen thus created the Plitvice Lakes with Prošćansko Jezero as the first among all the lakes. That explains a lot because this had to have been a work of magic! 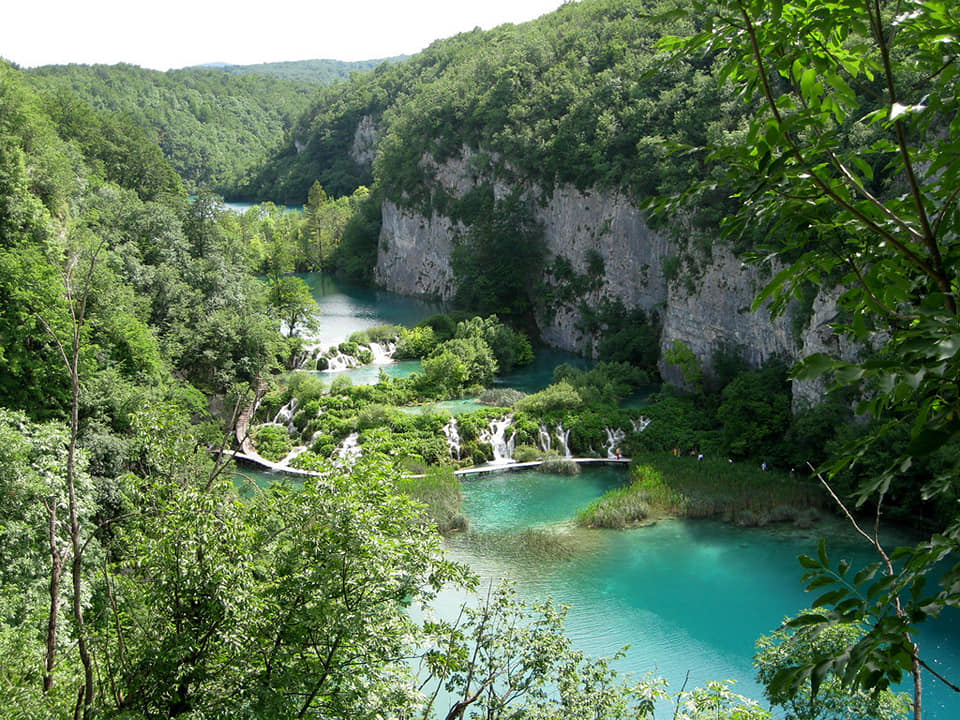 Such a stunning location calls for a full blown photo shoot, right? 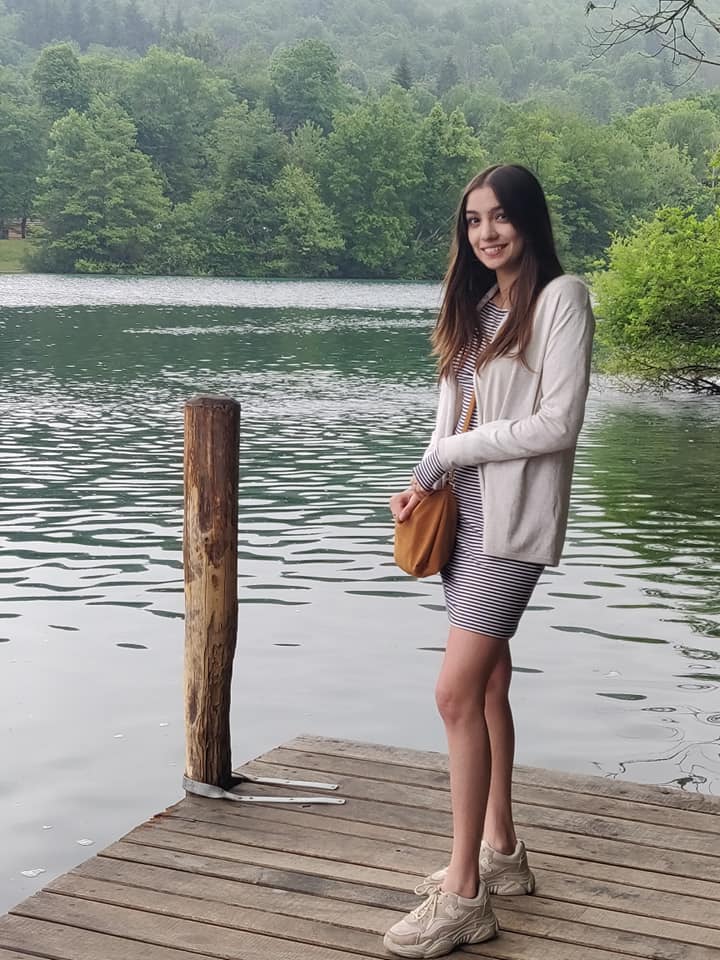 Aha! First in line to look pretty and pose. 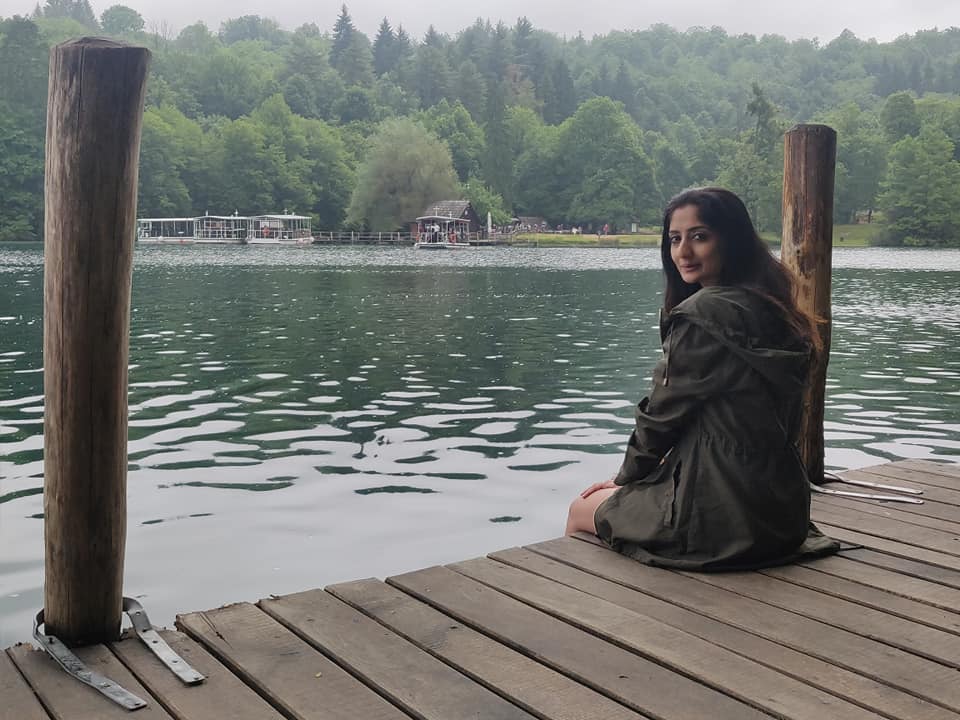 And not further behind is tripper no.2 because why should kids have all the fun? 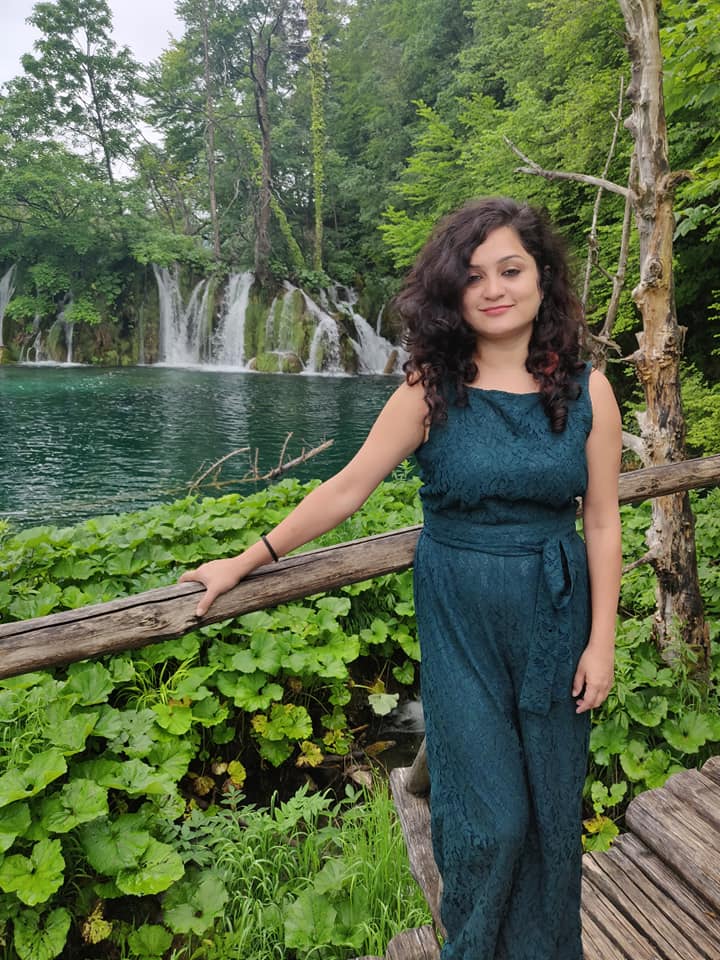 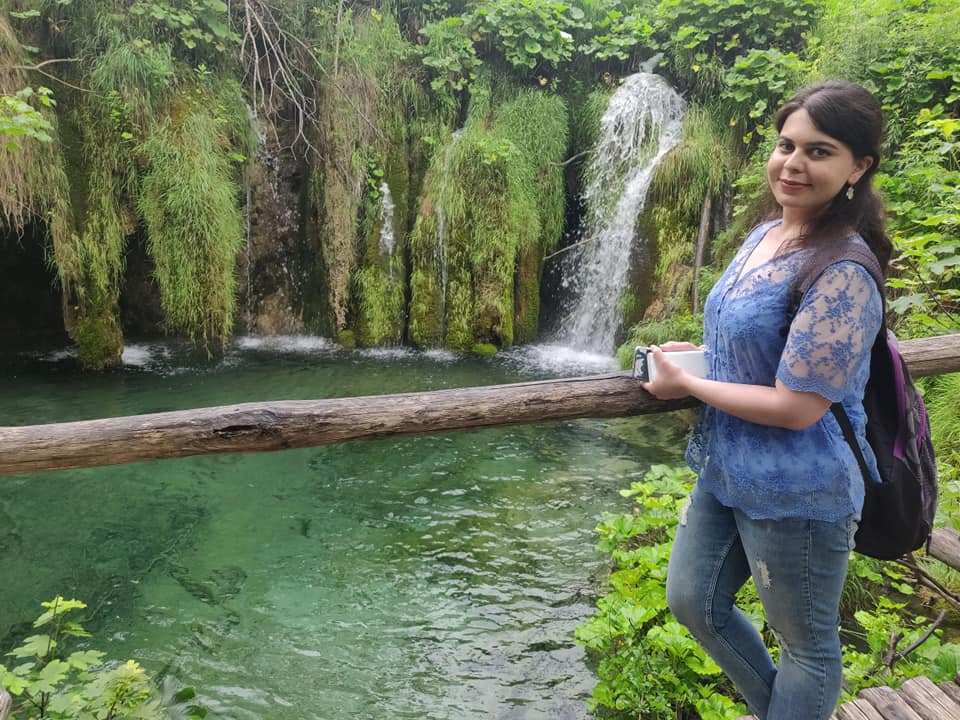 Well, the ladies are ready to get some new profile pictures!

But profile picture photo shoots of course have to be interrupted by the group! Let’s all huddle up. Erm wait a minute, where are the lakes?

Mind you, the national park isn’t blessed with lakes alone but also waterfalls such as the Veliki slap or the Big Waterfall and boardwalk trails that run along its cliffs. Spread over a massive area of 73,000 acres there are 7 different hiking trails in the national park. 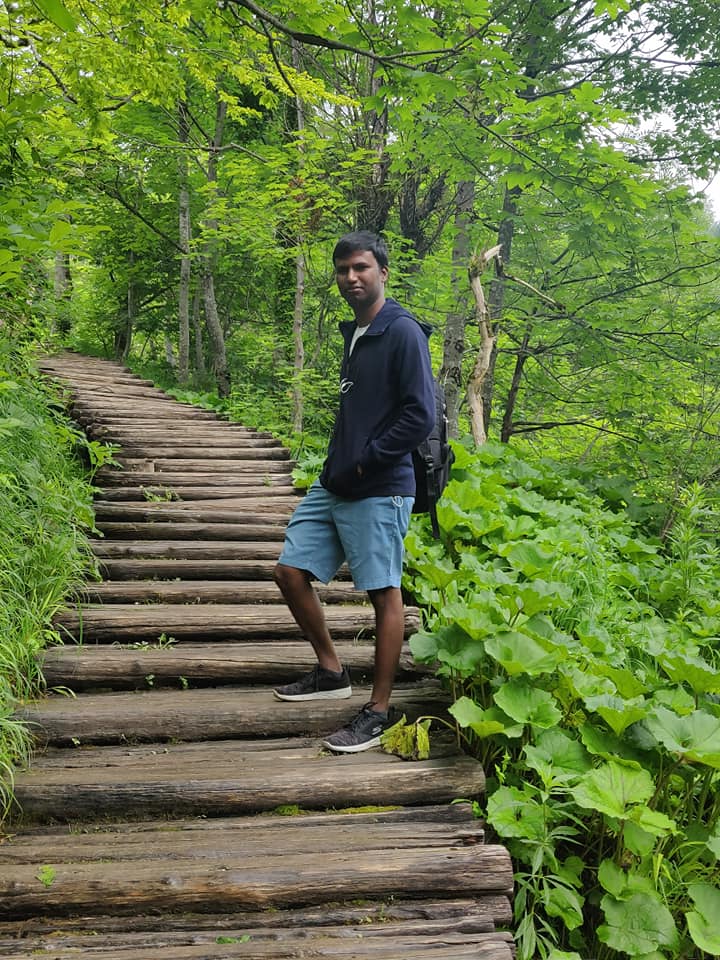 We spent our day walking along these charming little boardwalks with a view to gaze at with each step we took. 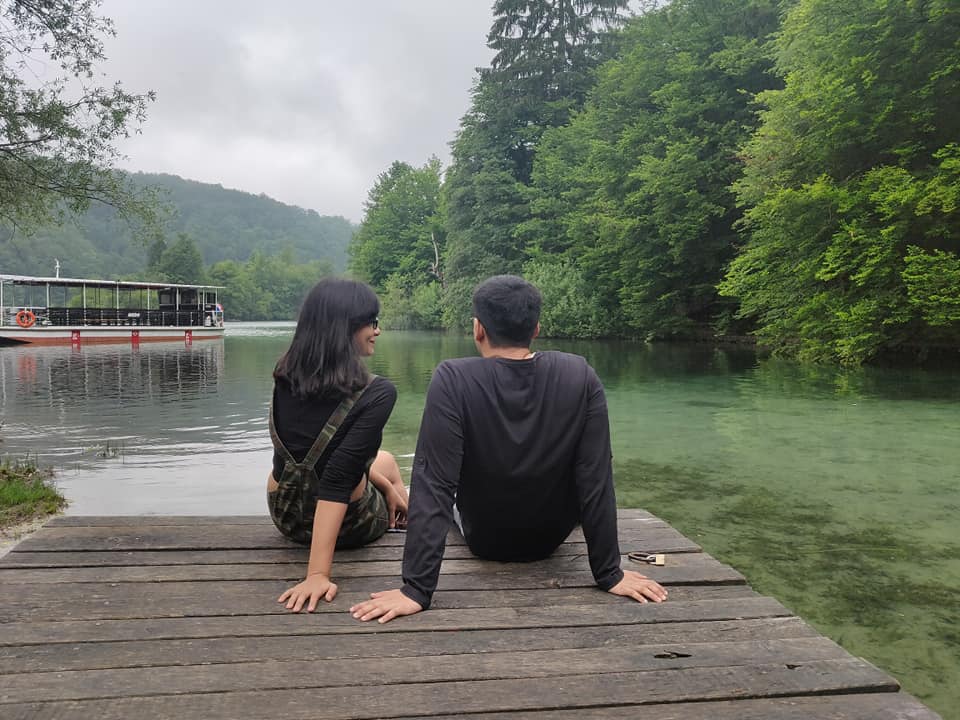 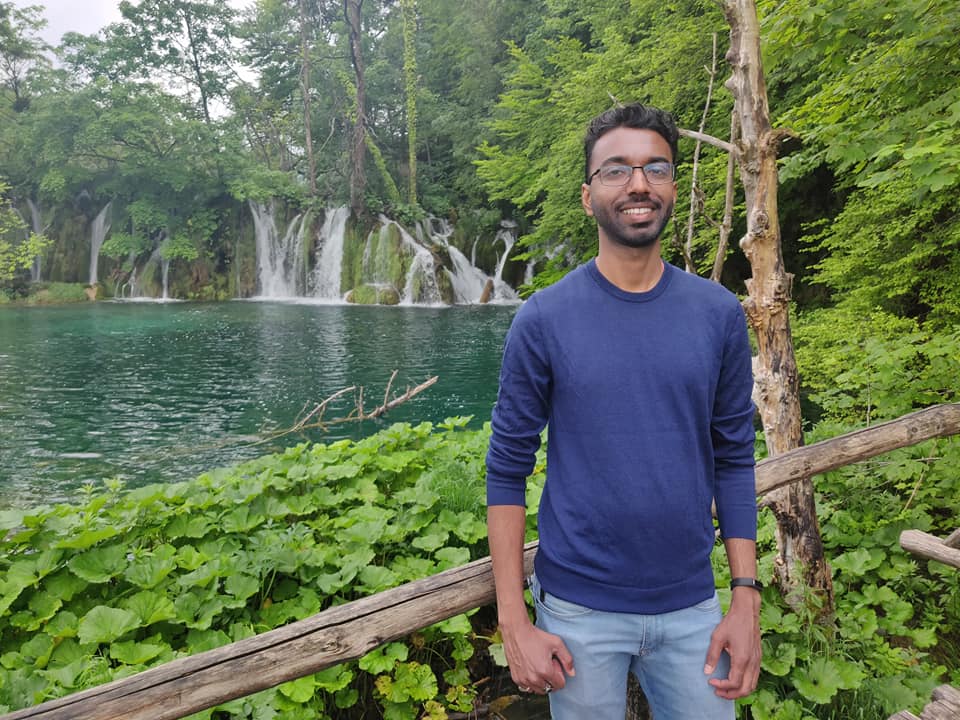 Our tripper here believes that he too should get a cutesy picture clicked..! 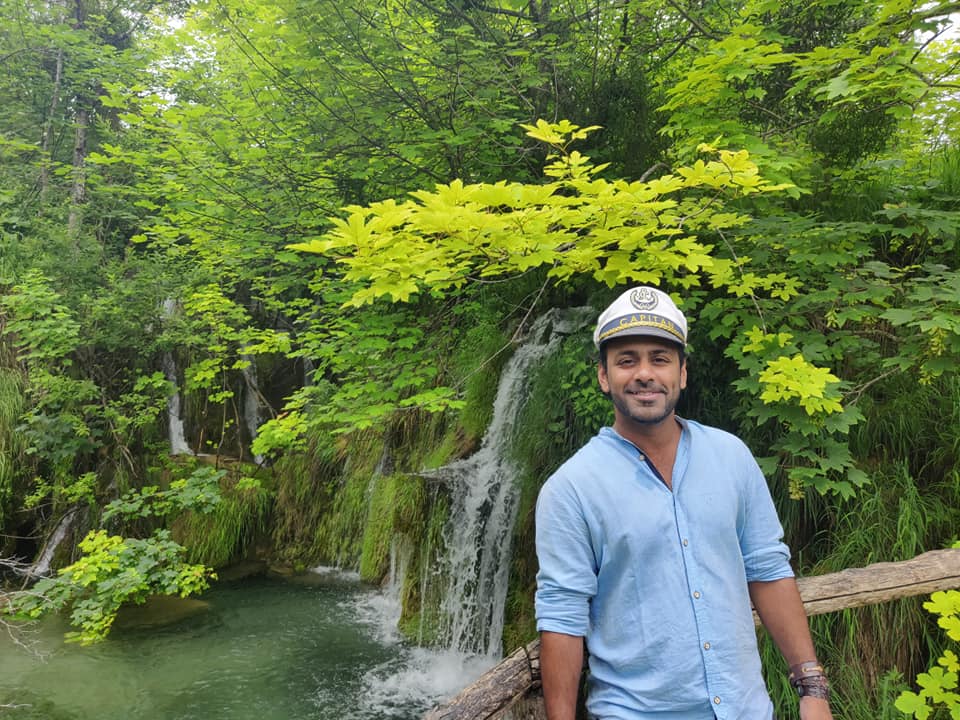 Agreeing with his idea, Captain Nero stood up in search of a companion for the cute photo opp. 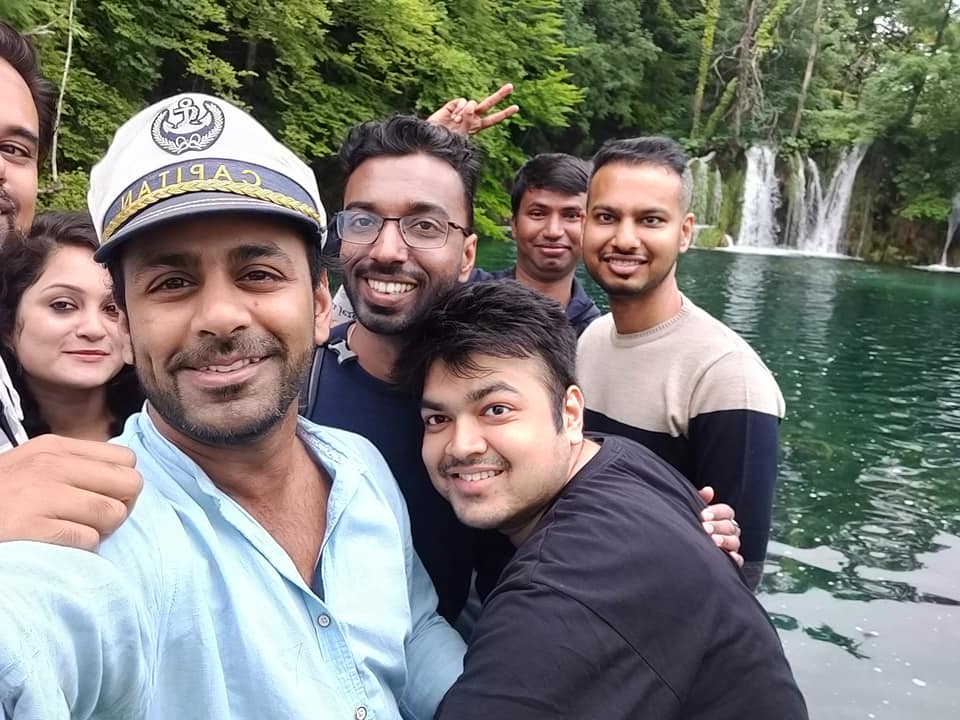 Uh oh, looks like everyone wants to get in..! Kaaaafi cute. 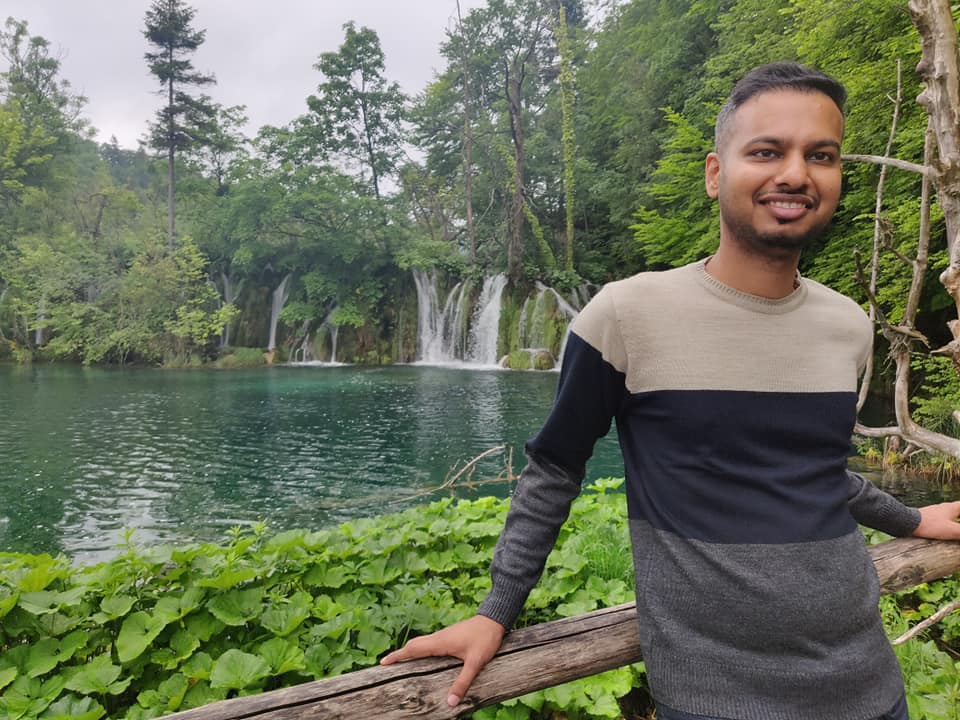 This tripper wants us to focus on the lakes instead..on it!

The park is divided into different sections with the Upper Lakes and the Lower Lakes. The Lower Lakes have a breath-taking canyon area. Here you will find the limestone Šupljara Cave. This cave is believed to have been inhabited by a monk or hermit and it is also believed that people would travel to visit the hermit for advice. Therefore, the Kaluđerovo Jezero’s name translates into “Hermit’s Lake”. Well, the monk was certainly wise perching himself in a place which is such a delight for the eyes!

The historical significance of Plitvice Lakes continued even in the modern age with the first armed conflict of the Croatian War of Independence taking place over here. The version locally narrated states that the Serbians destroyed the park significantly during this conflict called the Plitvice Bloody Easter. How the soldiers on either side were not distracted by ideas of jumping into the waterfalls is what truly boggles me! Hah. Jokes aside the National Park strictly prohibits swimming and we are just grateful that the park got restored to what it stands for today. 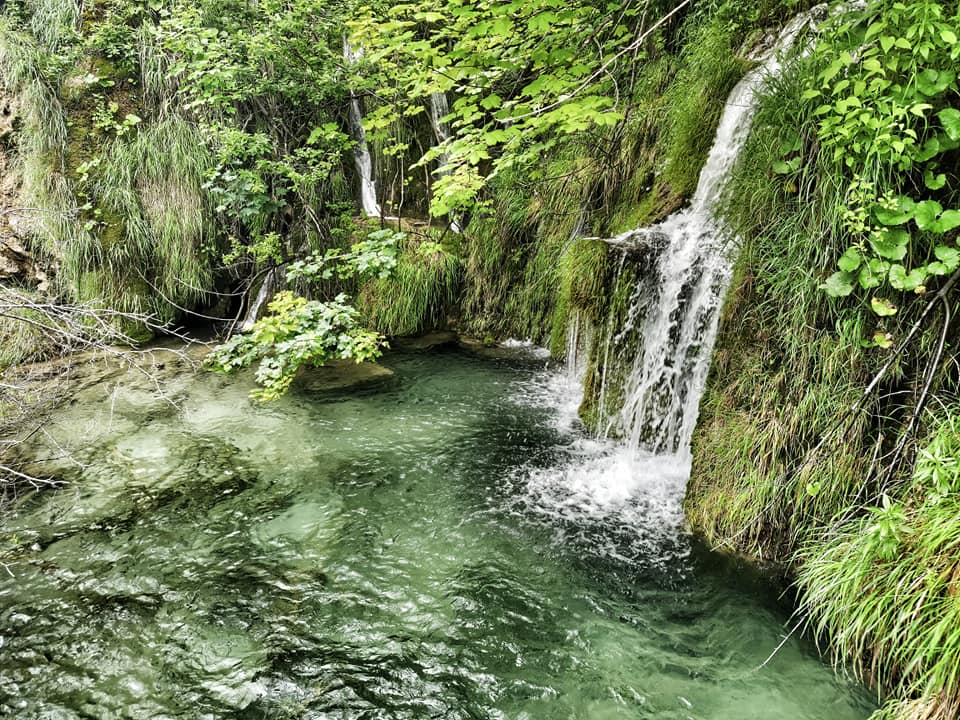 So, there you have it, 16 simply beautiful lakes interconnected by multiple waterfalls, wildlife boasting of a number of species, boardwalks for you to stroll upon, legends that add to the enigma of the oh so magical Plitvice Lakes National Park. Now tell me, is it not rightfully worthy of being a “Must See” location? Or have you already penned it down in your bucket list?!