When Viram booked our recent Gurez trip, I was happy. He had already done a trip with me in April to Meghalaya. My early memories of him are of him trying to climb Weisawdong Falls. I knew he wouldn’t be able to reach the end from the right side, but I watched on interested as he kept trying.

I have a thing for boys and girls who like adventure.

I do not really know when my affection for him changed to love. Gurez has very less tourism, few hotels and none that are fancy. While alloting rooms, I noticed one of the rooms did not have an attached washroom. It was a mediocre room compared to the rest. Viram immediately volunteered to take the room. I took it, but I found it touching the number of times he tried to persuade me that he & Prakhar would stay there.

As the days passed, I knew I could trust him. A quiet boy on his last trip, he was a lot more talkative this time, on fire with his jokes and we kept having a lot of bro code camaraderie, jokes, backslaps.

In Gurez, there is this spring falling into a river. The flow is blisteringly fast. As we stood on one side, I tried crossing it. But the water was so cold, that I had to step out. It wasn’t just cold, it was painful. My toes and palms hurt for minutes after coming out, that cold. Viram was on the other side, and I saw him trying to cross. Locals shouted that it wasn’t safe or sensible to do so, but he kept trying. The water thundered off the rocks, & sprayed him but eventually he crossed to a huge applause from all of us. I kept shouting happily as he did it. Minutes later, I crossed too (had to, adventure wala ego wouldn’t allow me to stay still now). But I felt proud of him, to have done it before me. (The first pic is of us after crossing the spring).

Over the days, Viram mostly sat in a car different from mine, while travelling. He wanted the new trippers to have a good experience and wanted the old trippers to distribute themselves across the cars and engage everyone.

Viram, I am so glad you came on the two trips. In you, I have found a younger brother, a super loyal friend, and a decent man around whom everyone feels comfortable. Welcome to the Core circle of OHOT Tribe. 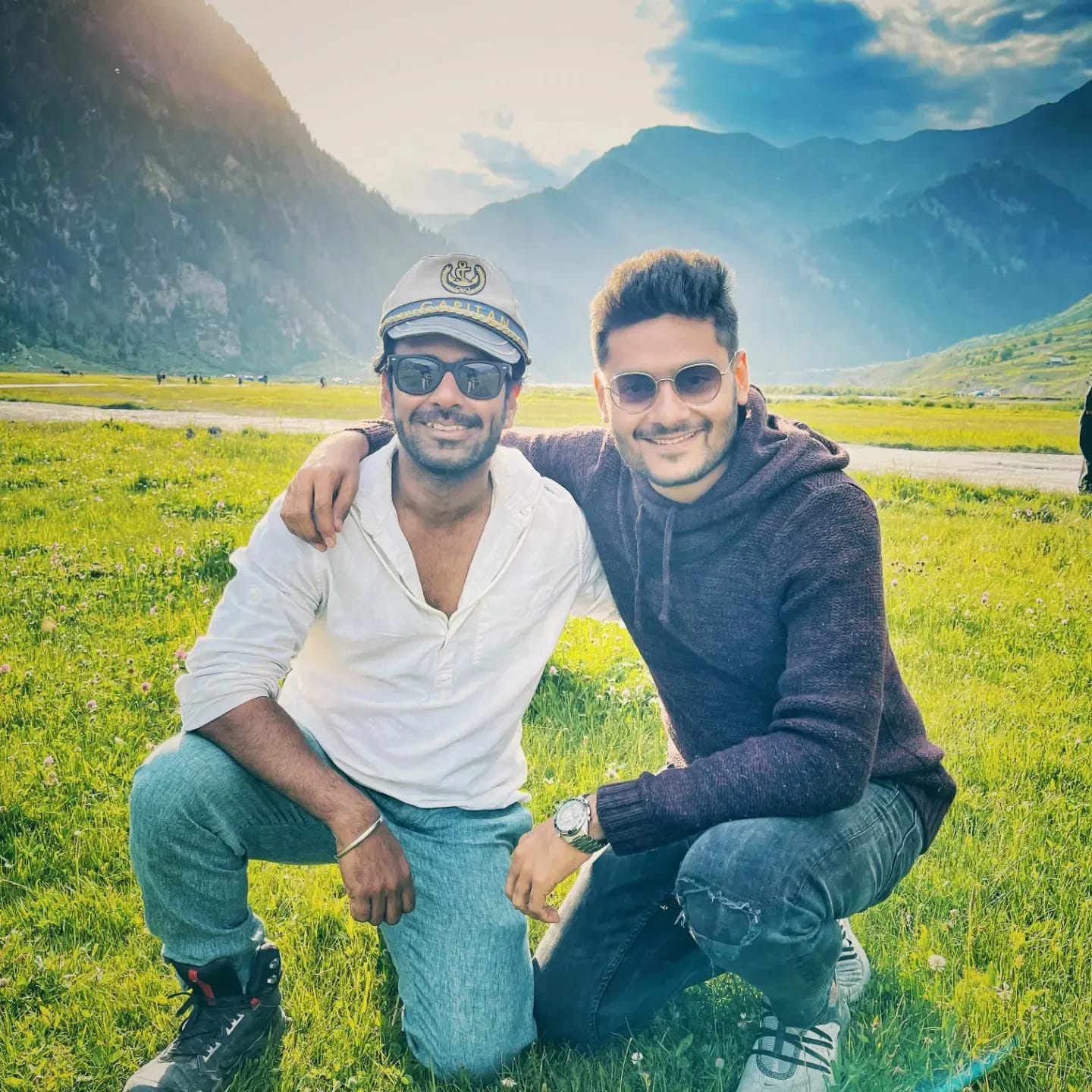