So, there he was, a stranger beyond continents…driving across…to show us the tallest mountain in all of Africa. And once again, travel, even in its virtual form left me thinking about how kindness can be found in the most unexpected ways and can be found almost everywhere.

But I’m getting ahead of myself, so, let’s go to the start!

A lot of people often ask everyone at OHOT how we feel about the lockdown because from being in a different place every few days, we are suddenly in only one place since the last few months. Well, what is life without silver linings? So, we’re focusing on silver linings in full swing! Content creation ideas and innovation are what is essentially keeping us all going. For instance, until a while back we were writing “Interesting Facts” articles from various countries. Our team WhatsApp group would often have one or the other person sharing some quirky or fun fact that they came across. Similarly, we started with Instagram Live sessions. Now these may have been a thing on Instagram before but earlier with our trips keeping us all busy, we hadn’t quite turned to it. The lockdown thus opened us up to trying this, not just as a new activity but as something that we discuss days ahead, plan and enjoy. From bringing some inspirational adventurers to share their stories or bringing our own trippers to join us as we recollect trip madness and memories together or even talking about destinations. We do this every weekend, all 4 trip leaders and what I love is that people who haven’t ever travelled with each other have started interacting and becoming friendly through this! We’ve even had people who’ve never travelled with the brand become a regular on these sessions, pulling people’s legs in the comments section and gradually participating in the talks. Dekha, you can take the trip leader out of trips but you cannot curb the habit of meeting new people and making some friends even when they’re locked up! Hah.

As last week approached, I was on a call with a friend thinking about what I could possibly do for the live session over the weekend. It was raining where he was, so, I got after him to go to the balcony and show me that sight, leaving me smiling. This resulted in an idea. What if we got people to do this on a live? In fact, what if we got people from different parts of the world to do this? What if we virtually caught a glimpse of other continents?!

Thus, began a process of reaching out to folks, literally from all over the world. Some known, some unknown. Beyond borders and above time zones, there were 5 people who along with me were waiting to show people a little bit of where they were. We started off by visiting North America where Aditi stood outside at 9am on a Sunday morning to show us all the hiking trail behind her place. I was busy dreaming of a house with a trail right behind my place! Then Nidhi joined us mid afternoon from Germany, showing us a church and a garden from her balcony. But actually, right at the beginning, Nidhi had started off from the inside of her house where we all saw a glimpse of a big world map poster behind her. Together, she and her husband had marked off all the places they had travelled to, along with pictures from those trips. So, we were all fixating on that! Don’t worry, don’t worry, we’ll all be ticking off those places from our list. For now, just hold on to “Sabar ka phal meetha” :p

Next a girl called Valerie joined me from La Paz in Bolivia. We’d connected over Instagram and she had been excited about the idea and to be a part of it. While she’d mentioned that she wouldn’t be able to step out because of the prevailing restrictions, she lived on the 16th floor and would show us a view of the mountains from there. She’d sent me the above picture! Although, the network wasn’t great when we went live with her, her enthusiasm in telling us the places to visit in Bolivia (Salar De Uyuni, Andes and Amazon) and also in telling us how to say “How are you” in Spanish (Como Estas) was adorable! It was 9:30 am there and I’m guessing it was a “Buenos dias”, i.e., a good morning. ? 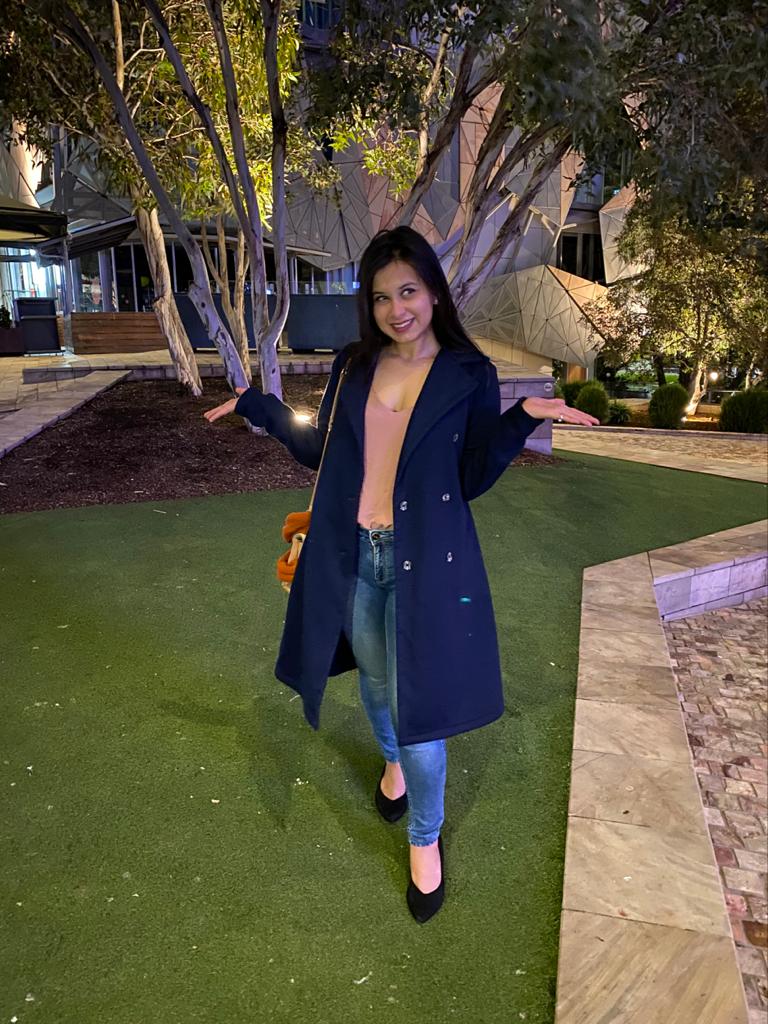 We ended with Tanvi in Melbourne, Australia, who was walking outside at midnight to show us the skyline and city lights! She showed us Flinders station which she interestingly narrated was actually the original design of Chattrapati Shivaji Terminal (CST) at aamchi Mumbai. Yess, so in 1899 there was an architectural competition following which the winner’s design would become the station at Melbourne. As a result of a mix up in design plans, the Melbourne plan made it to our home in India and the intended Indian one ended up in Australia, giving both a unique look! From the lights to even a river, her walking around and showing us everything, made us think she was in a full news reporter zone. Hah. More than anything, the fact that she was doing that even at midnight left me smiling. And for just a little bit, we were taken out of our four walls into the places where these 4 ladies joined us from.

The session ended happily but I was a little bummed out. The way I had found Valerie from Bolivia, I had also found someone from Tanzania. He actually runs wildlife safaris there! While he had told me that the parks aren’t active right now, so, a shot of that would not be possible, he’d said that he’ll step out and show us the nearby views. There I was, satisfied thinking that we’ll get a chance to look at some African jungle views. But lo behold, the session started and I couldn’t connect to him. I replayed everything in mind. His enthusiasm during our conversation, how I’d explained the technical aspects of Instagram Live, how we’d decided on the time, everything. I was confused that why would he disappear after all that coordination. Later that night, I received messages from him. He told me how he had driven out to show us a view but couldn’t get network unfortunately. Sigh. As I was looking at the pictures he sent, I suddenly stopped. I saw a very familiar looking view. After messaging him, it was confirmed. The man was, of course at a distance, but nevertheless standing somewhere in the countryside with a view of Africa’s tallest mountain, Mount Kilimanjaro! I was awestruck. Not by Kilimanjaro alone but by the effort of this man. He lives in Arusha and had driven a considerable distance to do this. Just to make some people from across the world, people whom he didn’t know, catch a glimpse of the mighty peak.

Of course, it was very unfortunate that the network kept this from happening. But I was still left feeling warm. To some the act maybe small, to some it maybe big. But you know, kindness ought to be viewed simply for what it is, kindness. A gesture like that or an effort of that nature, that too for a compete stranger, can only be recognized as kind. Therefore, once again, travel, even in its virtual form left me thinking about how kindness can be found in the most unexpected ways and can be found almost everywhere. We will bring the sweet Tanzanian man to join us for a session again someday but until then I hope this small story leaves you smiling like it left me smiling. 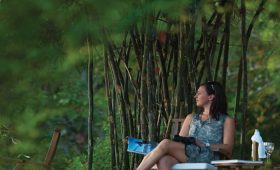 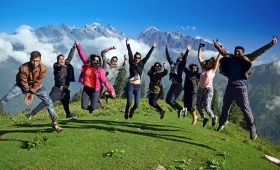 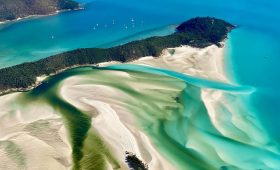