Bhavna Menon is a wildlife conservationist, working with the amazing Last Wilderness Foundation in trying to protect India’s wildlife. She, along with thousands of other people in the forest service, has dedicated her life to forests, animals, tribes staying in these forests, and it is our privilege to interview her. Do read the article to gain more insights about the forests in India.

1.Tell us a bit about yourself.

My name is Bhavna Menon and I work as the Programme Manager for Last Wilderness Foundation.

2. How did your love for the wildlife and animals begin?

I have always been a wildlife buff. Almost all my holidays as a child and as a young adult have been to places known for its flora and fauna. My interest also lay in understanding people and the human mind which led me to pursue Psychology. 3 years into the subject, my need to meet and write about people grew and I knew that writing about people in the remote parts of the country, people who needed documentation is what I wanted to do for which I needed  a formal training in writing  for which I turned to a masters in Journalism which I pursued in Mumbai. It was after this that I joined Last Wilderness Foundation as a college placement and since then there has been no looking back. I have had the privilege of not only writing about issues/work/people that need writing about but have been a part of some of the most beautiful projects.

3. What is The Last Wilderness Foundation?

Last Wilderness Foundation was started in 2009. The vision of the organization is an India with a vibrant and eternal natural heritage, which is respected and protected by its people. LWF aids conservation efforts in India by raising awareness about India’s wild heritage while also working with and supporting various individuals and organizations (Government & non-government) in their battle to conserve the last of the remaining wilderness spaces by engaging with people and communities that are dependent on India’s forests. We believe that conservation of wildlife is a continuous endeavour. To this effect, our aim was to understand the on-ground challenges via surveys to understand the situation (especially in the rural areas) in depth with regard to the community – wildlife relationship.

Armed with the knowledge of where we could help contribute, we engaged with urban and rural communities as well as the Forest Department in various capacities in a bid to understand and implement effective conservation measures. In urban areas, we work with children to spread awareness about wildlife and biodiversity as well as sensitize them towards conservation and the environment by creating materials in form of an activity book and games which educate the students about our country’s biodiversity in a fun manner. In rural areas, we reach out to communities living within and around the forests to understand, assess and address various conservation-related issues/impacts that may arise out of human-wildlife interactions.

Currently, we are focused on working in three tiger reserves, namely: Kanha, Panna and Bandhavgarh.

4. Do you have a favourite animal in all the forests you have visited? Tell us about him/her.

My personal favourite is the Leopard. The beauty of a leopard’s rosettes remains un-paralleled in my opinion and the way it moves through the forest, a picture of pure grace and agility is amazing. 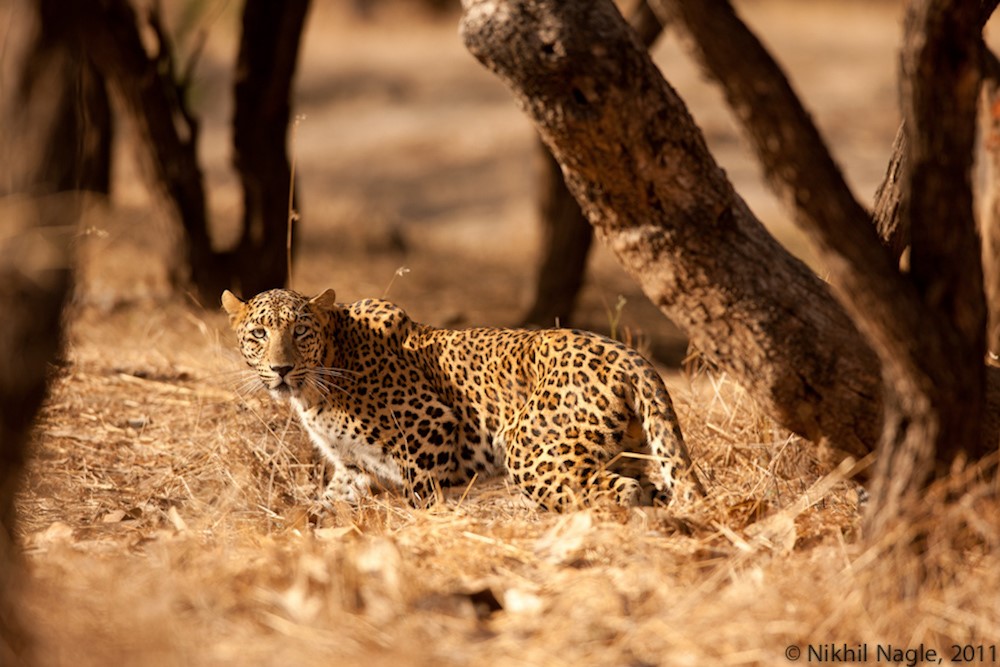 5. Tell us an adventure story from one of your jungle visits.

More than adventure, my favourite moment from the forests must be the first time I ever saw a tiger in the wild. I had waited for almost 23 years, before I saw my first tiger and a trip to Tadoba helped me achieve this dream. It was in the sweltering heat that we were waiting near a water hole where a herd of spotted deer and wild boars were drinking water. Suddenly there was mass hysteria and the water hole was abandoned in seconds and out walked this beautiful tiger by the name of Jabbar, un- hurried in his gait and as magnificent as they come. I was frozen in pure awe of the animal and even abandoned my camera to just gawk at my first tiger. 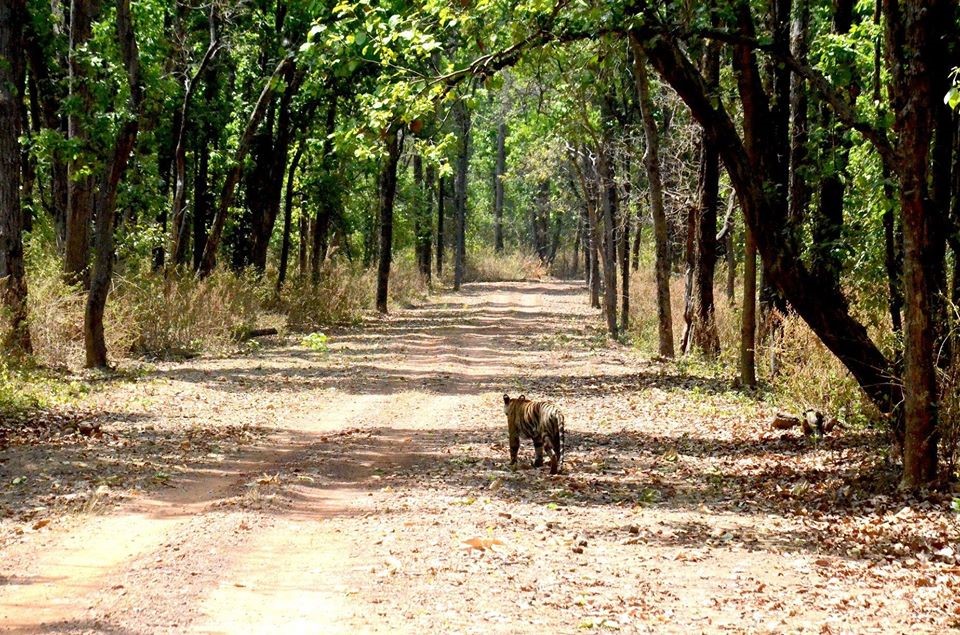 6. Tell us more about the human -animal conflict in jungles, and how does Last Wilderness tackle that!

Living alongside one another, animals and people living around forests often come in contact with one another, either when community members enter the forests to collect forest produce, or when animals enter the villages in search for food / shelter, it is these situations that can result in a conflict scenario. In order to tackle such conflicts, we started the Village Kids’ Awareness Programme in 2012 in Bandhavgarh as a means of conservation outreach with the adults and children living in the villages in the buffer zone of the reserve. 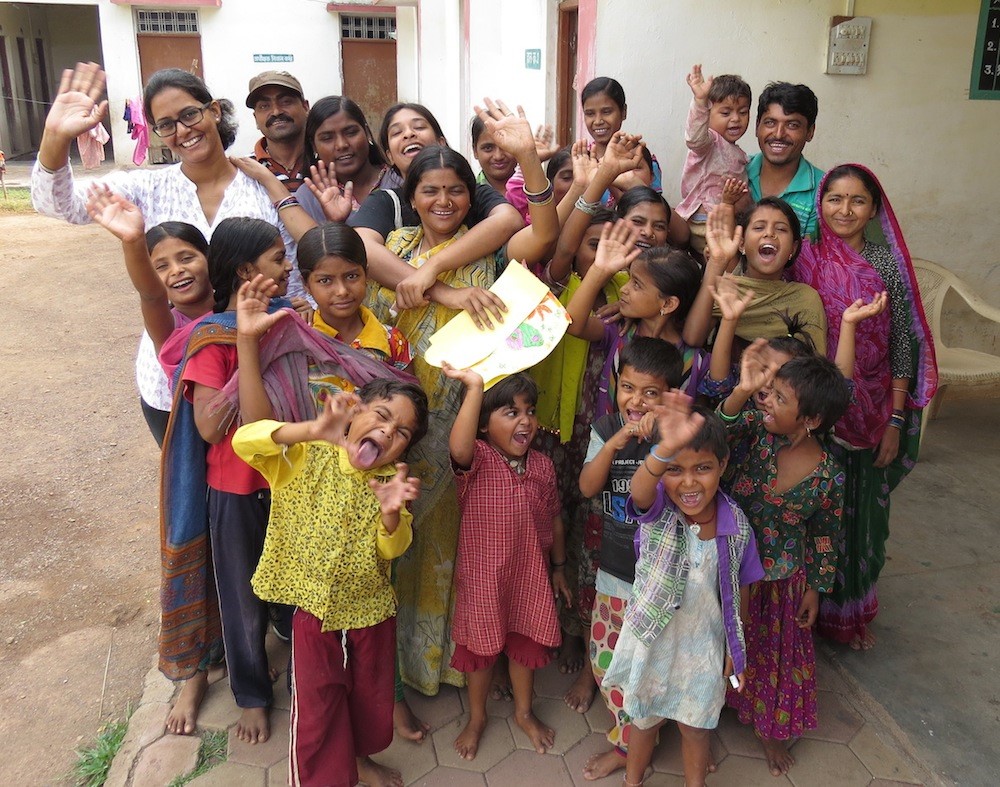 The aim of the programme was to have a dialogue with the villagers living in proximity of the reserve and to understand their challenges as well which could then be addressed by the Forest Department. The  programme was run via regular interactions with the help of movies and presentations, as well as introducing the community members to the wilderness with the intention of protecting it, by taking them to the forest on a safari and allowing them to enjoy our natural heritage while also gaining a sense of ownership to protect it. 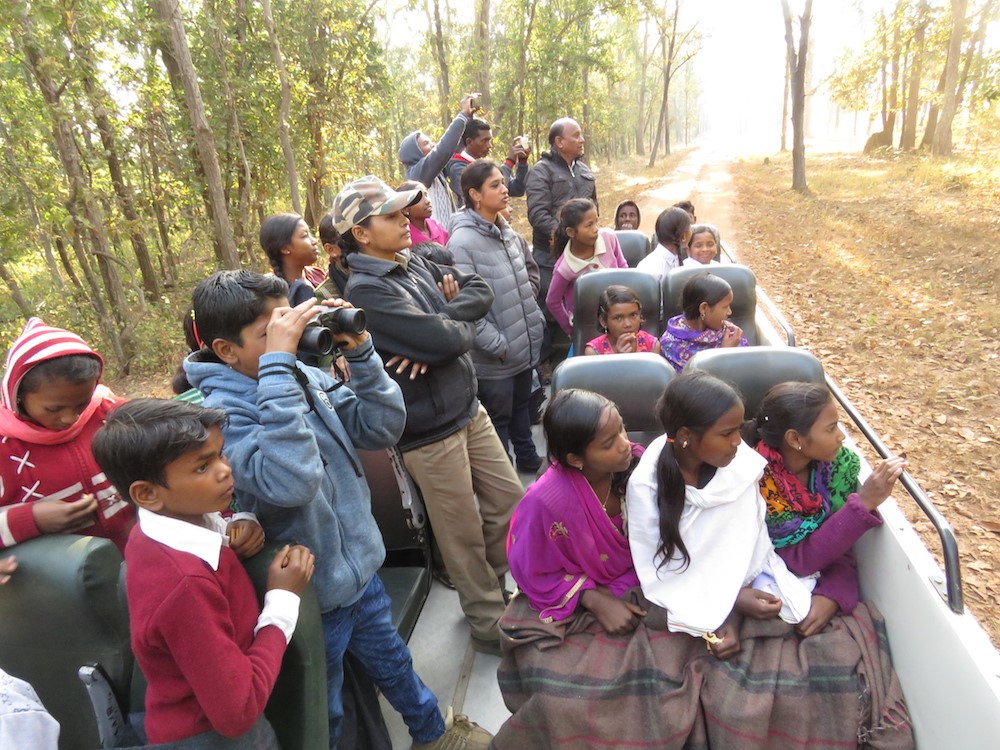 Through constant dialogue and interactions, we saw seen a significant change in the attitude of the community members owing to such conservation outreach programmes, wherein community members reported presence of animals in their village instead of attacking it.

7. If you could pick and tell us about three unsung heroes in the forest service, who would they be? Tell us their story in a few words

I think the first would be Shri. Surendra Khare who is currently the Assistant Director of Kanha Tiger Reserve. Shri. Khare is not only extremely passionate about the conservation of forests but is a visionary when it comes to community work especially regarding women. 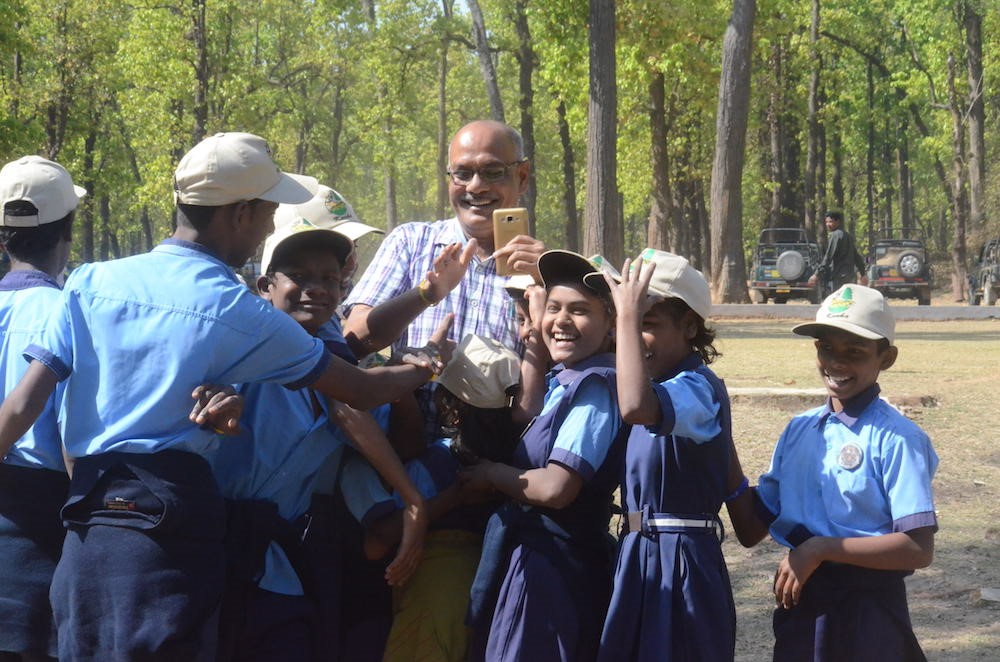 It is because of him that local women are now financially independent and are working as drivers and guides and are even running a canteen on their own!

The second person would be Shri. Raman Kalika Srivastava who was the former Field Director of Bandhavgarh Tiger Reserve and is currently the Additional Principal Chief Conservator of Forests (APCCF). He too is extremely passionate about community work and firmly believes that the conservation of forests is possible only with the help of community support. It is because of him that we were able to smoothly execute the Village Kids’ Awareness Programme at Bandhavgarh in the 2016.

The third person who I think has made a huge difference to the field of conservation is Shri. L.B. Tiwari who is currently the Deputy Ranger Panna (core). Shri. Tiwari was instrumental in the construction of the Pardhi girls’ hostel in Panna which was ultimately responsible for the weaning away of the Pardhi children from the traditional occupation of hunting practiced by their parents. Shri. Tiwari with his vast experience and years spent in the protection of Panna, is also an integral part of Panna’s tiger re-introduction  success.

8. What is the most beautiful thing you have seen in all these years in the forests?

The Sal trees in Kanha are breath taking. Everytime I see a Sal tree, I am in awe of its beauty.

9. We all know that most tourists are obsessed with spotting a tiger. If you had to pick 4-5 other animals that they should know more about, which ones would they be?

10. Tell us about your work with the Pardhi tribe

We are also  working closely with the adults in the community with regard to an alternative source of livelihood called – ‘Walk with the Pardhis’ which looks to channelise the age old knowledge of the forest and the skills of identifying the animal tracks and signs wherein the trained Pardhi will lead a nature trail for tourists, students or nature & heritage enthusiasts on a designated trail/ route in Panna. This initiative is being run in tandem with Taj Safaris and till now we have trained 12 Pardhi guides. 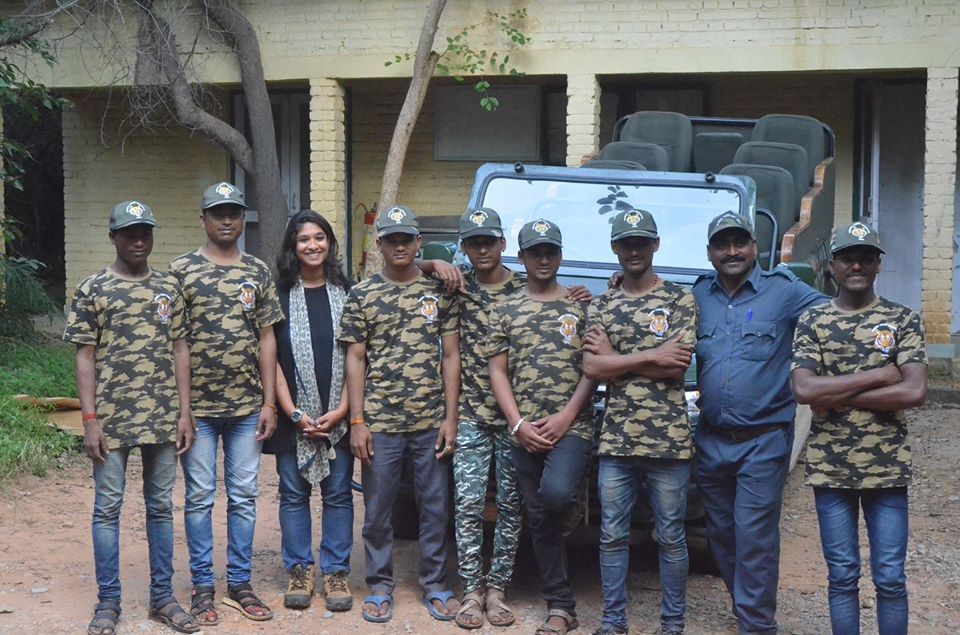 Last year, we have also started the Forest Fire prevention programme in Panna with the villagers of 37 villages in and around Panna to help them understand the ill effects of forest fires and rope them in for the prevention of the same. 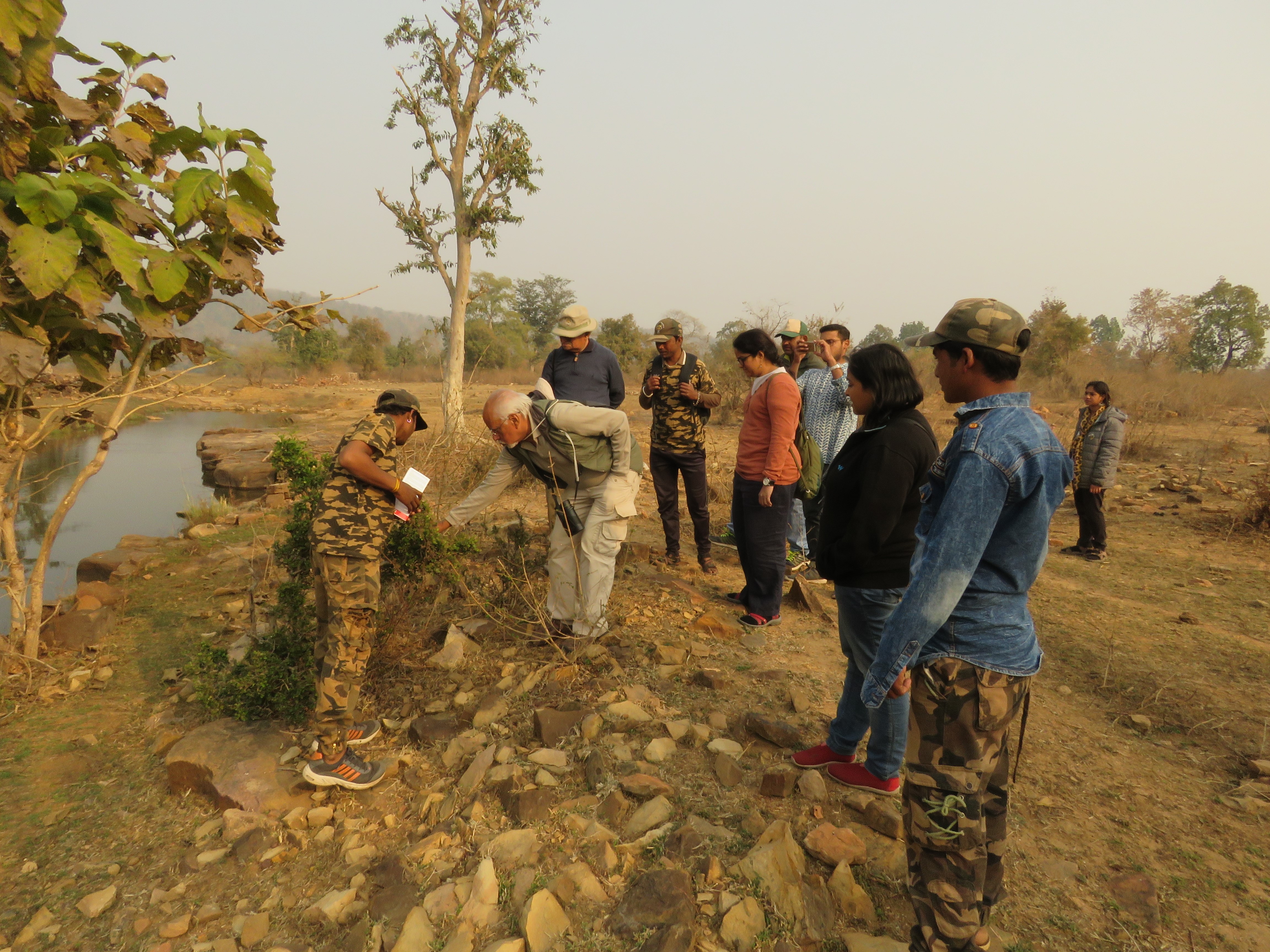 My dream is for more and more people to meet and interact with communities for experience sharing and learning of culture, traditions and traditional knowledge at both ends.

12. What would you advise to tourists who are going for their first safari?

Don’t be fixated on spotting the tiger. As clichéd as it may sound, try to appreciate the forest as a whole. There is so much beauty to observe, that you will never be disappointed if you visit a forest with an open mind.

13. What do you predict will be the situation in Indian forests in 2030?

I can’t be sure of this, but we hope that the level of co-existence that exists today between the local community members and wildlife, will continue for the next ten years and beyond too!

14. What message would you like to give to all the people out there.

Visit an Indian forest at least once in your life. Watching animals in the wild and just being in a forest can change your life for the better