­One day before I left to lead my new year Kashmir Trip last year, I got a call from an unknown number. He said he had booked the Kashmir trip with us, but had just got a mail that he wasn’t in my batch but another trip leader’s. I confirmed to him that it was the case, and we had mailed him the same three weeks back.

He asked if I could switch him to my batch. I said it was absolutely impossible. His response “Alright, then I won’t be coming on this trip”. I told him that I wouldn’t be able to refund him anything now that just one day was left for the trip to start. I also insisted that all the trip leaders on our team are fantastic, and he shouldn’t cancel. Surprisingly, very politely and smilingly he said that he didn’t want the money back. But he wouldn’t come if I couldn’t accommodate him in my batch. We kept the phone on this note.

It bothered me that someone would not come at all because of such a thing. I changed some things last minute and added him to my batch. I wanted to meet this guy, someone who was willing to forego a 25,000 rupee trip cos I wasn’t leading him.

Ankur and I became friends on that trip. He was mostly jovial, laid-back and only when you peered through his layers you could find an intense guy and a poet. We became close.

Four months later, in April 2019 he returned to do Meghalaya with me. This time around, he became the life of the party. His jokes would keep everyone regaled for hours. He spent time with everyone, becoming a big brother to some, jokingly father to some, and still managing time to flirt enough. Just when you would think that this guy is all about fun, he would do the sweetest gesture or say something profound. By the time the trip ended, all of us had become close, but my bond with Ankur became a hundred times stronger. Bhai saale, Bhai hai tu.

In July I was returning back to India from Norway. I had been in Europe for 45 days, and was exhausted. There was a stopver in Qatar (where he stays) and we had made plans to meet. The three hours that I was there, I found it amusing that he was driving me to all the sightseeing points, showing me stuff. All I wanted to do was sleep or sit. But he was so enthusiastic about being the guide’s guide. Finally it was time to say goodbye. While leaving, we hugged at the airport. As I took a few steps to the entry, I felt something was incomplete. I turned and looked at him. He ran and hugged me tightly again. It felt so much better. Throughout the flight, I wished I had brought him back to India.

It’s become our ritual. We can’t hug just once on bidding goodbye. We have to hug a second time, tightly.

I am so glad that last year when I told you I couldn’t accommodate you, you decided to cancel. Cos if you hadn’t and I hadn’t relented, we wouBest group trips Indialdn’t be what we are today. Brothers. 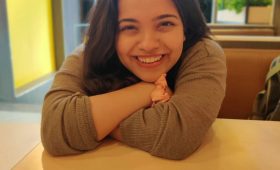 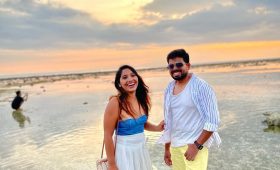 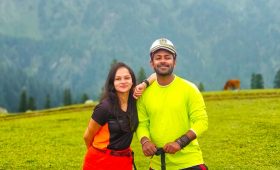