In travel, often external factors can change your plans (Covid being a prime example). Two days before my Tarsar Marsar trip, a trekker fell off a wooden bridge into the swirling Lidder waters. A guide had heroically jumped in after him to save, and both died. It had been raining continuously for four days, there was snow on the top reaches of the mountain, a bridge had collapsed.

As I prayed for things to get better, Kashmir govt announced that they were closing down the Tarsar trek till the bodies were found and bridge was repaired. My trek had just been cancelled by the state.

Along with my local agents, we came up with an alternate trek – Nafran Valley. Hardly anyone was doing it, and there wasn’t much hype about it. They promised it would be better than Tarsar but I doubted that highly.

When my trippers reached Srinagar, I told them about the change in plans. If anyone was upset they didn’t show it. They understood nothing could be done, and we had to make the best of what we had at hand now. It made me happy to observe my gang. A tiny voice told me, this was a good set of people I was going to be with for the next seven days.

The days that came along were beautiful. We trekked daily, through different landscapes. A steep ascent on the 1st day, jungles and river on the next, a stunner of a valley the next day with cliffs surrounding it from three sides. Every day was more beautiful than the previous. But what stood out for me was my people. They woke up cheerily, they trekked cheerily. Every evening a lot of us played frisbee. We crowded around for any chai or food, we played mafia. We huddled in the cold to see shooting stars. People cheered for the ones who took more time to trek. Incredibly the slow ones never complained or fussed about pain or tiredness. Every time I saw them they smiled as they reached us. Maybe we didn’t have intense conversations with every person, but we did like everyone.

We fell in love with Nafran Valley. Truth be told, I couldn’t have asked for a better set of people to do it with. 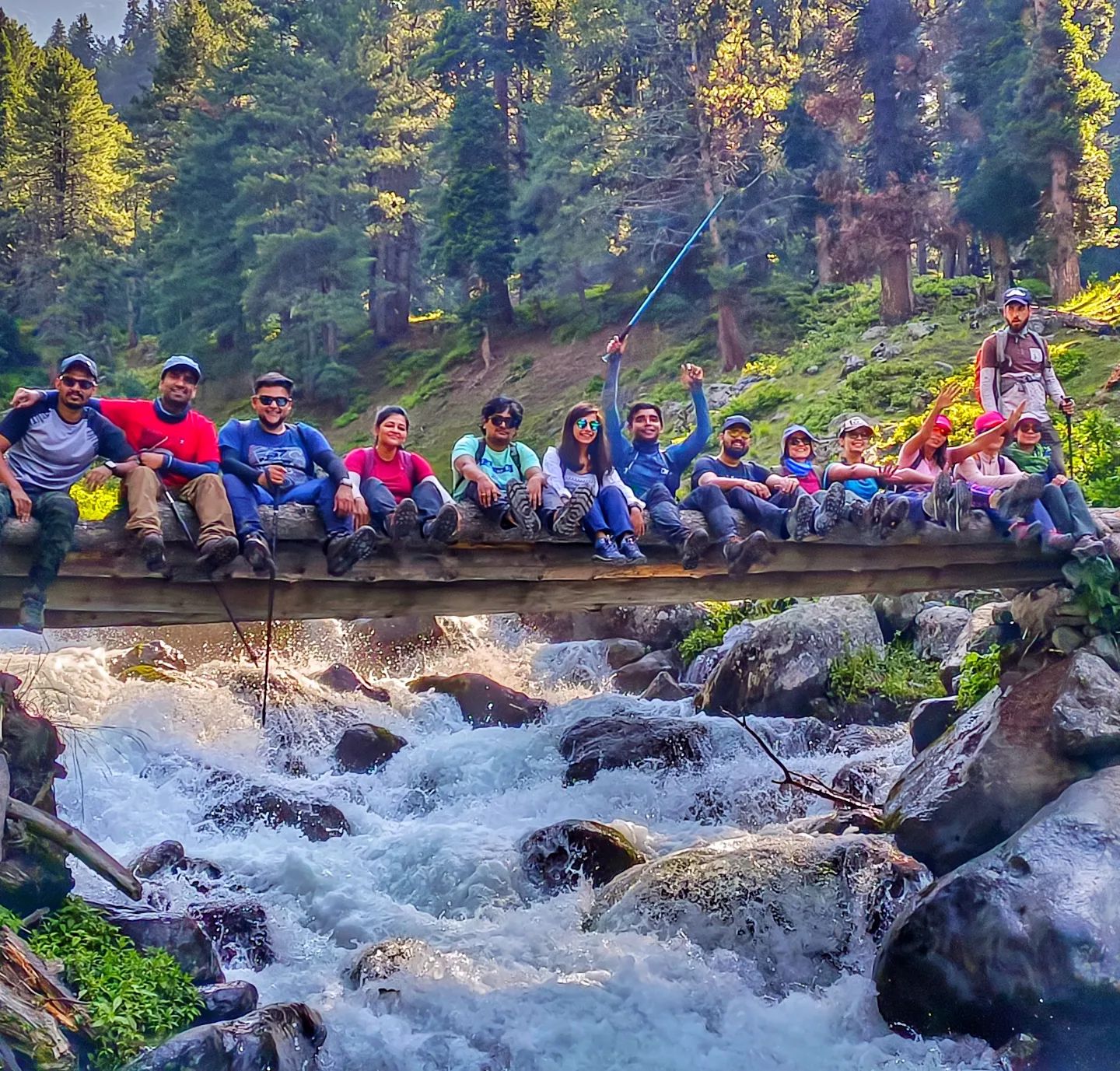 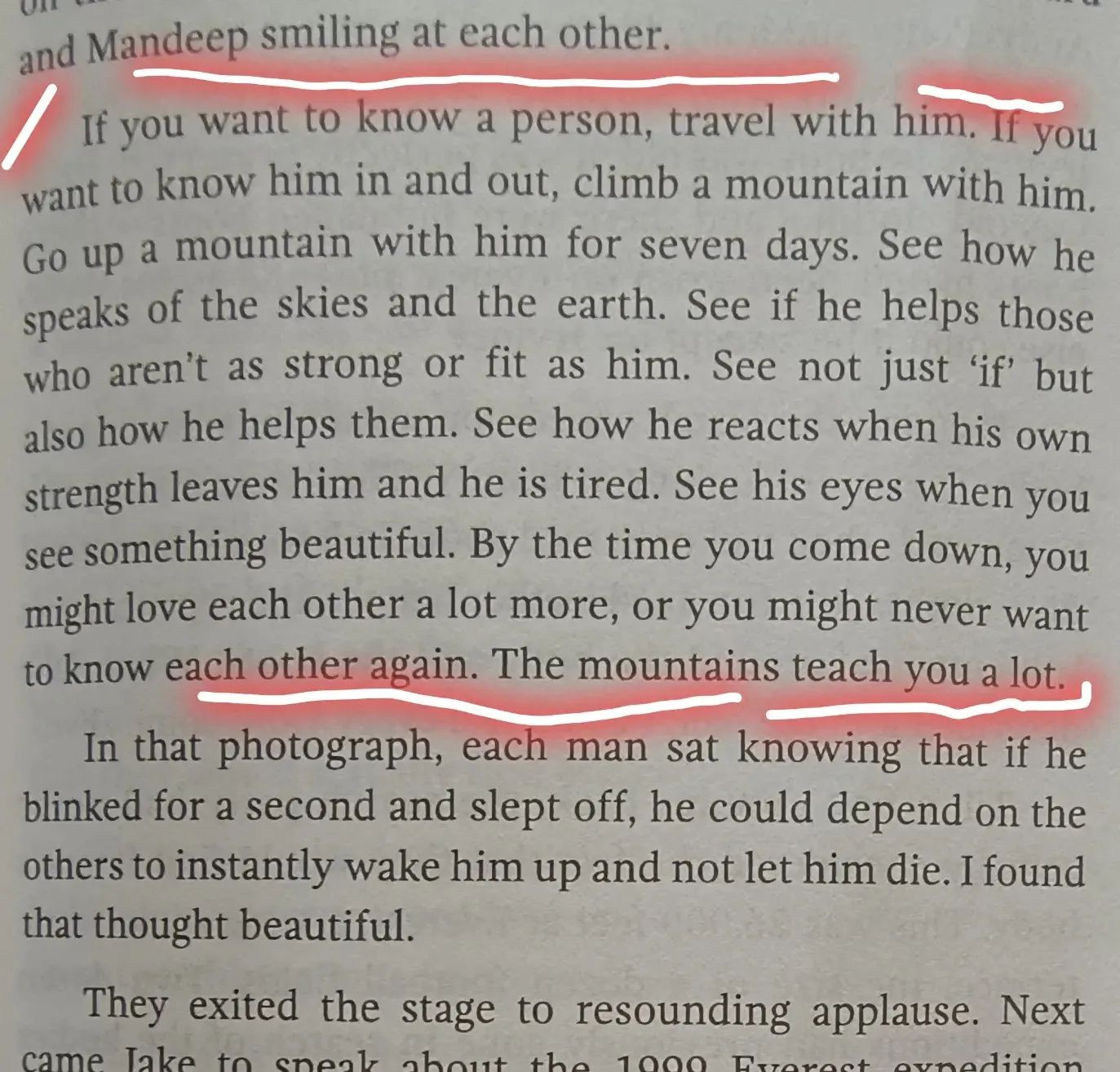 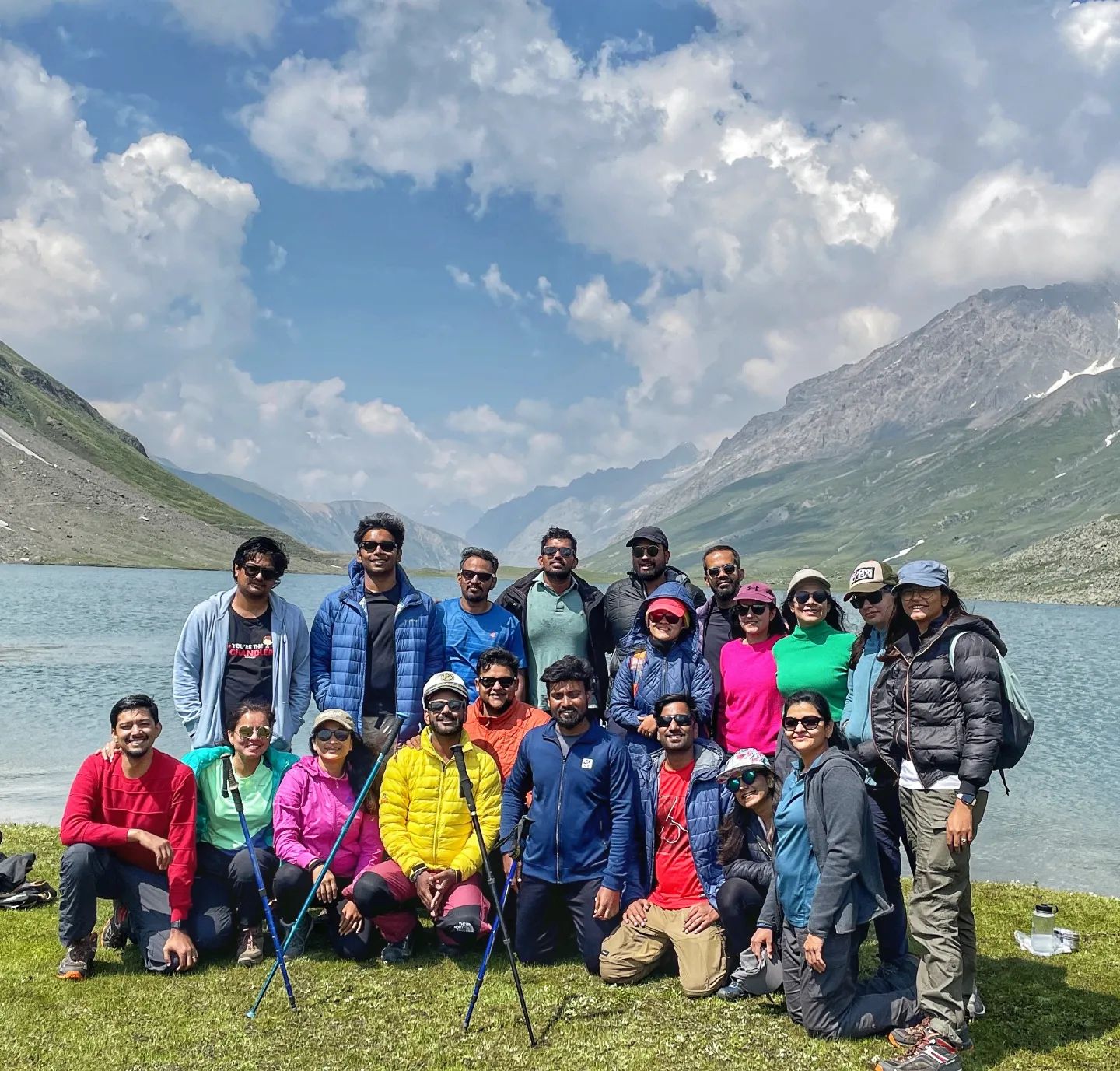