“Never a dull moment in our line of work”, I said to Neeraj just a week ago in response to a query someone sent me about our upcoming October trips. Life as a trip leader is truly entertaining. The most obvious reasons being the adventures one has a chance to experience and the excitement of meeting new people but what I think people don’t even know is the funny situations we become privy too.  This ranges from questions prior to joining a trip and even incidents during a trip. Hehe of course, as my mom often reminds me, if the tables were turned, probably, I too would have had these questions, so, know that this is all in good fun and all questions are welcome. For the sake of privacy of my dear question posers, no identities have been revealed here. ?

Trip Leading has truly taught me a lot but one of the key takeaways has to be the realization of how much human beings need washrooms. Don’t get me wrong, the necessity in general is pretty understandable. But the situations in which people presume that I might procure a washroom leads me to believe that they must think I have Wonder Woman on call and she zooms up to wherever I signal her with a portable washroom in tow! For example, in the middle of raw treks. Generally, I always brief my group on a trek day as to what they can or cannot expect. A washroom mostly falls in the cannot category. Yet there’ll be many who’ll ask “yaar, is there a washroom here?”. Now I would understand if we were on a developed trail but these questions have come when we are on a trail that doesn’t even have a Maggie point, where the last human outside of our group was seen right at the beginning and where the path is no narrow that one can see the entire landscape around them but ah my trip leader eyes bless me with a special power apparently! Hey, Wonder Woman, I would really appreciate this service, do me a favour, will you? ?

This I think has to be one of my all-time favourites for sure. A girl had been asking me queries about a trip. From gear to travelling with strangers, cash to carry, etc. the girl asked all reasonable general questions. But then came a question that quite literally left me at a loss for words. She asked and I quote, “What if I get homesick?”. Umm… what if I feel out of place, what will the others be like, see these are questions I expect one to have while trying to travel with strangers for the first time. But how I intend to tackle homesickness? I will arrange a video call between your folks and you? I will sing your mummy’s patented lori for you to fall asleep? 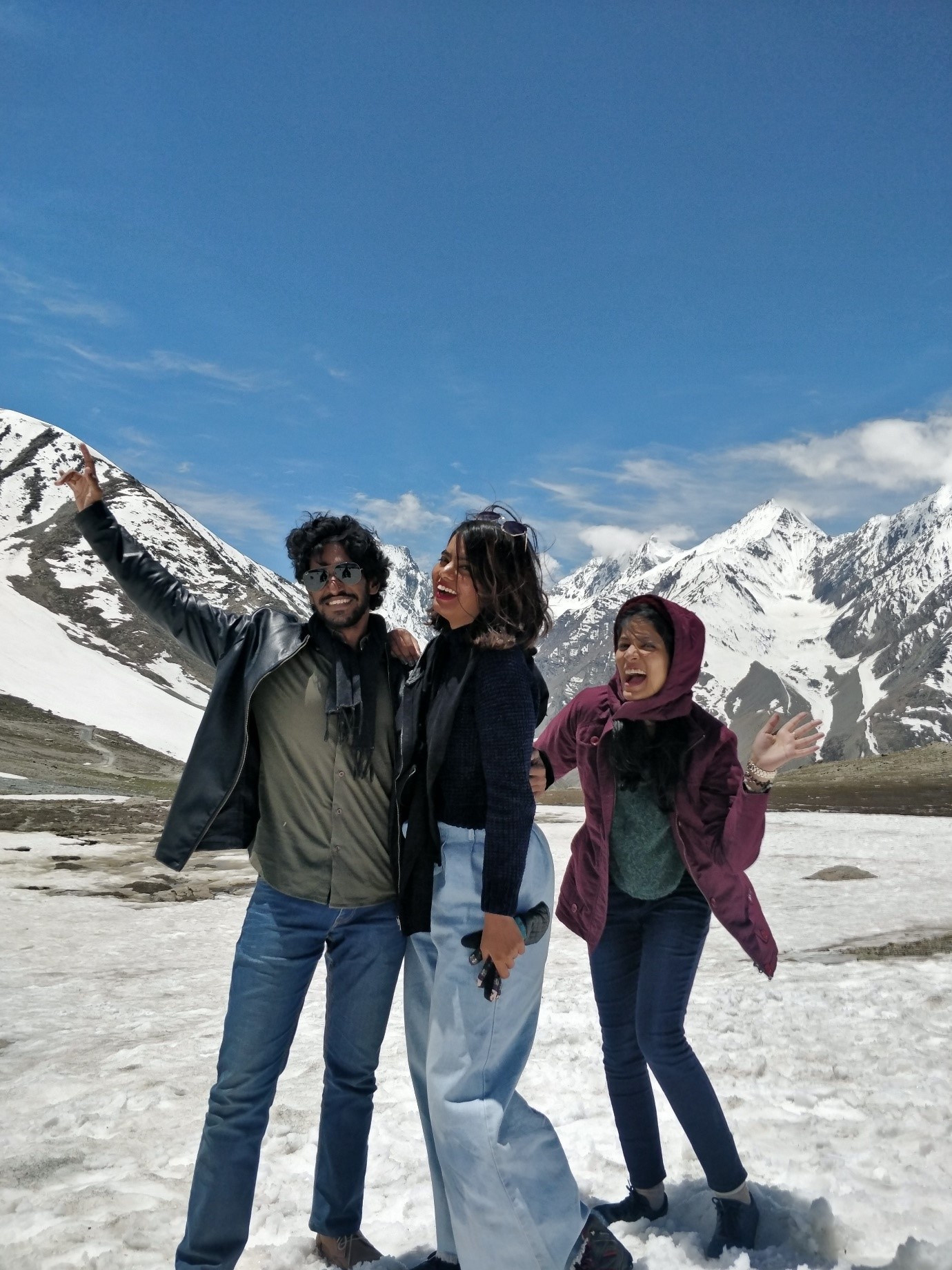 Here For The Gram

Once again, we do get it when someone is apprehensive of travelling with absolutely unknown people and has questions about it. That’s something for which people have to take a plunge and they might just love the experience while we’re there holding their hand as they plunge. Occasionally, someone even asks if they could possibly interact with the others in the group prior to the trip. I understand where that thought stems from, but we politely tell people they’ll have to wait till the trip as we must respect the privacy of individuals. But there is a whole other level to this. The Instagram Influencers! ? Hah I don’t know if they are influencers or not, but I have had people ask for other trippers’ Instagram handles prior to joining a trip. No name, no city, no what do they do, straight away Instagram. Mind you, this was a boy who told me he’s painfully shy, so, I don’t expect him to talk to these people beforehand. Then why the Instagram accounts details? ACP Pradhyuman and I deducted that this must be an attempt to gain followers, to take the influencerrr route! ?

Dear mummies and papas of my trippers, I promise to keep your child safe and sound but ermmm what said “child” does to get on the trip, let’s just say I have no role to play. Ahem ahem. From people travelling with their special friends and asking me to assure their mummies that they are tucked in with a sweet girl, to what not stories have been cooked up to make some trips a reality! And, hey, I’m not always a part of these plans but somehow people assume that the trip leader will willingly get roped in. So, I’ve even had girls make me talk as their “work friend” to their mothers over the phone during a trip! Because of course we are on an office excursion, kaafi team building ho rahi hai, aunty, just that this is a whole new team. :p  A sincere request to any mothers reading this, please don’t curse me, oops! 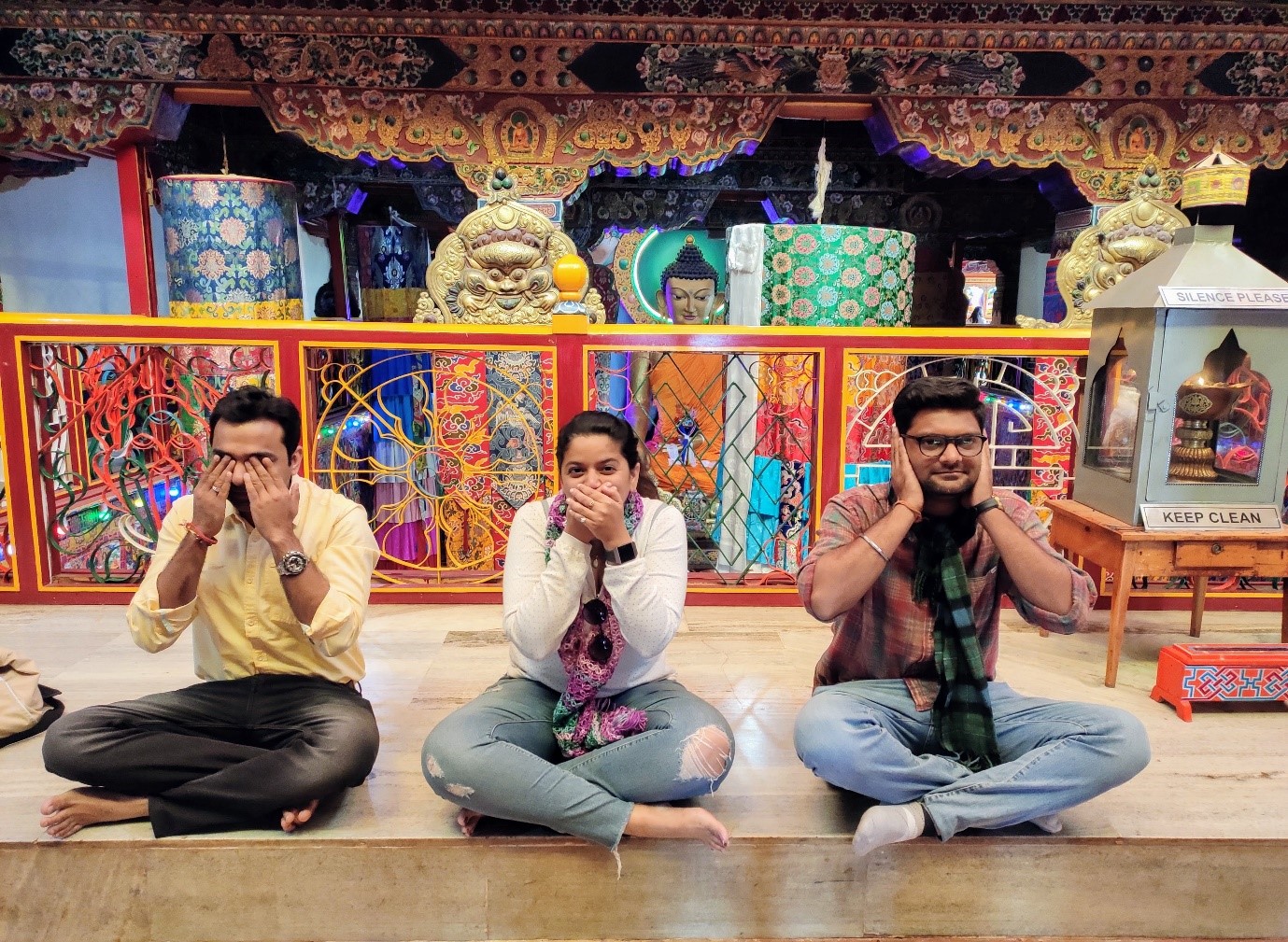 When we visit the ever so pretty state of Arunachal Pradesh, we go to Bum La Pass. It is a high-altitude pass between India and China and even has one of the major outposts between the two countries for discussions and diplomatic efforts. Basically, from Bum La Pass, as you stand on the Indian side, you can see the fence from where China begins! You can see some Chinese people too and essentially Chinese soil is right there, just a few metres away. With this information comes the question, “Can we go to China?!”. Obviously, I politely reply saying no to which one boy said to be, “Aree you guys take groups so often, kuch toh aapki setting hogi Army ke saath?”. He’s absolutely right! The Indian Army is pretty strict in the area but when they see one of our groups turn up, they simply make way to let us proceed for a photo session with the Chinese troops, they even offer to put aside their rifles to click a couple of “candid”s for us. xD

Guys, I have changed a career or two in my life and am open to all sorts of possibilities but I assure you selling shoes is not an option that I’m considering! So, the story goes that often on our trips involving treks or specially, winter treks, I advise trippers to get proper trekking shoes, gaiters, poles, etc. The gear has at times proven to be crucial for one’s comfortable movement in the snow. Now I sincerely don’t blame this guy but once someone asked me that since he doesn’t fathom it all being of much use to him later, would I be willing to sell his shoes and pay him a percentage? Suddenly, a vision of myself popped up in my head where I’m standing at a trek starting point and this time instead of running up the rocks, I’m screaming “ek ke saath ek muft!”. 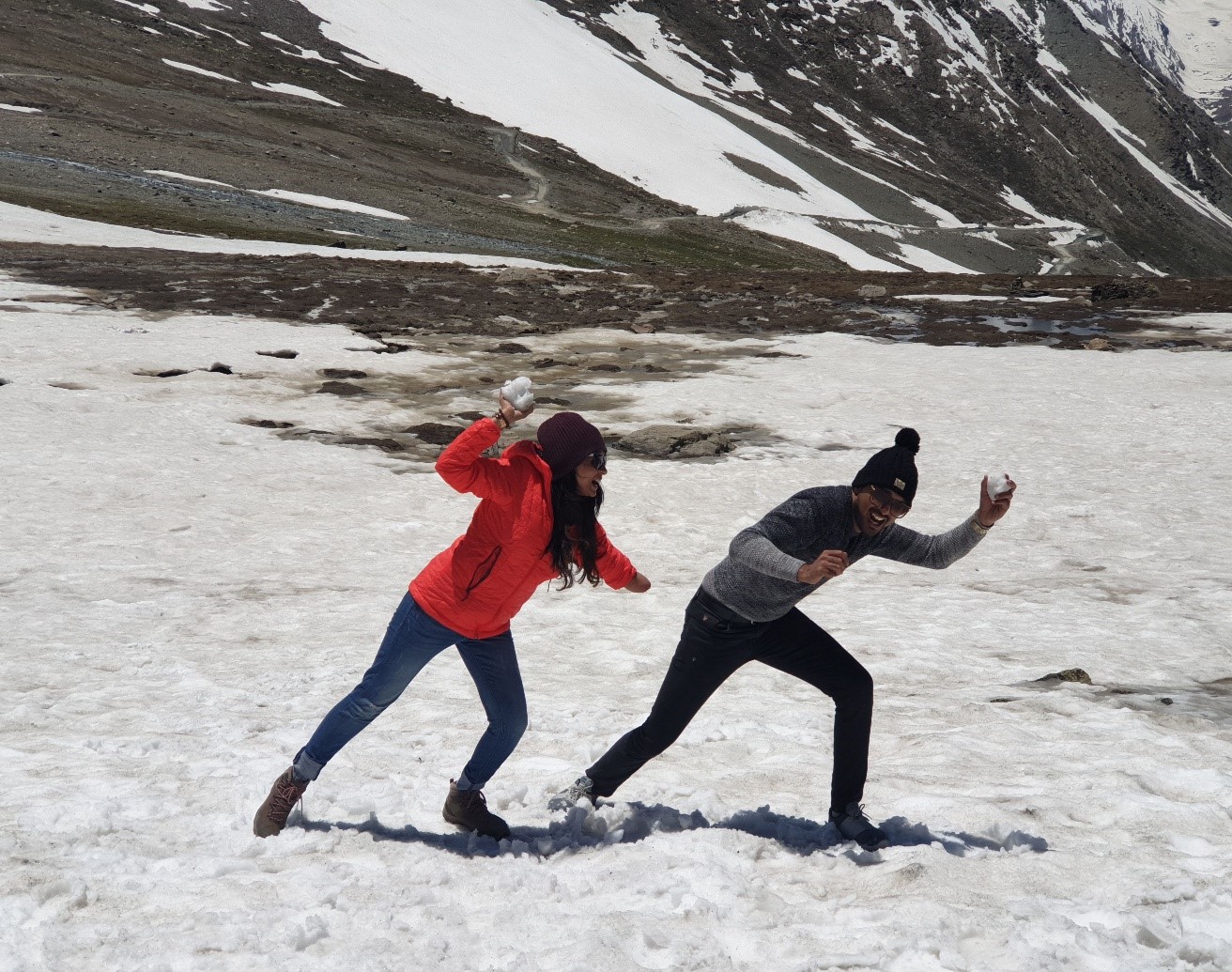 To tell you the truth, this is just the tip of the iceberg. The funny experiences one ends up encountering in this line can lead to a lot more stories! But I guess some will have to wait for us to sit down, converse and share a laugh over a cup or two of tea. ? And, hey, if you have been one of the people who asked me these questions, then a big hug and your cup of tea is on me! :p