You could travel far and wide in search of exotic cultures and stunning landscapes to see, or you could travel within India well and deep to see what colourful cultures and natural beauty our own country is home to! Here at Onhisowntrip we are all majorly in love with the North East of India. Away from the business of the rest of India, is a region lesser in crowd and richer in its greens with waterfalls and lakes adding to its charm. Within the North East, as parts became popular there still remain other parts shrouded in an aura of clouds as we remain unaware yet excited by what might lay within, such as the state of Manipur. 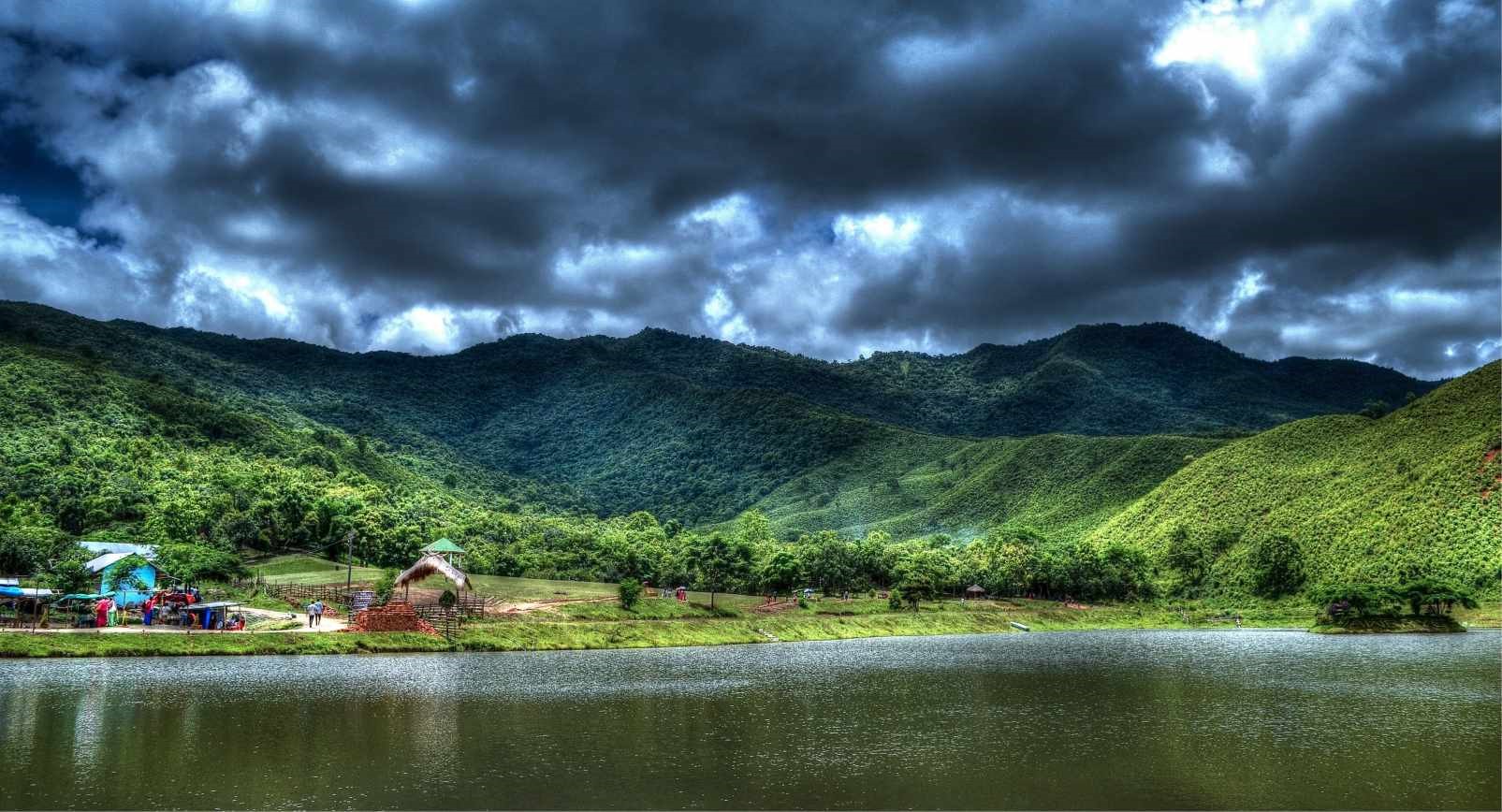 The name Manipur literally translates to “The Jewelled Land”. It was coined on account of the 9 hills surrounding an oval valley in the centre, i.e., a natural jewel. Even Pandit Jawaharlal Nehru had referred to it as the jewel of India. So, if you’re up for a tête-à-tête with this prized gem, let’s find out where all you ought to head!

How to reach: You can fly down to Imphal but the availability of flights can be tricky so make sure to book in advance. In case you wish to travel by train, board a train till Dimapur Nagaland and from there take a local bus which can bring you to Imphal in approximately 8 hours.

A scenery of blue skies and green hills, the land came to be named Senapati after their former Prince Tikendrajit Singh who as their senapati or commander in chief valiantly sought to fight off the Britishers. For observing the primitive tribes, the village called Yang Khullen is the best pick and for interacting with Mao people there’s a hill station called Mao itself. Additionally, you can splash some chilly freshwater on your face and well all of yourself by visiting the waterfalls of Sadu Chiri and Barak. Personally, I would also be keen to explore the caves such as Makhel. These Makhel Caves narrate how the Naga people went onto disperse into other parts of northeast from this point. In fact, as per legends, sacred trees rose from the tomb of the Naga mother!

If those caves piqued your interest, then there’s more in store! Tamenglong is home to the Tharon Cave which is spread over 655.6m. The thousands of years old cave suggests a presence of the Hobinian culture otherwise prevalent in North Vietnam! Other than your fair share of caving, make sure to let yourself enjoy the view of verdant forests and Buning meadow that this district offers. The biodiversity hub awaits also with River Barak, Zeilad Lake and the seven waterfalls. Sounds like its time to splash in some waters and soak in some views!

What is it about Manipur and sublime lakes? Next in line for you to see is Lake Lousi prettily perched as a picnic spot in the town of Thoubal. A tuft of clouds and some greens overlook the lazily flowing lake. Further, Thoubal is considered to be a paradise for trekkers! There are trails hidden beyond its paddy fields and wetlands leading to quieter parts of the state for a simple escape. Kakching not only has history of the war but also temples and cosy gardens to visit. And in Yairipok the village goes a mile further as they even show you the structures that have been standing there since the 16th century!

Blooming grasslands, fresh foothills and luscious lakes, if it isn’t Manipur’s very own capital that goes by the name of Imphal. Yes, capitals are typically the busier cities in any state so you can be sure to expect that. But since your entry into Manipur almost always requires you to enter via Imphal, why not make it fruitful instead of just a crossover point? The State Musuem, Palace of Kangla and Peace Musuem allow you to trace the history that led up to the state’s present-day existence. Actually, the Peace Museum is intriguing for history buffs because it is a testament to the erstwhile British ruled India in which our countrymen fought in World War II. The Battle of Imphal was fought near the Red Hill back then and that is where the museum stands spread out to share what it saw. Beyond that Imphal’s lakes and greens are a sight too. The Loktak Lake is the most famous while the Imphal Valley (shown in the picture above) ought not to be missed! And for our outdoorsy or sports frenzied folks, the Polo Ground offers a chance to sit in on sagol kangjeg or Manipuri style polo match, if you’re lucky!

Meet one of Manipur’s prettiest, the town of Ukhrul. Between mid-October to mid-November the cherry blossom season takes full swing and you can find the town draped in a riot of colours.  The Shirui Kashong peak is not just blessed with wildlife but also offers stunning panoramas of cliff-tops. Meanwhile, the Kayak Peak lets you gaze below at the hamlets dotted below in green stretches. All in all, Ukhrul is where you lay back, take long walks and just soak in what the state offers. Manipur is for those who see beauty in the simplicity and sheer gorgeousness of nature in its raw forms.

Click here to read about a hidden waterfall in Manipur!