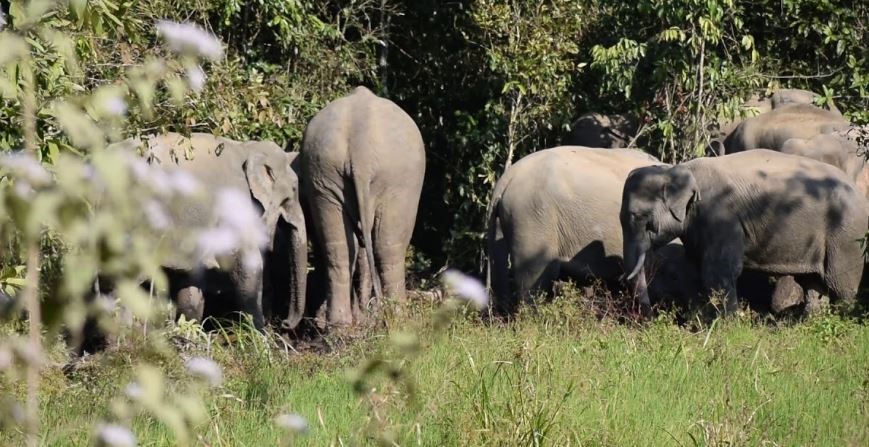 We exclaimed with joy when Himalayan peaks were seen from Jalandhar. The news of dolphins playing near Mumbai beaches or a civet using zebra crossing made us smile during the lockdown. The air was pure and the rivers were clean. Nature was healing and it was because we stayed indoors. We knew already how humans have affected the environment in the most negative way but the pandemic brought various examples of how we are the true virus on the planet. People started educating themselves and pledging for not repeating the same mistakes. Sustainable tourism was the talk of the town.

But amidst all this, we failed once again when the National Board for Wild Life (NBWL) recommended coal mining in a part of an elephant reserve in Assam. In April, Dehing Patkai was in news as NBWL discussed a proposal for use of 98.59 hectares of land from the Saleki proposed reserve forest land for a coal mining project.

Saleki is a part of the Dehing Patkai Elephant Reserve that includes the Dehing Patkai Wildlife Sanctuary. The sanctuary covers 111.19 square km of rainforest and several reserve forests in Sivasagar, Dibrugarh and Tinsukia districts in Assam. Dehing is the name of the river that flows through this forest and Patkai is the hill at the foot of which the sanctuary lies. This beautiful rainforest forms the largest stretch of tropical lowland rainforest in India. It is also the only patch of virgin rainforest in Assam. And is known as the ‘Amazon of the East”.

The sanctuary is rich in biodiversity. It is said that the area has seven species of wild cats, which is the highest diversity of wild cats in the world. Till date, 47 mammal species, 47 reptile species, 293 bird species and 30 butterfly species have been recorded here.

The question arises that why coal mining has been allowed in this area and what are the impacts? Let me first clear this up that coal was already being mined in Dehing Patkai. A 30 year mining lease was granted to Coal India Limited in 1973 which expired in 2003. They applied for lease renewal in 2012. However, the mining was never stopped. No mining should have been allowed to carry out until the lease was granted yet it continued illegally. A total of 98.59 hectares of forest land was approved for mining. 12.93 hectares was broken up for mining by 2003 and 44.27 hectares was broken up between 2003 and 2012, then the Coal India Limited applied for lease renewal for mining 41.39 hectares in 2012. Shockingly no actions were taken between 2003 and 2012, when such a huge portion of land was taken under mining until recently as of May, 2020 when the Assam Forest Department levied a fine of Rs 432.5 million on Coal India Limited for illegal mining in the reserve forest. And after all this, NBWL gave approval for extraction of coal in the region.

But this time, it was not as easy as it looked. The government’s move has led to protests all across the state. Thousands have started an online campaign with the hashtag ‘SaveDehingPatkai’. Several PILs were filed stating the significant cultural and ecological importance of the Dehing Patkai rainforest. These forests are not only home to several rare and endangered species of plants and animals, but there are many ethnic tribes residing in the region too. Coal mining usually degrades the natural environment and leads to the destruction of habitat. It leads to unimaginable air, noise and water pollution. In most of the cases, these mines are left open to nature and the whole region is converted into an abandoned field which later turn into a barren piece of land. This project is stripping off the forest cover slowly but steadily. And that is why these protests are necessary.

For now, a temporary suspension is announced on all the mining operations. This doesn’t mean our work is done here. Focus on the word “temporary”. We need permanent solutions and even though it might take some time to reach there, we have to raise our voices constantly and powerfully till they are heard by the authorities. It’s up to us now. Do we want to see the beautiful snow covered peaks and jump with joy on seeing the playful dolphins? Or do we want to be the virus in this planet?