Looking for more than just a cup of coffee?  Cafés around the world have been adopting ever stranger themes and decor, with new and unusual concepts opening daily. Some of them might interest you, while some might make you think – WHY? Here are some of the strange themed cafes from around the world.

In 2007, a restaurant opened in Fortezza Medicea, a 500-year-old prison near Pisa, Italy. The wait staff are the inmates, with some serving life-sentences. You’d think that it would be daunting for patrons to be served by real-life murderers, however, the restaurant is extremely popular, with tables booked weeks in advance. The concept arose as a rehabilitation program. It ended up working so well that a prison in Milan, Bollate prison, opened up its own restaurant, called InGalera.

Don’t worry, the name of the café does not describe how bad the food is here. While it seems like a run of the mill restaurant) serving food that’s been called ‘quite good,’ the meals here are very unique from elsewhere. This is probably due to the simulated earthquakes that occur. Everything in the underground restaurant/ café is designed to withstand a 7.8 earthquake. The plates and glasses are heavy so they stay put, and the staff wears safety gear, though mostly for show. Don’t worry; there have been no injuries yet. This café in Spain has been known to attract adrenaline junkies and the curious alike. One tiny warning:  food and drinks have been known to spill during the seismic simulation so dress accordingly.

This one might not appeal to everyone. Modern Toilet opened its doors in Taiwan in 2004. Since its debut the restaurant has opened up 12 different locations in Asia, including China and Japan. The meals off their extensive menu are all presented in miniature toilet bowls, and resemble steaming hot diarrhea. You can upgrade your drink to have it served out of a urinal. The very stool you sit on is a toilet. Obviously, ice cream is served as a perfectly-spiraled turd. Okay, let’s move on.

Japan hosts many strange themed cafes. One of them is Soineya or cuddle cafes. Sometimes, after a long, stressful day, there’s nothing more comforting than crawling into bed with your significant other and falling asleep in their arms. But what if you don’t have anyone to cuddle with in the first place? Japan has found a solution to this as well. Soineya translates to “sleep together shop”. But wait! Before you raise your eyes and think of it as a brothel, let me tell you that the place is meant for sleeping next to the girls not with them. Aimed at single men, Soineyas are thought to be the perfect remedy for a lonely heart. Options start with a 20 minute nap and range up to 10 hours, or a very full night’s rest.

Doing your laundry is no more a boring task. Copenhagen has found the solution for getting on top of their domestic chores. At the Laundromat Cafe, customers bring their laundry, pop it in a machine and then grab a drink. There’s over 40 types of beer or a meal. Plonk yourself on the couch and grab a bite. You can also plan an elaborate brunch with your friends while your clothes are getting cleaned. Win Win!

Bedpans filled with dumplings and syringes full of ketchup – these are the staples you find at The Clinic in Singapore. The cafe was created as an ode to Dutch artist Damien Hirst. You can kick back in a  golden wheelchair while servers dressed as nurses serve you IV drips full of booze. A trip to the hospital has never been more fun. 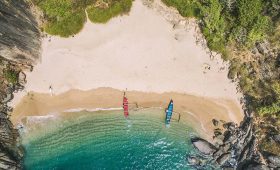 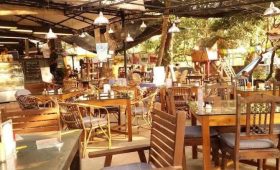 Cafes Worth Visiting In North Goa 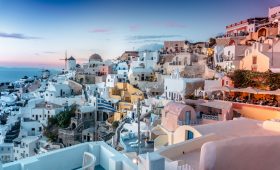