“The Last Shangrila”, “Land of the Thunder Dragon”, “Happy country”. There are so many names for Bhutan. But did you know that Bhutan was completed isolated from the world till 1974. In fact, people knew so little about it that the Western World thought Bhutan to be a fictional place, like Narnia. Let me tell you that even though Bhutan is a real country, it definitely feels to be straight out of fairy tale. Here are our favourite places to visit in Bhutan: 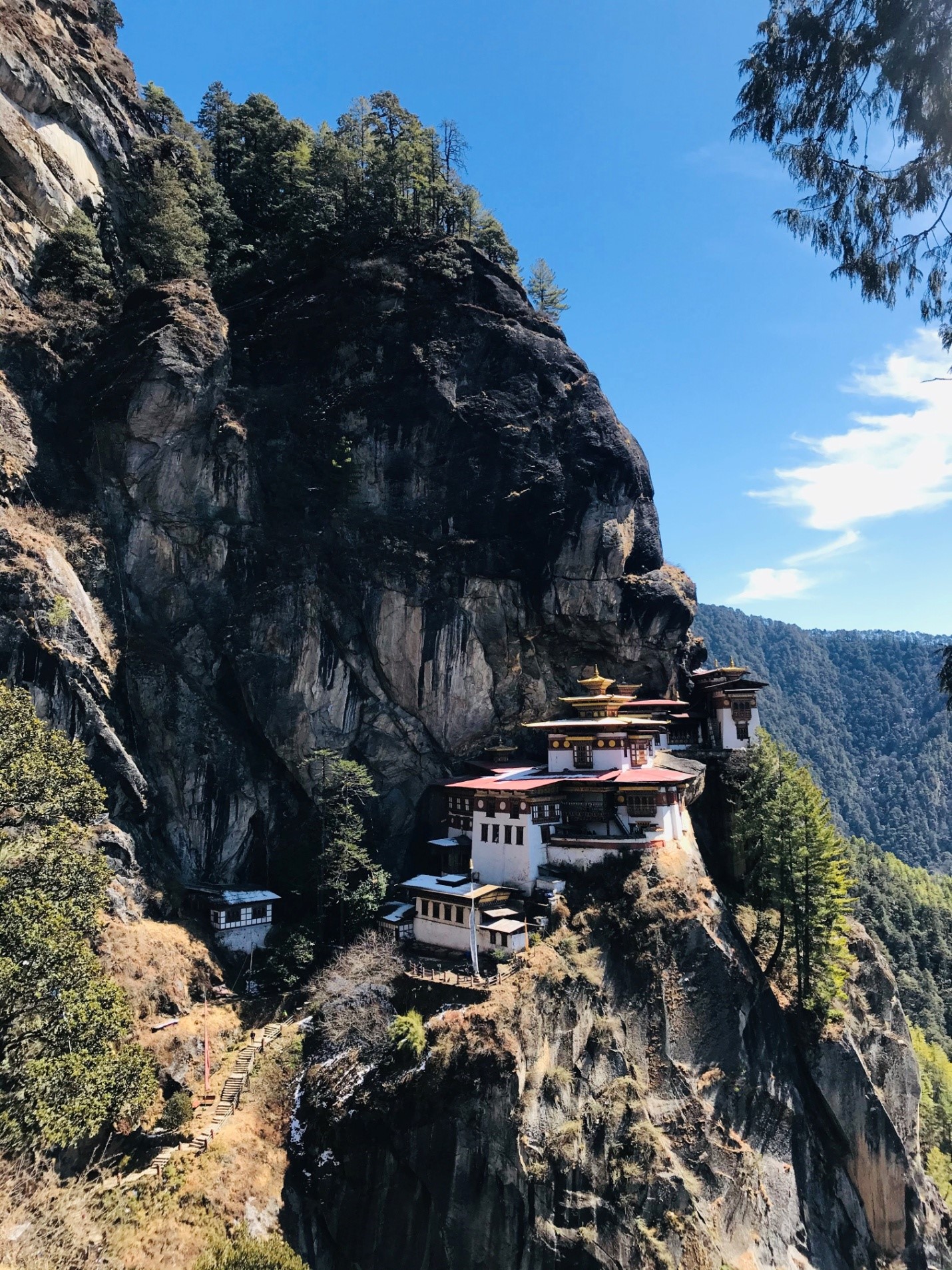 Tiger Nest Monastery or Taktsang Monastery is easily Bhutan’s symbol of pride and respect. It was constructed in 1692, around the cave where Guru Padmasambhava (also known as Guru Rinpoche) first meditated. Legend says that Guru Rinpoche flew from Tibet to this location on the back of a tigress (hence the names Tiger’s Nest) and subdued the local demons who were troubling the people of the region.

This beautiful monastery is perched on a cliff, 900 meters off of the ground and you will have to trek for 4.5 km to reach here. People from all the age groups can be found on the path. The trek is not too difficult, and the best way to do it is to walk at a steady, comfortable pace. Most of the walk is through a hilly forest and as you keep walking, you will see rhododendrons, pines and a lot of prayer flags.

There is an aura around the monastery and the location adds a magical touch. You can spend an hour or two by yourself, observing the monks, the rituals, the beautiful rooms, and listening to the stories of Bhutan’s most favourite monastery.

Click here to read about Cafes in Paro in detail! 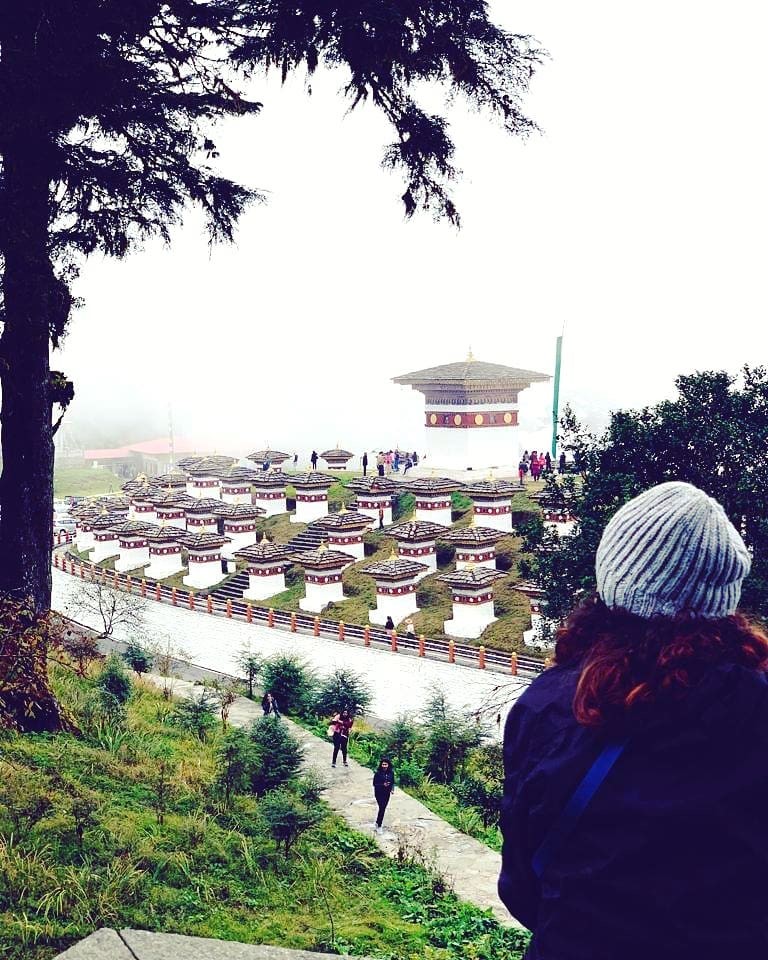 La means Pass and this is one of the prettiest passes in Bhutan on the way to Punakha from Thimphu. It offers you mesmerizing 360 degrees scenic view of Himalayan mountain range. The pass is famous for the 108 Dochula Chortens, which were built on the orders of the Queen Mother. They were created as a memorial honour of the Bhutanese soldiers who died fighting the insurgents in the 2003 war.

The area is beautiful, overlooks some of the highest mountains of Bhutan, and is usually shrouded in mist, giving the entire place a mystical surreal feeling. The Royal Botanical Garden forms the backdrop of Dochula. This huge garden has beautiful rhododendron trees and in spring the park is in its full glory. There are pathways here which will take you to many small caves hidden behind the trees. You will have an amazing time here.

Click here to read about Cafes in Thimphu in detail! 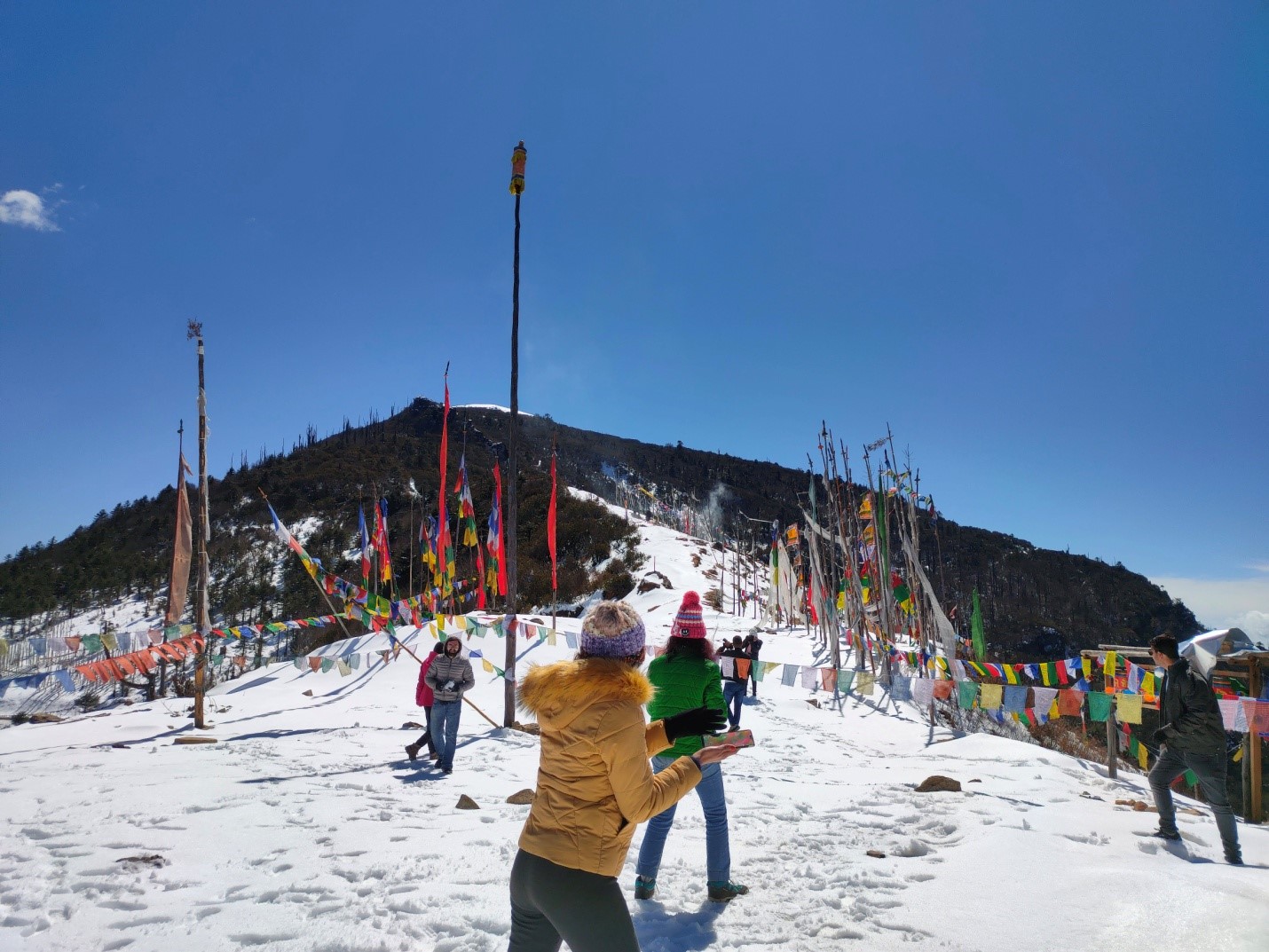 Chele La is the highest motorable pass (12,454 feet) in Bhutan. It connects the valley of Paro and Haa. It takes 2 hours to drive from Paro to here. You will cross forests, waterfalls and colourful fluttering flags on the way.

Chele La is beautiful in every season. Spring comes with blooming rhododendron sprawled across the vibrant landscape of the valleys. If you visit just after the monsoons, the entire area is green. And it experiences a good amount of snowfall during winters.

But whatever the season is, Chele La is crazily windy most of the times. And even though you will have to layer up, the view from the top is worth it. On a clear day, you can view Mt. Jumolhari which is Bhutan’s most sacred peak and you can also get the view of both the valleys.

There are no shops here, but you will find a small food truck. Maggi and Chai in the mountains – What more do you want? 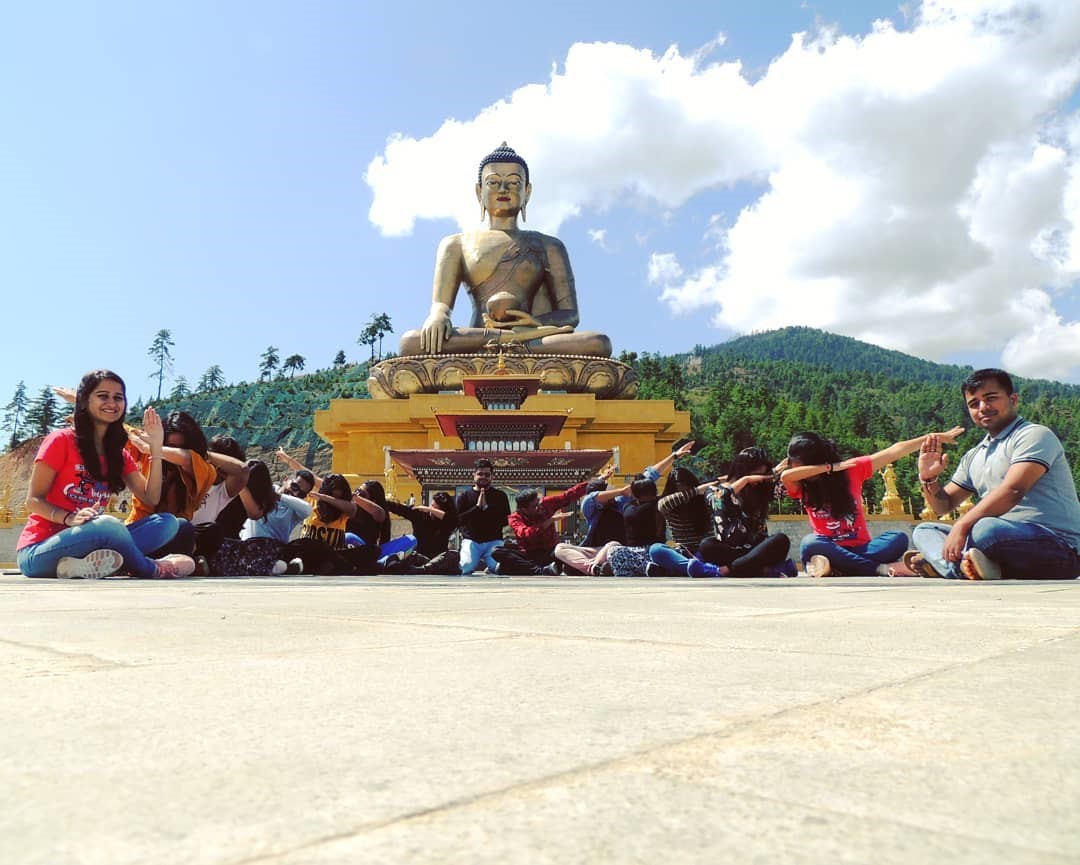 The Buddha Dordenma is a giant golden Buddha Statue sits at sitting on the top of a cliff, looking all over Thimphu.  This massive statue at a height of 51 metres is one of the highest Buddha statues.

The statue was made celebrating the 60th anniversary of the fourth King Jigme Singye Wangchuck while fulfilling two ancient prophecies from the 8th and 12th century which stated that a giant Buddha statue would be built in the region to bless the world with peace and happiness.

The statue is made of bronze and gilded in gold. Inside the meditation hall there are huge statues of  Buddha  and his various manifestations.  The gilded walls are lined with  thousands of small Buddha statues, huge thankhas  and elaborate mandalas .

Walk around this pretty complex, look yonder at Thimpu city below the mountain, take in the surroundings, indulge in conversations with your fellow trippers, pose for mad photographs, or just sit by yourself if you feel like being silent.

Dzongs are fortresses which were mainly built to protect the city from any attacks. Known as “fortress of the glorious religion”, Tashichho Dzong, or popularly known as Thimphu Dzong, is an impressive structure on the banks of the Wangchu River.

There is a huge courtyard, and a beautiful temple on one side. On the other side, there is an administrative block which is not opened for tourists. The delightful architecture and peaceful vibes make it a must visit place.

Once it gets dark, the entire complex lits up making the gold, white and red buildings look more fascinating.

Click here if you want to read about Bhutanese Cuisine! 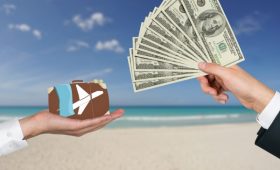 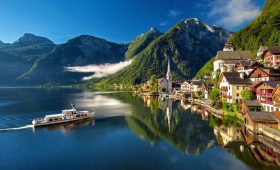 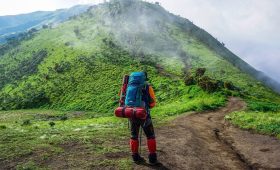