Arunachal Pradesh is one of the last perimeters of India. Tucked between Bhutan, Tibet and Myanmar, this place has been away from mainstream attention for a very long time.

From picturesque mountains, unexplored passes, tranquil lakes, and mesmerizing valleys, to peaceful monasteries, lush farmlands, dense forests and remote villages, the state has it all. Come, let us take you through a virtual trip to this place.

Take a road trip to Tawang, which passes through the colorful hills of the Himalayas.

Tawang is a place which will flatter you with its natural beauty wrapped in the scent of spirituality. The Tawang Monastery here is the largest in India and second largest in the world.

Then there’s Sangti Valley, Arunachal’s little piece of heaven. Since this place is not known to many people, its untouched beauty is definitely a reason for you to explore this place if you are looking for a peaceful retreat away from the crowd.

Drive through the Sela Pass. Start your journey from Tawang as the road takes you through the beautiful countryside. Perched at 13,700ft, this pass is famous for the legend of Jaswant Singh Rawat, who was a Sepoy of the Indian Army who tirelessly fought and stopped Chinese soldiers during the 1962 Sino-Indian War. Near the pass is also the religious Sela Lake, which transforms into a frozen spectacle during winters.

Have a thing for waterfalls? Visit the picture-perfect Nuranang Falls in the Tawang district.

Experience the fluorescent green glow of Ziro. The villages in Ziro Valley have been declared as World Heritage sites.

Also, Do you love to attend music festivals? The Ziro Music Festival is one of those rare celebrations, which offers you a blend of the beauty of nature with the enigma of music.

The Mechuka Valley in the West Siang District of Arunachal Pradesh is a hidden gem near the Tibetan border. When you are in Mechuka, you are only 29 km away from the Indo-China border. The town is known for its picturesque hills, exotic tribes, Siyom River, and snow-capped mountains that surrounds it.

Visit Bum La Pass as well which is one of the most offbeat passes in the world. At 15200 feet above sea level, this place is covered in snow throughout the year.

Admire the beauty of Sangestar Lake. The lake is also known as Madhuri lake because a popular song of the film Koyla starring Madhuri Dixit was shot here. 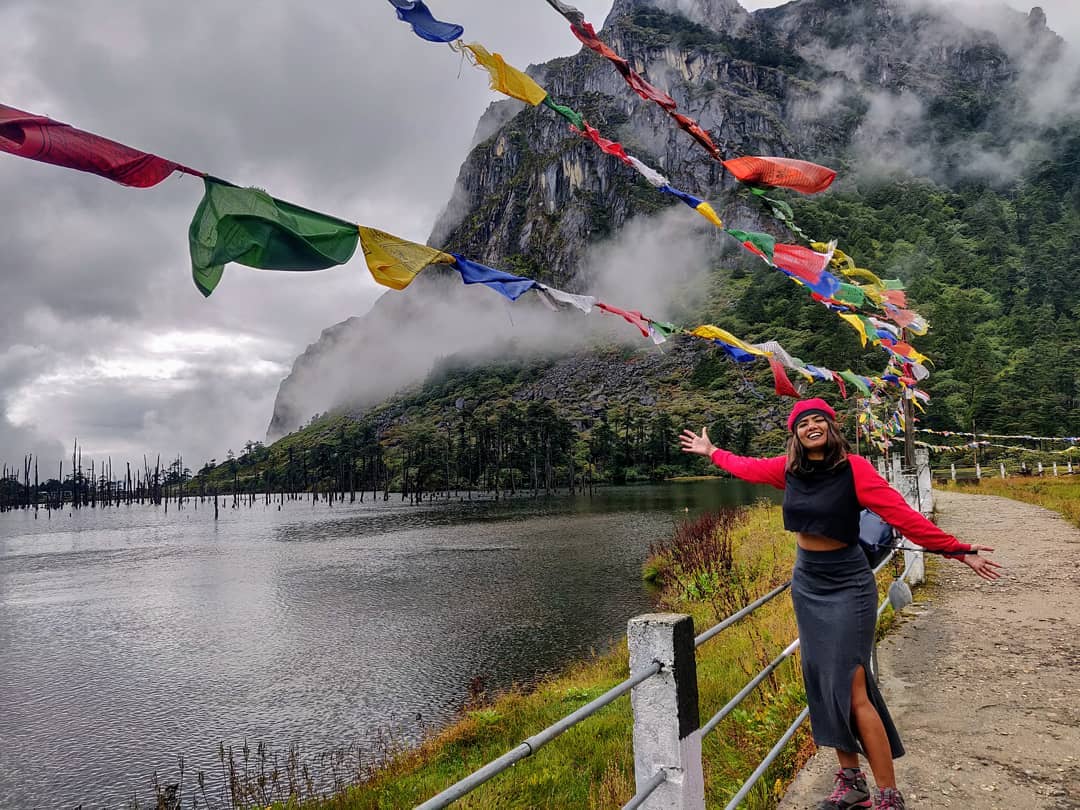 A fun fact? Despite being the largest district, it is the least populated district in the country.