‎I have had the best six years of my life while being at On His Own Trip, in a life full of amazing years. But 2016 and 2019 have been the most significant in terms of the brand! As a team, we decided to share our favourite moments in 2019 so here’s my list 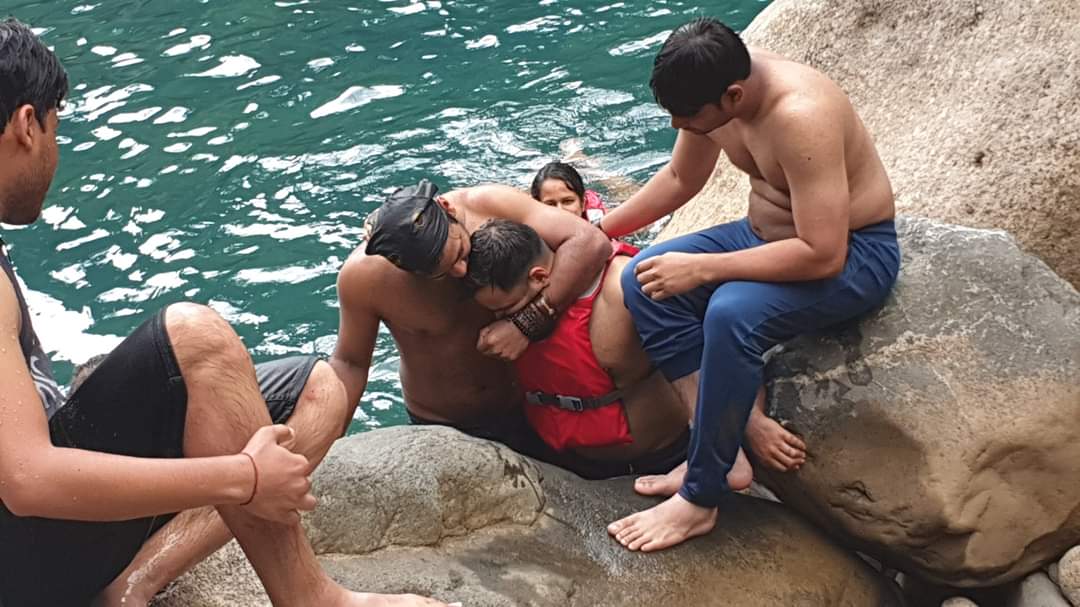 1) Living Roots bridge Trek, April 17 : I had done the trek 8 – 9 times before, so I know every inch of the trek. We were all down in one of the lagoons under a metal bridge, and all the swimmers waded across the decent river current to a small waterfall. The others sat on the banks watching us. Rishabh and I decided to get the whole team across, and then began the emotional sojourn of convincing some people terrified of water to count on us to get them across. The level of trust people showed in me that day, the faith that I wouldn’t let anything happen to them, their eyes, the tearful breakdown Moiz had on actually crossing across, the way our driver celebrated Moiz’ crossing, wading across the water fifteen sixteen times for over an hour and feeling my body frozen, eventually completing the trek with the last ones at night, and the whole team celebrating it and me and Moiz being on a high and doing sixty pushups each the moment we reached the last point on the trek, I can never forget. 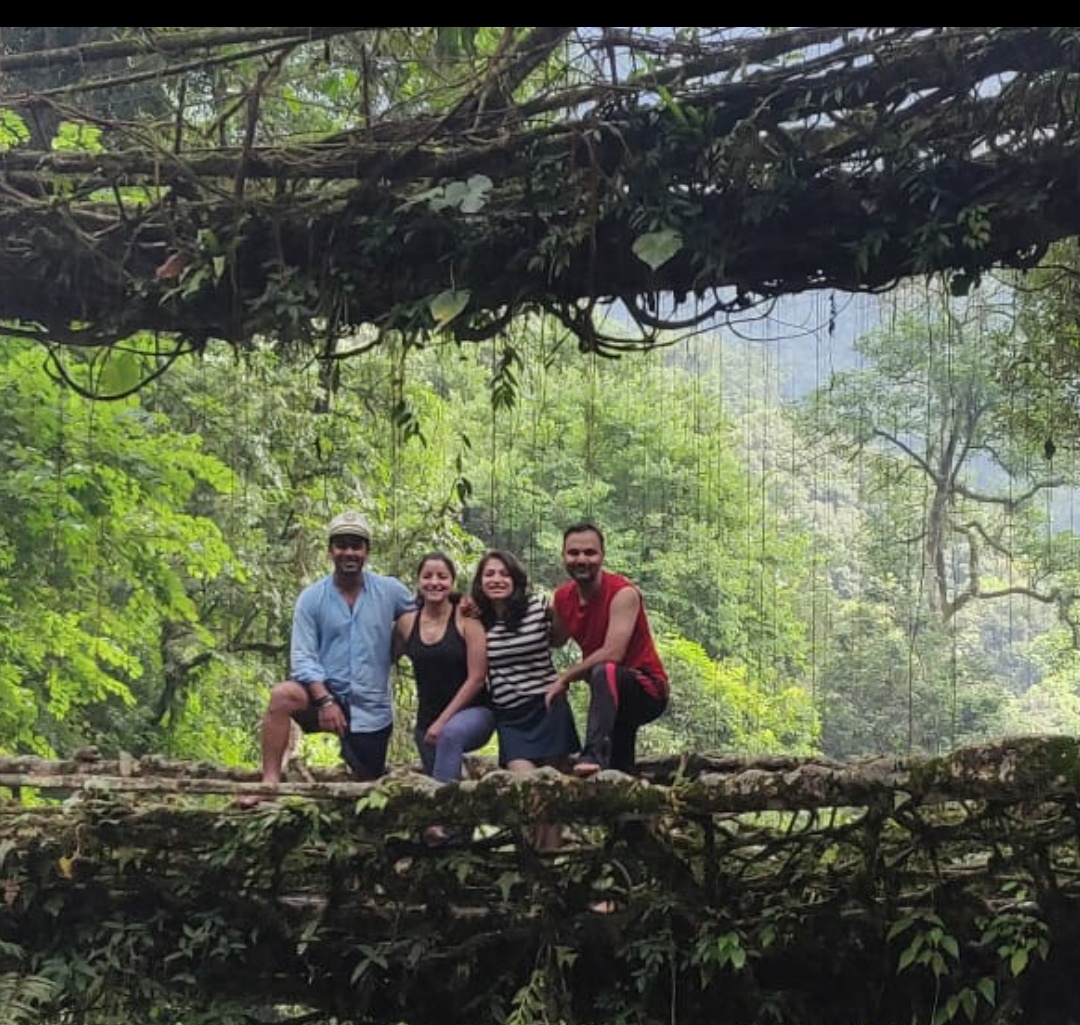 2) Guwahati airport, September 21: Reshma, Harpreet, Anoop are three of my closest friends in life. They first came as trippers with me in May 2016 to Meghalaya. On this date, I had just landed at Guwahati airport and was walking to the exit to meet my trippers when the three came from behind pillars and hugged me tightly, laughing and screaming. I was very confused to see the three of them at the airport. In a few minutes, I found out that they had booked the Meghalaya trip again, and had given fake names while booking so that it was a surprise for me. Having my closest friends surprise me, and return for a trip that they had done three years back was very emotional.

3) Norway, August 1 : It was my last day in Norway. I was returning by bus from Sogndal to Oslo, to board my flight to India. It was a 7 hour journey and my plan was to sleep through. But the route was so stunningly beautiful, that my face was stuck to the window throughout the 7 hours, and I almost teared up at seeing the stunning panorama and the wild mountains 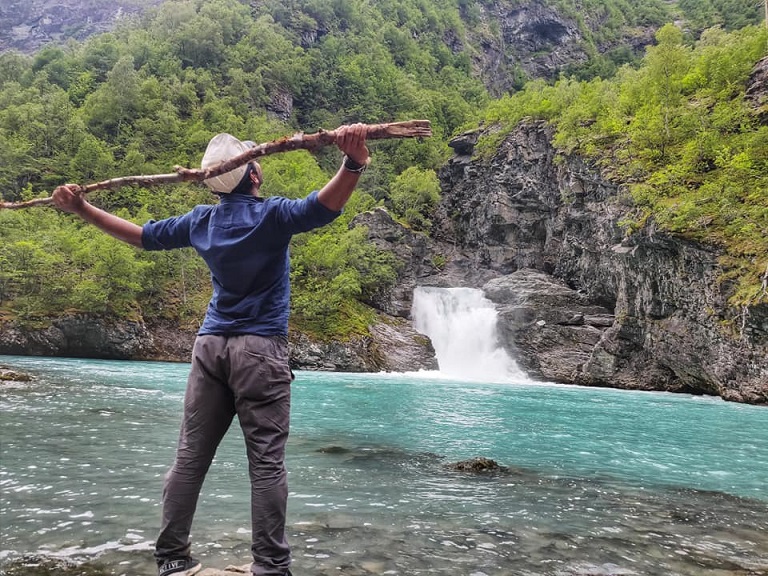 4) Norway, July: We were on a speedboat tour of the fjords, and I saw a seal sunning itself on a rock. It was at quite a distance so we didn’t see it very clearly but the very fact that we saw a seal, an animal I had seen in books when I was a school kid, made me very very happy 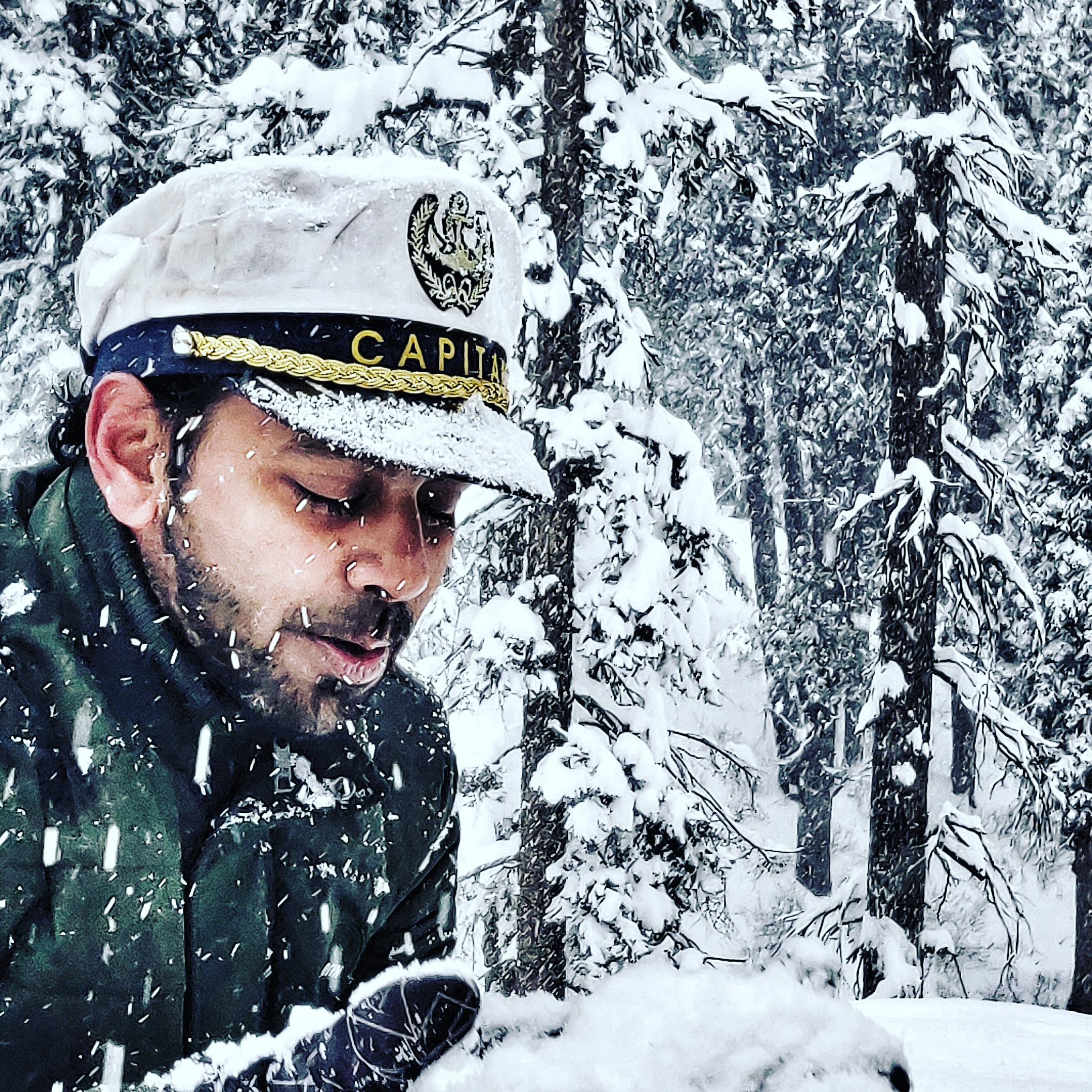 5) Kashmir, January 1: The first day of the year, my birthday, and we were on a group trip. It was the fifth day of the trip, and though we were having a lot of fun, we hadn’t seen any snowfall yet. Right from the first day, I told everyone that it would snow only on my birthday. For four days it didn’t. And then it snowed on the night of my birthday. We all went out and stood still in the silence of the night, watching the white fall all around us. Many people teared up that night. It was beautiful 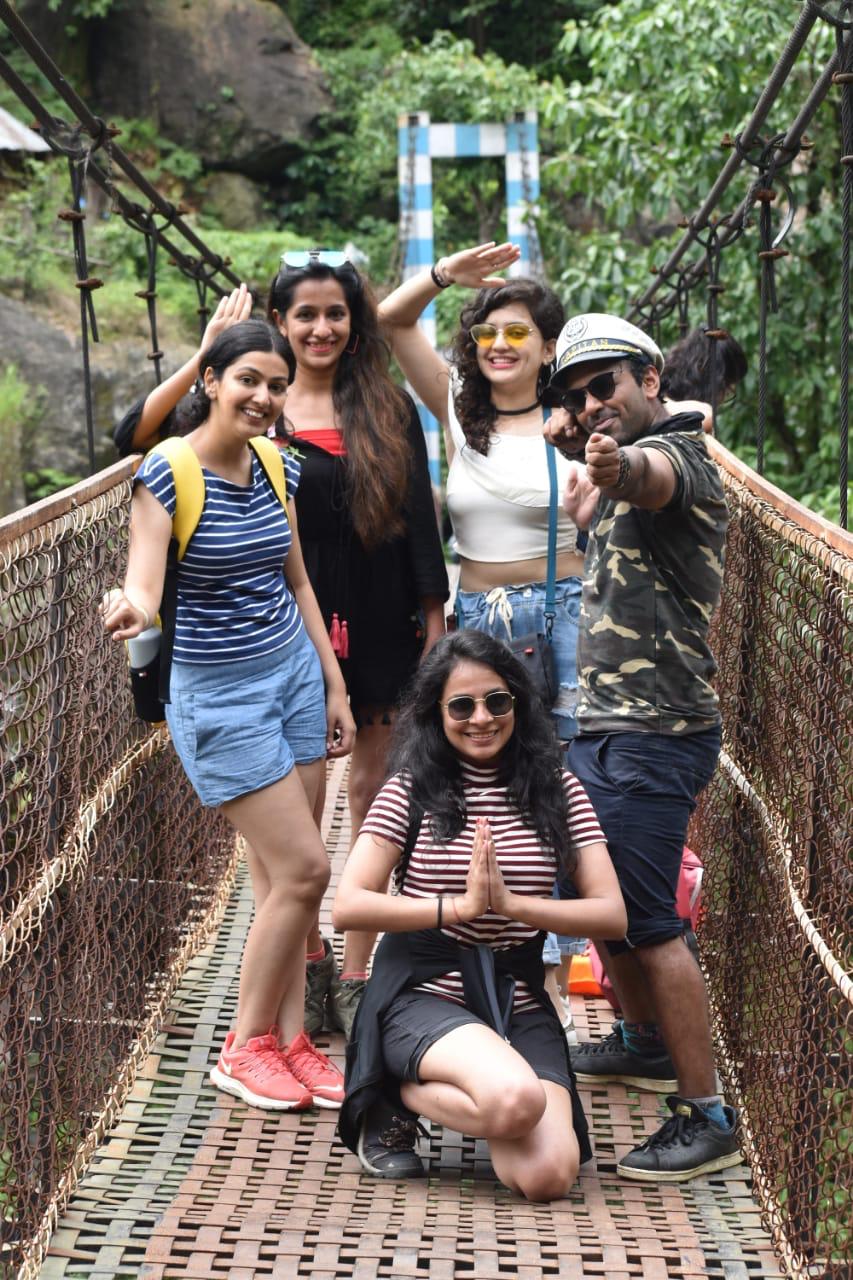 6) Meghalaya, May 25: It was the last day of the trip. Srishti and Hiral, I was already close to from past trips, but Chandrika and Masarrat had come for their first, and the five of us had an amazing bond. For the past six days, after everyone slept, the five of us would sit in one room and talk till dawn. On this last day, we had just shifted to the hotel in Shillong and I was handing out rooms to everyone. As I walked towards my room, I saw the four of them stand outside one room and look gravely inside. I knew I had given them the smallest room (and I assumed I could cos they were close to me), and I wondered if me doing that had upset them. I asked them why they looked serious, and the unanimous reply was, “we are figuring out the best way to fit the five of us in this room tonight.” It was the most adorable thing to say. 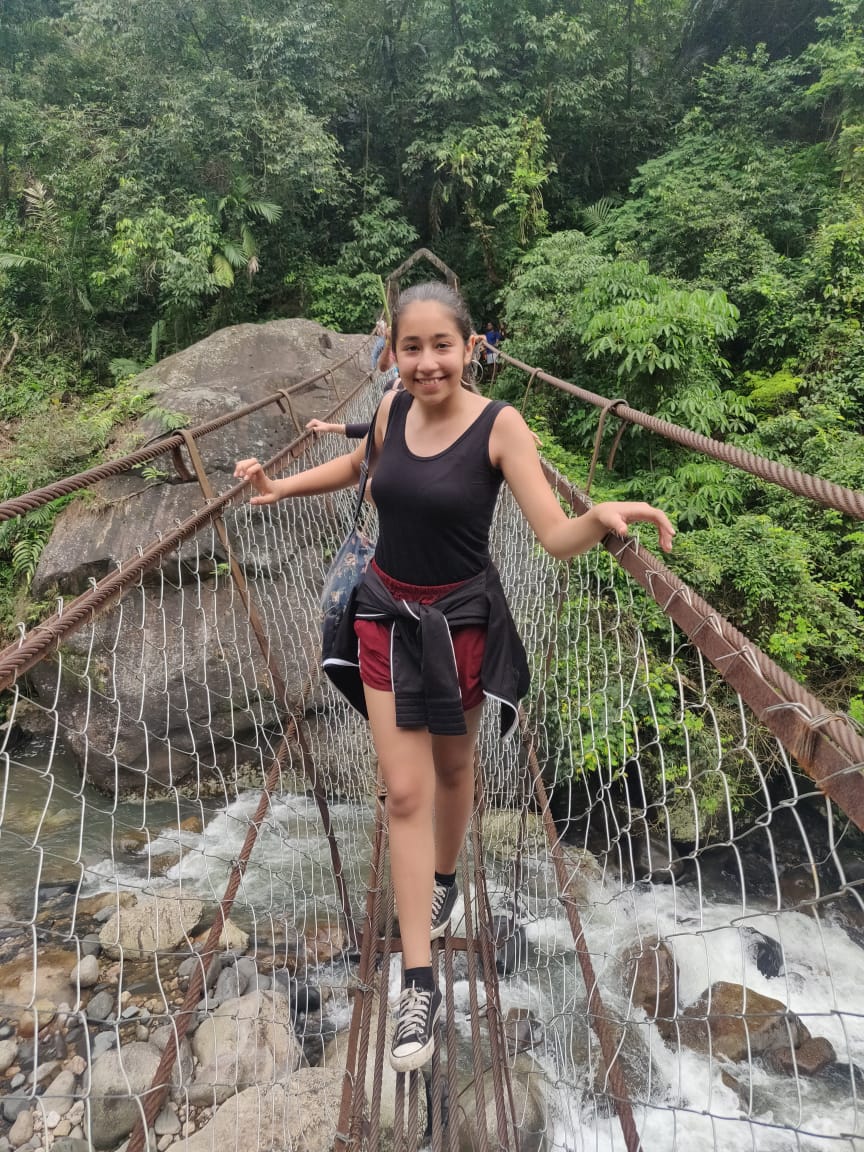 7) Living Roots, May 23: We had just begun the trek, when a local came and started shouting at me. He knew I was a trip leader and his problem was that I was taking people on the trip myself, and not employing a local to handle it. I tried to reason with him, but he kept screaming, abusing and then threatened to hit me. Mehak, who had come with her family, came ahead from the group and immediately stood between me and him. That made me smile. Half an hour later as we trekked down, Mehak was still agitated and said “I’d have hit him if he had touched you.” Before I could respond, her 13 year old daughter (and my favourite person), Imairah shouted “I’d punch him too if he touches Neeraj.” A 13 year old wanting to fight for me was the cutest thing I could have heard, and I just hugged Mairu then. 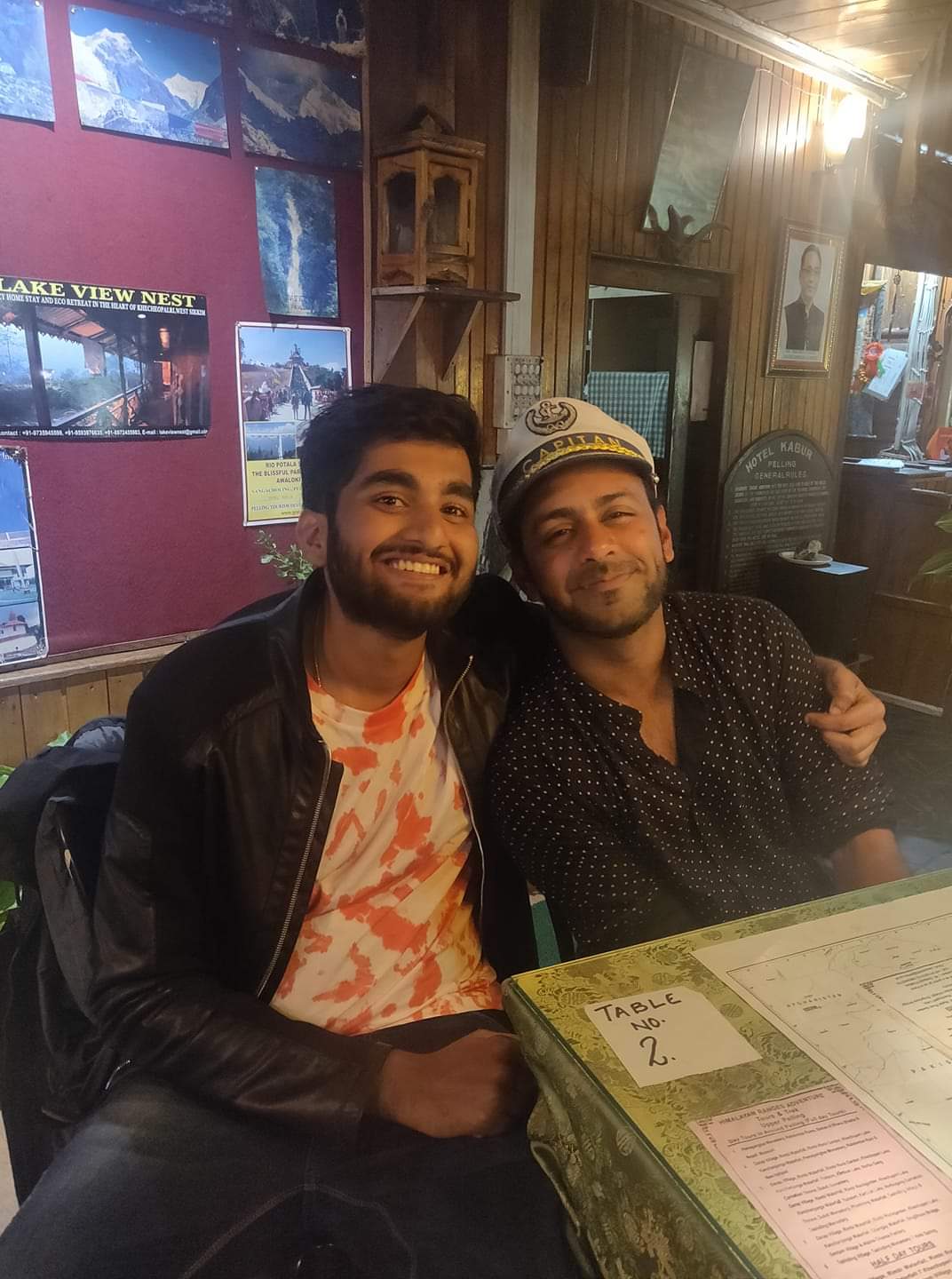 8) Bhutan, September : I was in the room with Krishna and Abhay. I was heading out to join the trippers in another room, when Krishna stopped me. He pointed at my feet, and I looked at the hotel slippers I was wearing. I looked back at him, puzzled. “Bhai, aap yeh mat peheno, aap mere peheno”, he said taking off his Tommy Hilfiger slippers. I was even more confused now. “Why”, I asked him. “Aap leader ho, I want everyone to look at you with respect. Aap yeh peheno, Ill wear the room slippers”It made me laugh. I have never cared two hoots about materials, brands or designers. But his concern for me melted me. It was his second trip with me, and on this trip, Abhay and him were like my two hands, helping me with everything. “And you think I’ll wear a branded thing, and let you wear something else?” I questioned. The three of us left the room, all in hotel slippers, laughing, and the Tommy slipper lay there on the floor. The brand might have done a thousand things right in its history, but human emotions trumped it that night. 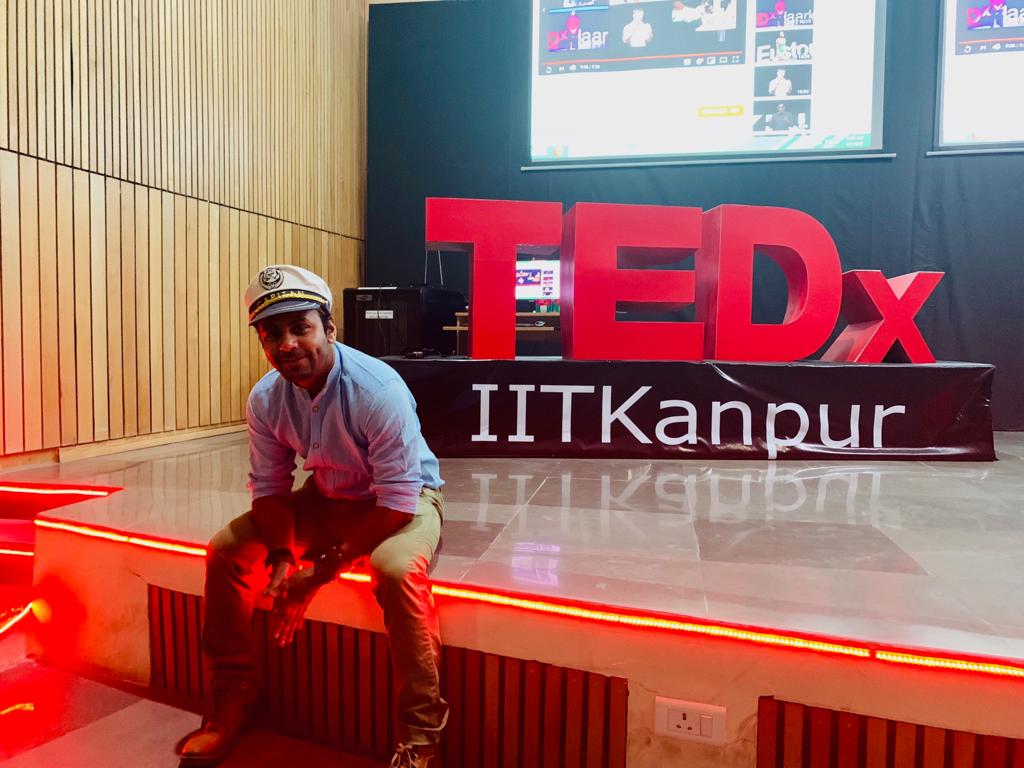 9) Being called for two TEDx events. Personally, they aren’t half as important as any of the incidents I mentioned above, but they did add a lot of value to my personal and brand credibility so they deserve a mention. 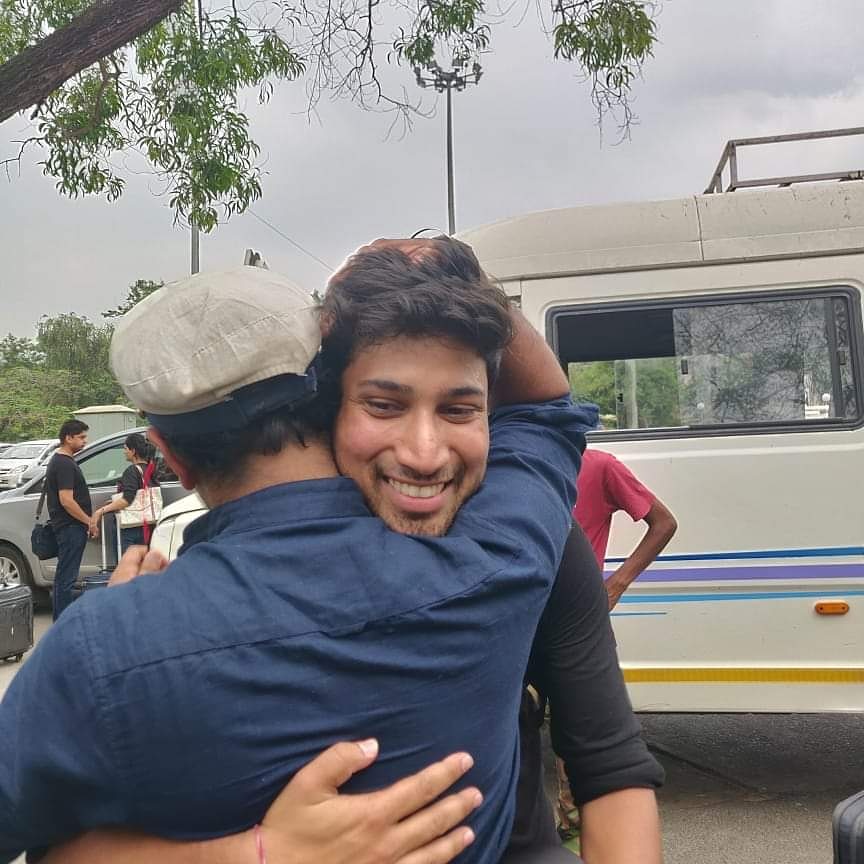 10)Conversations and love throughout the year: It is impossible to pick a single one. I met some of the nicest people in my life in 2019, had some very beautiful conversations, in the mountains or near the sea, and a few of those people are now like family. If I look back, its like a blur – the smiles, the hugs, the tears, their heads on my chest, the arms holding their protectively, the warmth, the words, the faith oh the faith, me shaking my head because I can’t believe the intense faith, the friendships, the boys hugging together huddling together, the farewells at the airport, the breakdown of emotions at the airport, the jumping around when we cancel tickets and extend the trip, the people who look back cos they can’t extend the trip, the eyes looking on, oh the eyes. 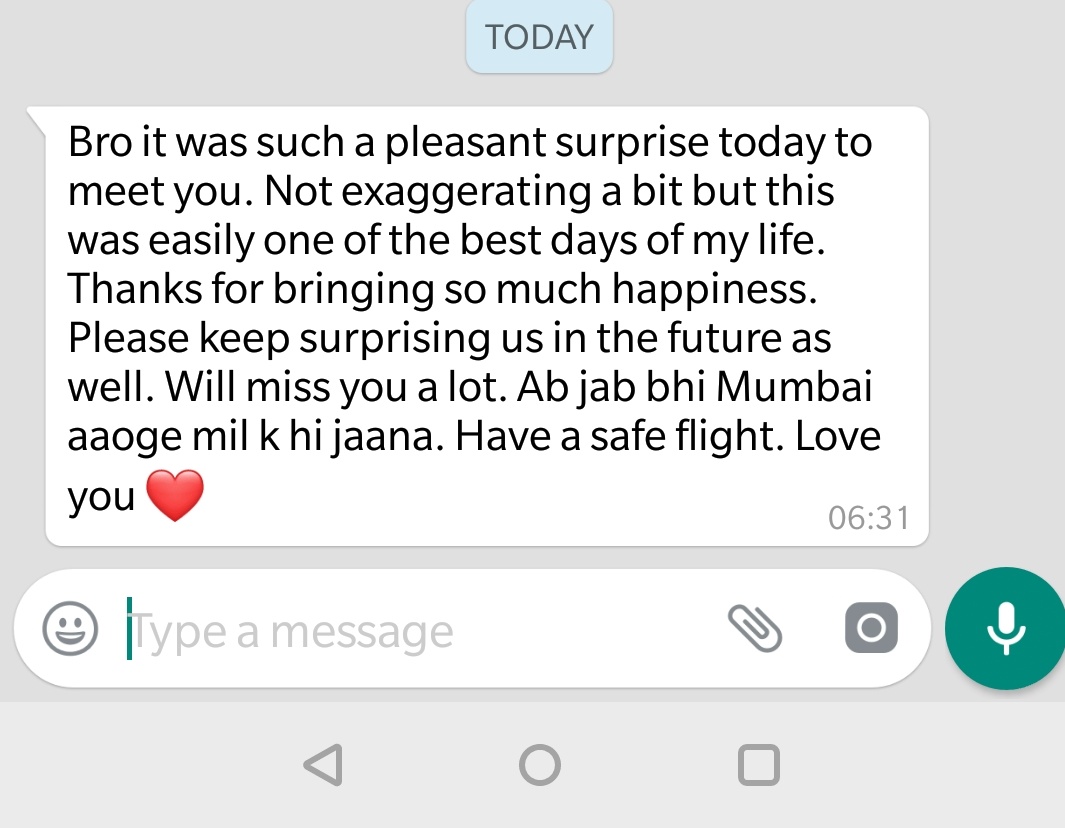 11) The love, warmth, trust, faith I have got from many many people whom I have never met but decided to message me personally and make a confession, or share a secret, or just pour their feelings out to me, is what makes me overwhelmed, emotionally gratified, and never ever tired, and there is nothing I can say with more honesty. It is baffling, it is surprising, it makes me shake my head in disbelief, it makes me smile a lot, it makes me want to do more and more, and it keeps me content in every drop of blood of mine, in every breath of mine, in every living moment. 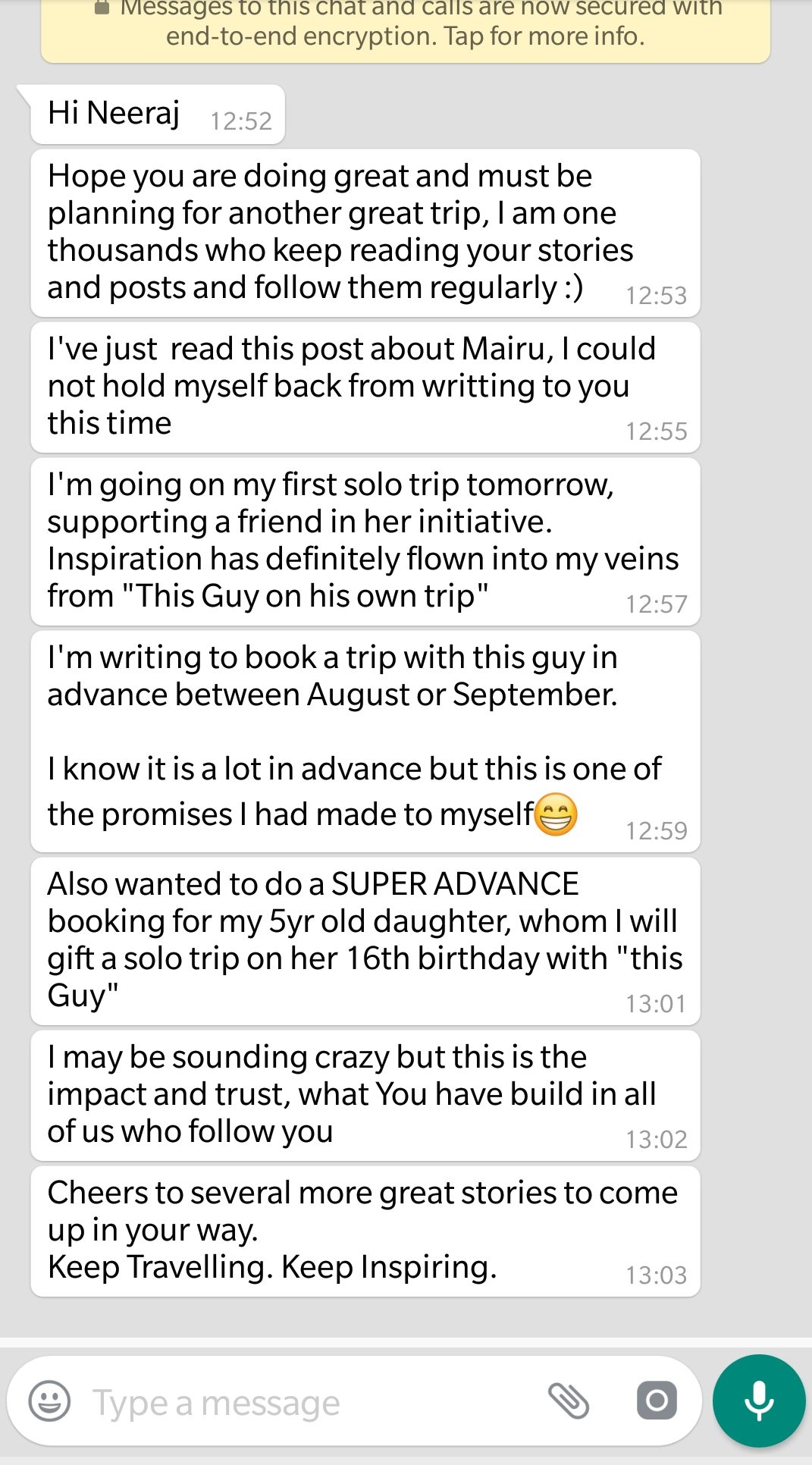